A group of five councillors – independent of any political group – have submitted budget amendments that would actually see more cuts to services being made than those in charge are proposing, claims Cllr Bacon. 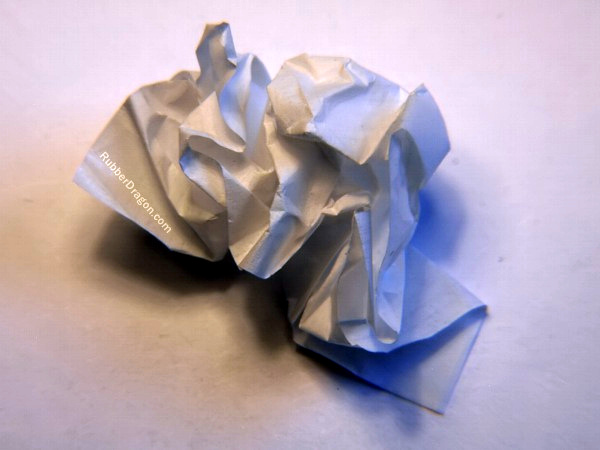 Ahead of tomorrow’s Budget-setting meeting, Leader of the Isle of Wight council, Jonathan Bacon, has today written to all councillors in relation to the budget amendments put forward by the Independent Members’ Group (IMG).

The IMG is made up of five councillors, four of whom are former Island Independents and one a former Conservative. Cllrs Blezzard, Chapman, Gilbey, Jones-Evans and Priest. You can read their budget amendment in yesterday’s report.

OnTheWight wrote to Cllr Priest prior to publishing – His response is toward the bottom of the article.

In respect of the IMG proposals the Administration is conscious that these have come along at the last minute raising a number of issues which have not been subject to proper consideration and discussion prior to publication.

Further they appear to be largely dealing with policy, rather than budget issues and have not been subject to impact or risk assessments.

They contain a number of issues which were either not raised at the Budget and Policy Liaison Group (BPLG) or were raised and rejected by that group. The Administration cannot support these proposals.

Why amendments won’t be supported
To hopefully save time on Wednesday night I have set out below brief reasons for this view in respect of each item. We have attempted to get some explanation and clarity in respect of the proposals from Councillor Priest, who is presenting them on Wednesday on behalf of his group, but none has been forthcoming.

(a) Mental Health Day Services: This appears to be in part restoring a cut that was rejected by the BPLG. Councillor Priest’s proposal is also understood to extend to a proposal to close Westminster House. The Administration does not wish to cut this service.

Dynamic Purchasing System (DPS): It is unclear what is proposed here. The use of DPS for individual pricing of care is not supported by Providers. The imposition of the system would in their view risk the loss of some care providers and will inevitably lead to price increases.

Senior Social Care Managers: This process is currently underway and has been budgeted for. The process and steps to be taken have already been formally considered by the Employment Committee

Local Area Coordinators (LACs): Councillor Priest has not spoken to Age UK about this. LACs are essential to the current improvements in health and social care. In any event LACs’ cover ‘cradle to grave’ care whereas Age UK is only concerned with those of 50+ so the assertion of duplication is incorrect. Further, despite what is asserted, there are only 3 LACs at the moment and the money for them comes from the Better Care Fund so any reduction would not be a budget saving as such.

(b) Increased Charges: This is inappropriate in the current economic circumstances. The issue was raised, considered and not pursued by the Scrutiny Committee. In any event the figure put forward is not substantiated and appears to have been plucked out of thin air.

PFI: Again this figure is unexplained. In any event we are currently in the middle of an ongoing legal dispute resolution process with Island Roads making it inappropriate to make such proposals at this time. This was clearly explained at a BPLG meeting.

Constitutional Matters: A formal constitutional amendment would be required to remove the possibility of appointing an Executive Secretary and to reduce the upper limit of Executive members that could be appointed. In any event there is no intent to appoint an Executive Secretary and the number of Executive members has already been reduced. Further the proposal to allow the roles of Executive Member and Planning Chair to be undertaken by one person, which is due to be considered at Full Council in March, will save a further SRA (although this will be subject to the usual vote in respect of the post of Planning Chair at Annual Council).

Parking: All issues in respect of parking are being considered in the Parking Strategy which is in development in accordance with the decision at the last Budget Council. Again this rationale was considered and accepted by the BPLG.

Senior Manager Structure: There appears to be no clear proposal here and simply a statement referring to work that has been ongoing for some time. 17 Chief Officer posts have gone in the last five years, including 7 in the last two years. Further and in any event, savings are already programmed as part of the changes to the operating model which would include any proposal under this heading.

Overall therefore there appear to be no justifiable, substantiated or sustainable savings suggestions being advanced in this proposal and therefore it is not necessary to look at the (uncosted) suggested uses for money saved.

Richard Priest’s response
We wrote to Cllr Priest prior to publishing and below is his response.

Thanks for email and apologies, I’m just on the way to a meeting so have not had chance to read all of the Leader’s email.

Just looking at the first point, neither I nor my colleagues have ever mentioned Westminster House (please check our proposals) so I am unclear why Jonathan would wish to make such a blatantly untrue statement and cause alarm to staff and those that use Westminster House.

Our proposal is to re-provide Mental Health Day Services, making a revenue saving in the order order of £125,000 per annum – in addition to securing a capital receipt.

You may not be aware that this proposal, and the proposal on the Dynamic Purchasing System, was discussed at last night’s Health & Adult Social Care Scrutiny Meeting and the Director confirmed that both of these proposals were achievable, and would not impact on those that use these services (not one member of the Executive was present at the meeting).

I’m not sure if Jonathan has provided the same analysis of other groups’ proposals, and I’m also unclear, when there is a potential of revenue and capital savings (and improvements to service), why he has decided, before the budget debate, not to consider them further and recommend refusal to others – particularly, when he has used untrue statements to justify his position.

Hope this helps and I will address all points at the Budget Meeting Tomorrow, but, as you may appreciate, I am concerned that Jonathan has made up stories again.

Image: rubberdragon under CC BY 2.0

newest oldest most voted
Geoff Lumley
RP – “I’m not sure if Jonathan has provided the same analysis of other groups’ proposals”. He hasn’t. Probably because Labour and Ukip (and even the Tories) fully engaged with the administration over the Budget in the preceding months before publication. What Labour wanted to protect (for at least the next year) was largely incorporated weeks ago. Ukip’s proposals are just some reshuffling of the cards available.… Read more »
Vote Up00Vote Down
Phil jordan
geoff: I also wrote on Friday asking for clarification…. I have been promised one …”on Wednesday”. Cllr Stubbings has asked three times now for clarification….. nothing back on that. Cllr Bacon has also asked for clarification …. nothing back on that. This needs to be seen for what it is….. and that is NOT working for our residents and Island…. this is using every opportunity by varying… Read more »
Vote Up00Vote Down
Man in Black
I have to agree with Phil here. It appears the IMG budget is simply a distraction, making what will already be a tense budget meeting (contrary to popular belief, do you really think our councillors want to cut services?) even more stressful for all those taking part and spectating. It’ll turn what could be a straightforward meeting into a public circus. I just hope councillors don’t take… Read more »
Vote Up00Vote Down
Black Dog

Very disappointing response from councillor Bacon,. The timing of any budget amendments was clearly within the timescale otherwise the council would set earlier deadlines.

This administration, despite claiming otherwise is far from inclusive. I am of the opinion that it is a closed shop run by just a few of the usual suspects.

Typical Bacon and Co, rubbish everyone else’s ideas and peddle half-truths and or smears. They really think only they have the answers don’t they? No wonder they don’t want a Mayor.

Interesting to see the International Marxist Group is still going…

BTW I am not a Marxist- that ideology has already failed.

Marxism is an analysis before it’s ever an ideology – it was trying to make it the latter that failed, and pickling it into a religion.

The IMG budget isn’t an ideology – I’m sure of that much. Whether it stands up as analysis or not is the question.

Agreed. Marxism, like all -isms and religions, ran foul of human greed and self-interests, rather like capitalism.