The proposed budget sees a council tax rise of 3.99 per cent and £4.5m of ‘savings’ across all areas. Read the papers below 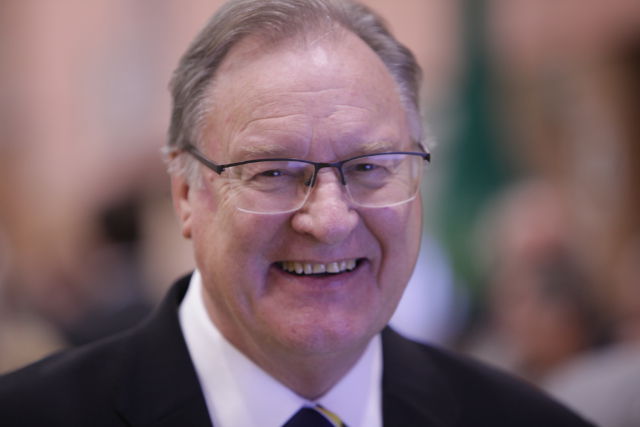 The Isle of Wight Conservative administration have revealed their budget proposal for the coming year 2020/21.

There is no positive outcome yet from the Government’s Fairer Funding Review, IWC are hoping for an extra £1.5m but won’t know until later this year if successful, and any Island Deal (possibly bringing with it £6.4m) has yet to be agreed by the new Government. The council say that commitment made by Prime Minister Boris Johnson prior to the election will continued to be pushed.

Rise in council tax
If the budget plans are approved by the full council on 26th February, Islanders will see a council tax rise of 3.99 per cent, 2 per cent of which will go directly to help fund the ever-growing adult social care budget of £56.1m. This equates to an extra £1.04 per week for a band C council tax payer.

Business rates
The Isle of Wight council were previously involved with a Government pilot scheme that saw them retain 100 per cent of business rates received – around £1.8m per year.

All pilot schemes have now been scrapped and in this current year the percentage IWC could retain was reduced to 75 per cent and for 20/21 this will be reduced to 50 per cent, meaning the council have make up a shortfall of £900,000.

No job losses
No redundancies are expected for the 1,400 staff at the Isle of Wight council. Cllr Hutchinson explained that staff pay awards have been built in at 2 per cent (roughly the same rate as inflation), but that unions were calling for a 10 per cent pay increase.

Leader of the council, Dave Stewart, said the number of staff at the council was around one third less than five or six years ago.

Zero overspend in current budget
Cllr Stewart explained that through ‘efficiency savings’ the current budget, which had previously forecast an overspend of £1.2m, will now come in at zero, putting the council on a “financially sound basing”.

Explaining the reserves
CEO of the council, John Metcalfe, explained that throughout the year the “budget is a moving feast”, but no money is being taken from the general reserves this year. The council’s minimum reserves were reassessed 18 months ago and raised from £5m to £7m. The current reserves are around £12m.

Cllr Hutchinson equated that to the scenario of a couple both earning around £25,000 each, but maxed out on credit cards, one of them losing their job and having £500 in the bank between them.

Treasury Management staff were praised for their hard work and cautious, but optimistic approach. Cllr Hutchinson said without them being on top of financial matters, adult social care and children’s services would be under greater pressure than they are.

The papers
See the budget papers below. Click on the full screen icon to see larger version.

newest oldest most voted
chausettes
This news is a tacit admission that our elected leaders (Dave Stewart, his cabinet of councillors, Bob Seely MP and our PM Boris Johnson) are effectively useless at serving our interests. The whole thing stinks and I’m sick of hearing the excuses and weasel words such as ‘efficiency savings’ – Bob’s tried to be clever and label his plans an ‘Island Deal’ thereby implying it is a… Read more »
Vote Up48-9Vote Down
chausettes

Come on then Mr or Mrs ‘Thumbs down’ – give us your tuppence worth…!

Absolute disgrace, who voted these parasites in?

Hang on, I thought everything was going to be hunky dory now Brexit is done?

Vote Up24-8Vote Down
ansallmoneyfordyouknow
A life without ”uncertainties” isn’t possible in a world which to the present day continues to be ruled and many would say even ruined by imperfect people. A life free from trouble and strife is what we all at some point in our lives dream about but rarely find. Boris Johnson is no political messiah no matter what he says and one thing we can be sure… Read more »
Vote Up16-2Vote Down
BigG
Just like the past decade where absolutely no consideration has or is given as to whether tax payers can afford the year on year increases continuously set; those increases being consistently way above what people can actually afford to pay due to the fact that pensions and wage increase are no where near the same rate of percentage of tax increases set each year, every year, forcing… Read more »
Vote Up15-2Vote Down
Benny C

Deal with it. Your National government created the circumstances you’re complaining about. Stop whining and start delivering.

Vote Up40Vote Down
Spartacus
Best plan is sack them all with there over inflated expenses, some who claim and don’t turn up at meetings. They have no interest or social responsibility to the population and continue to come up with stupid plans like reopening the Undercliff Drive, possible sanctioning for UKOG to drill for oil. How outrageous to put up car parking prices, further increases in council tax. Madness, there will… Read more »
Vote Up30Vote Down