Isle of Wight councillor explains why they are standing down

The councillor explains why they no longer feel able to devote the time and energy to their ward here on the Island. 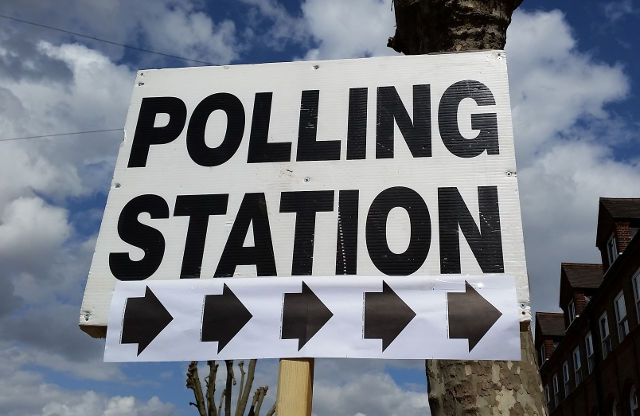 Island Labour would like to thank Cllr Julia Baker-Smith for her service as councillor for Whippingham and Osborne ward. Cllr Baker-Smith was elected as an Independent in 2017, and joined the Labour Party in 2018.

Achievements
Cllr Baker-Smith has been an energetic and successful councillor for the ward, and has a commendable list of achievements to her name, including:

“Julia has been an excellent councillor for the residents of Whippingham and Osborne, and her achievements speak for themselves.

“With a new full-time job in Manchester, she didn’t feel able to devote the time and energy to her ward here on the Island, and it’s a testimony to her sense of responsibility that she has put those residents’ interests first.

“All at Island Labour wish Julia all the best with her future in Manchester, and we look forward to shortly announcing our candidate to contest the by-election in Whippingham and Osborne.”

“I have today, handed in my resignation to the monitoring officer of the Isle of Wight Council. I have been giving this careful consideration for some time and have discussed it in depth with the local labour party.

“It has been no secret that for the last few months I have been working part time on the mainland, splitting my time between the Island and Manchester.

“I have now been offered a full time position as a domestic abuse liaison officer for the NHS, working on a new pilot project that seeks to improve the journey of survivors of domestic violence and abuse, an area many people will know I am extremely passionate about. I will therefor need to focus my energies on this new role, making the previous level of travel I have been doing unsustainable, and feel that it would be best for the residents of Whippingham and Osborne if they are represented by someone able to give them 100% of their focus.

“I have worked with some incredible people over the last six years, both within the Council and across the Island and am so very grateful for having had the opportunity to make even a small difference, both locally within the ward and on a wider level in my previous role on the Council’s Executive.

“I would like to thank the residents of East Cowes and Whippingham for choosing me to represent them since 2013 and wish my successor the very best in looking after the area I will always call home.”

Image: bagelmouse under CC BY 2.0

She was an island independent when she achieved all of the above ! She went to labour knowing she was moving to Manchester. They knew this.

We did not know it, and neither, at the time, did Julia Baker-Smith. That she was an Independent when elected is of course true, and Mr Critchley says as much in his statement.

Actually, to be entirely accurate then …. Julia was actually voted in as an Independent in May 2013. During the time between 2013 and 2017 Julia held a number of senior positions and was ‘cabinet’ member for Planning and Housing.

Between January and May 2017 she was Leader of the Independent group in County Hall.

No mention is made of those facts.

I wonder if Julia claimed her full IW Council allowance even though she was ‘splitting her time’ between Manchester and the Island?
And what is it with Labour members quitting either the party or the council?

She made a change from the usual reactionary grey men brigade the council is still sadly mostly made up of.

I thought she brought a different perspective and voice to Council happenings and for that she’ll be missed. From what I saw, she did a better job than a few councillors out there and I could never understand the small minded campaign against her. All the best for the future, Julia.

Vote Up27-14Vote Down
alisonjane
Julia was a terrific Councillor, standing up for her community + its residents. She was an inspiration to many juggling being a Councillor whilst looking after her family. Many women have since been elected to the Islands Parish + Town Councils because Julia has taken away the very old fashioned view that only retired old men are worthy of becoming Councillors, which is exactly how it was… Read more »
Vote Up33-25Vote Down