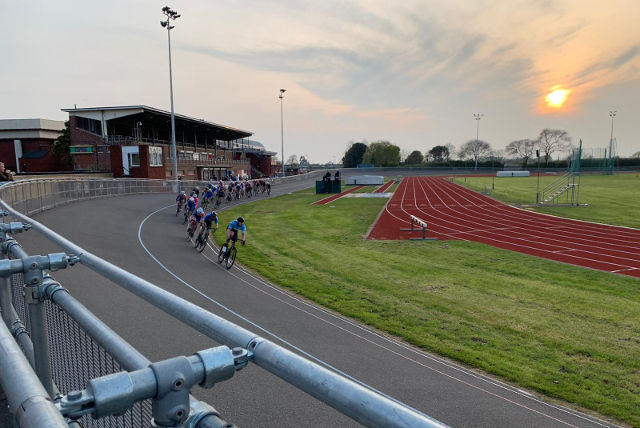 The First round of the World Ebike Series took place in Monaco on the  12th and 13th April 2019 making history as the first international electric assist bicycle race.

Wightlink-Wight Mountain Cycle Race Team member Adam Holleyman (pictured below) was invited to complete in the Cross Country race. The riders were treated to a contrast between the luxury of Monaco harbor for the race HQ and the high mountains of France that surround the principality for trails that would test the riders skill and fitness.

The Enduro is a multi-stage timed event with competitors completing a 30km loop with three timed special stages within the loop. The winner would be the rider taking the least time to complete the special stages.

The XC was held on a 2.5km course with competitors completing six laps resulting in a 15km race that lasted just under an hour. Before entering the lap, riders started in the historic village of Peille, making their way up the steep mountain road and joining the lap.

Each lap consisted of a rocky stepped, root filled climb that tested the not just the fitness but the technical ability of the riders. Once at the highest point, riders had a steep descent to test their bike handling skills over loose rocky turns, mud and more roots. The final part of the lap consisted of a ‘stadium’ area showing off the ability of the ebikes to spectators, with some challenging steep ramps and jumps.

Whilst the electric motor on the bike allowed for more challenging terrain to be covered, both events had to be completed with a single battery, testing the fitness of the riders and adding an additional tactical aspect to the racing.

Wightlink-Wight Mountain CRT member Adam Holleyman completed in the XC event against a stacked field of international riders. With Ebike racing being a new event at the world level, top riders from many cycle disciplines were present on the start line including Olympic XC medallists , World tour road cyclists and elite level Enduro risers making up some of the field. Adam was pleased to finish the first event in 14th place, already looking forward to the next event in Switzerland in three weeks time, aiming to improve for a top ten result.

Portsmouth Evening Circuits @ Mountbatten Centre
New team rider Kev Chant attended the 3rd cat race at Portsmouth track on Wednesday 17th.  A few attacks in the opening minutes of the race gave Chant the opportunity to get away in a 5 man break.

The break stayed clear for the majority of the race but would be caught with 10 minutes remaining. Chant sat in the bunch to conserve energy until the last lap where he managed to power through the bunch and win the sprint. An amazing result for his first outing in Wightlink-Wight Mountain team kit.

Team rider Matt Allsopp raced in the E12 event with a full field of riders, he had not been on a bike for a week due to illness. Matt’s plan was to sit in the group and ride smart and try not putting himself in the red too much. Within five minutes of racing he found himself in a break which unfortunately didn’t stick, lots of attacks being made during the race made it fast paced but it all came down to a bunch sprint at the end with Allsopp rolling in 6th place.