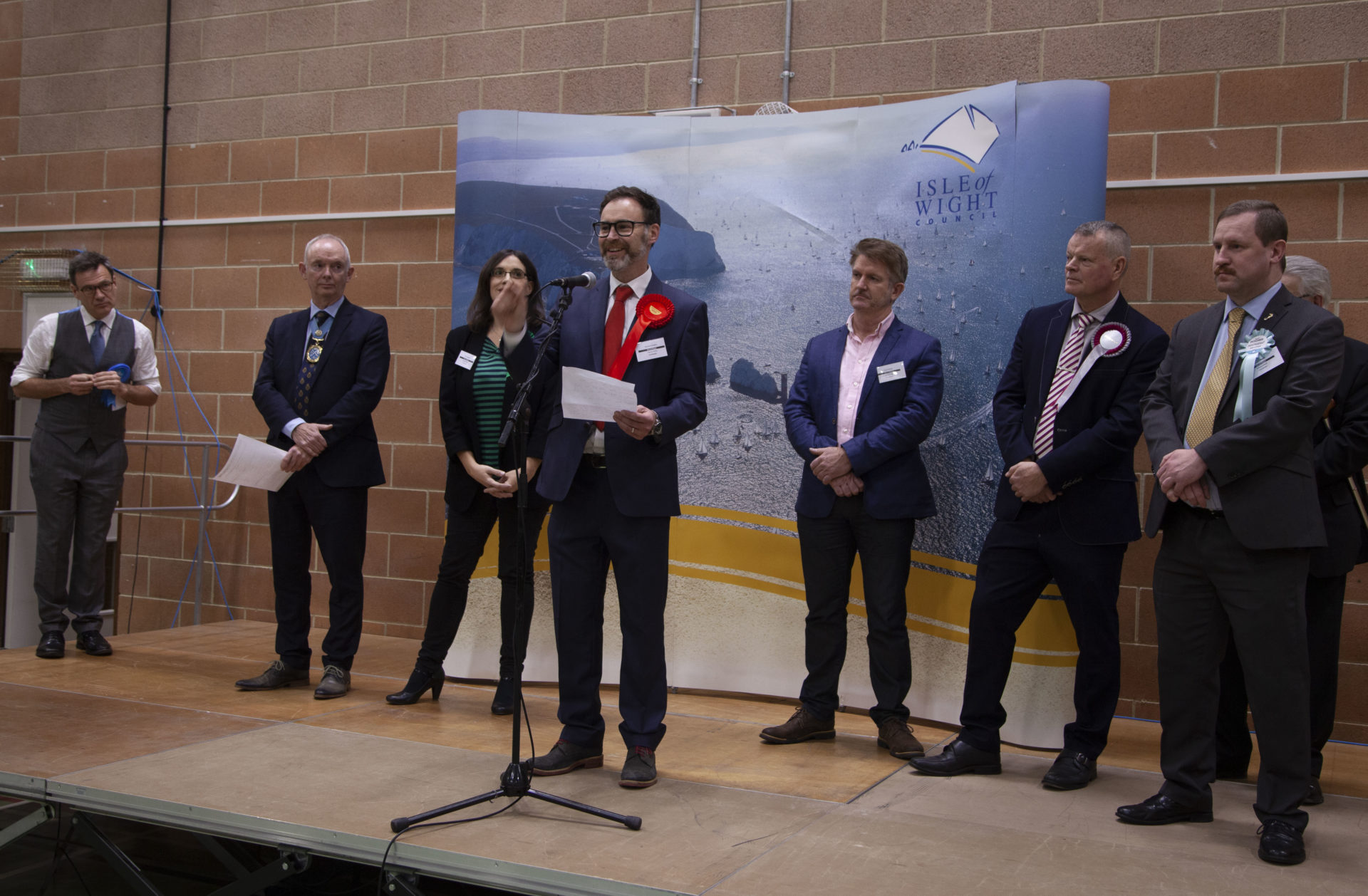 Following an approach by the local Green Party seeking a pre-election vote-trading agreement, Island Labour’s executive committee unanimously rejected any such move to restrict Islanders in how they choose to cast their votes.

Island Labour intends to stand candidates in every ward on the Island, and strongly believes that the only alternative to an Islandwide Conservative Party is an Islandwide Labour Party.

The last “Independent” administration proved to be incapable of such coherence, and ultimately fell apart, allowing the Tories to return with a majority. Any electoral pact would deny Islanders the choice of a coherent alternative.

Labour councillors will of course be willing to work with other councillors on a case by case basis after the election, where agreement can be found. However, we will stand on a set of policies and values which offer Islanders a clear, positive choice.

“We have built not only a thousand-strong Labour membership on the Island, but a solid voter base of 18,000 Islanders in December.

“We have already outlined our plans for the future of the Island, our communities and businesses as we come out of the Coronavirus crisis.

“What we and the Island need now is to return Labour councillors to County Hall and get on with the serious business of creating a prosperous Isle of Wight.”

Island Labour’s official reply to the Green Party is below.

Thank you for your email.

The Labour Party’s rules proscribe any alliances with other parties. In addition, the Isle of Wight CLP adopted a position in 2018 which rejected any such electoral pacts, and we intend to stand candidates in all wards on the Island, so that all Labour voters have the opportunity to vote for the Labour Party.

The last two general elections have shown that there is no appetite on the Island for attempted vote-trading of this sort. Those elections also showed a large and growing support for the sort of serious and organised alternative to the Tories which only the Labour Party can provide. The disparate and disorganised collection of individuals and minor parties which would be produced by such an agreement cannot provide effective opposition, or a viable alternative administration, to the Tories. The Conservatives are well-resourced and well-organised. Only an equally well-resourced and well-organised alternative can effectively challenge them. The last two elections have shown that this alternative can only be the Labour Party.

An elected Labour administration or councillor group will of course be willing to work after the election with any other councillors, from all parties and none, in the interests of the Isle of Wight. However, in the elections our sole focus is to ensure that the people of the Island have the choice of a clear and strong Labour alternative to the current Tory administration.

This is more indicative of the flagging state of the IW Green Party than a comment on Labour and Labour are right, it is far better to have an organised, identifiable and principled group, even in opposition, than the incoherent mismatched directionless rabble that the last Island Independent administration degenerated into.

Vote Up40-9Vote Down
sillybilly
Vix Lowthion i did one think had something about her, but now I realise it is from her standpoint, just all about her. She is hapless. She is also very think skinned for a wannabe politician and she would be hopeless as an MP – not that this would ever happen. Green Party are a good idea in principle but they would do nearly as much harm… Read more »
Vote Up28-8Vote Down
fedupbritain

Vix Lowthion appears to me to be someone desperate for power. Would not surprise to see her return to her Lib Dem roots if she thought they stood a chance to win in the General. Not sure if she was ever a member there but did say on this site that she had voted for them in the past.

Vote Up24-8Vote Down
Vix Lowthion
Again, this is an article nothing about me and also very poorly based as no offer by the IW Green Party has ever been made. I’m not sure why Island Labour have decided to send this out, but that’s up to them if they want to play politics. You really don’t know me if you think I am ‘desperate for power’ and want to be a LibDem.… Read more »
Vote Up17-23Vote Down
wellsm

What do you mean “play politics”? Labour say as quoted above “Following an approach by the local Green Party seeking a pre-election vote-trading agreement”. That is not playing politics, it is responding to a suggestion by your party. Why would Labour want to stand candidates aside for those from the third placed party at the last general election?

You did not seem to have your community in mind when you let your property fall into the ground and utterly spoil a beauty spot. And your quote “I never had any desire to do anything to do with politics” is quite bizarre coming from someone who has stood three times to be an MP and asked Labour to stand aside to get a clearer run.

Like I keep telling you, I’m not a multi millionaire, billionaire or even less.
You cannot accuse me of owning millions, and also not being able to afford house renovations.
The reality is the dull truth of following council building regulations stipulations to the letter, being told to rebuild entire structures, and not being a billionaire.
Your unfounded attacks behind anonymous postings have to stop.

Who cares who people vote for? Anyone, other than the current useless Tory rabble.

Vote Up34-16Vote Down
Ian Young
Working together on a case by case basis is of little value if, as is likely, the Conservatives have the numbers to form the largest political group, and can therefore control the new administration On the other hand a commitment by all non Conservatives to work together formally post-election via a new joint political group might just produce the numbers to wrestle control from the Tories Whilst… Read more »
Vote Up17-3Vote Down
tony

Never mind about Green/Labour alliances, let’s focus instead on ridding the island of these Tory Councillors who are dodging responsibility for a catalogue of failures that have brought misery to many on the island.

Vote Up80Vote Down
henry
I can only speak for myself. Whilst I have a great deal of time for Green Party policies, I fear the Party won’t make much headway on the island because many people find it difficult to relate to Vix Lowthion as a person and politician, that’s just the way it is. As a floating voter, I am looking to support the Party that is genuine pursing green… Read more »
Vote Up70Vote Down
ian123

The usual arrogance of Labour. They can never win the island outright, but refuse to work with others to try to overcome the Tories’ dominance.

The Green Party cannot be trusted. They have spouted off about diversity and inclusion but when it comes to it they gain much political mileage from their ‘policies’ yet still allow homo/transphobia to run rife in their party. Labour needs to stay as far away as possible from the Mickey Mouse IOW Green Party.

Vote Up5-7Vote Down
Geoff Brodie
Just 9 months to go. No candidates yet. No campaign at all. No policies that anyone can remember. I confidently predict local Labour will get no more than 2 councillors and Mr Critchley won’t be one of them. Local elections are very, very different to a general election. Of course their Executive Committee does not have the final say and Critchley shouldn’t be issuing this until and… Read more »
Vote Up25-31Vote Down
Stewart Blackmore
It’s very kind of Mr Brodie to remind us of Labour Party Rules although the EC is perfectly aware of the Rules and abide by them (something wich Mr Brodie himself had difficulty with) – which is one of the many reasons why he is no longer a member. As Mr Critchley has said, we will stand a candidate in every ward, including the one which Mr… Read more »
Vote Up30-13Vote Down
peterj

Critchley acted appallingly whilst a Ryde Town Councillor and his continuing presence puts off a lot of long-term Labour supporters like me.

Having said that, I really don’t think political parties have any place in local government at all. It really should be just be about people doing the best for the Island with none of the tribal nonsense that national politics is infected with…

Vote Up41-10Vote Down
fedupbritain
With respect (and I genuinely mean that), the Brodie v Critchley feud is a part of what can put people off party politics. By this I mean Brodie is well known as a councillor (not my ward) representing Labour but has fallen out with the local branch, the branch retaliate by standing an official candidate against him. I don’t know if Brodie is a competent councillor, but… Read more »
Vote Up26-3Vote Down
longford

Why not show some maturity Geoff, and put your pathetic spat with Critchley behind you? I’m sure the Tory’s are loving it, but all it does is undermine any chance of getting rid of the incompetents controlling the agenda in County Hall. Perhaps, think what’s best for the island