Isle of Wight library staff: Cut by more than half in last six years

OnTheWight has diligently reported the ups and downs of the Isle of Wight library service over the last few years. This update shows a picture of where the service is now. 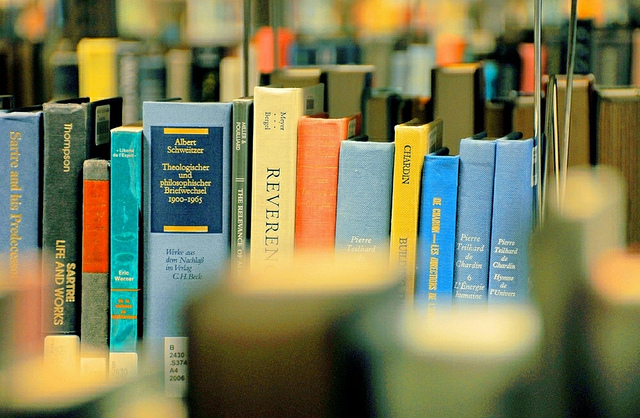 If you follow the national news you might have seen the BBC’s report on Tuesday about the cuts to library staff over the last six years.

They revealed that “almost 8,000 jobs in UK libraries have disappeared in six years, about a quarter of the overall total”.

Here on the Isle of Wight the figures are rather more stark with more than half of library staff losing their jobs.

The picture in 2010
On 1st April 2010, the Isle of Wight library service had 20 full-time staff and ten relief staff.

There were 51 part time staff (this included six Saturday assistants and eleven Sunday assistants on weekly hours of seven or less).

Where we are today
Fast forward to 1 April 2016 the number of full-time has dropped to 14, whilst relief staff are reduced to nine.

The part-time roles have been hit the hardest with just 13 remaining (plus one funded by Ventnor Town Council).

“We are working hard to maintain the best library service we can within the available resources.

“We will continue to work in partnership with the town and parish councils and our community libraries in order to achieve this.”

Plans are being explored by the Isle of Wight council to work with parish and town councils to deliver ‘partnership services’ in Cowes, Freshwater and Ventnor.

Image: faungg’s photos under CC BY 2.0

4 Comments on "Isle of Wight library staff: Cut by more than half in last six years"

Does this mean that rate payers of Shanklin pay towards the Newport library or does the council pay Shanklin community library a grant for running it?

Vote Up00Vote Down
sam salt
I believe Richard that you will find that the IWC do not give any grants for running Community Libraries and that residents are still contributing to other Council run libraries on the Island through their Council Tax payment. The do supply books and I understand some IT support. Libraries come under the list of statutory services that Council’s must supply. However, in the Isle of Wight case,… Read more »
Vote Up00Vote Down
Darren Irving

Not suprising given that many books are now “digitised” and also that many younger generations are not interested in reading, or have wildly varying levels of literacy !
I do realise the libraries have other functions as well, thankfully my children are avid users of the books and story cd’s on offer at Newport!

Councils, forced by central Government, are quickly destroying a learned profession that librarians have studied and worked hard for. Its a disgrace.