A new report has warned that the coming winter is likely to be even more difficult than the last for NHS trusts, staff and patients. On the Island we can all help by always seeking advice from the pharmacist or calling 111 first. 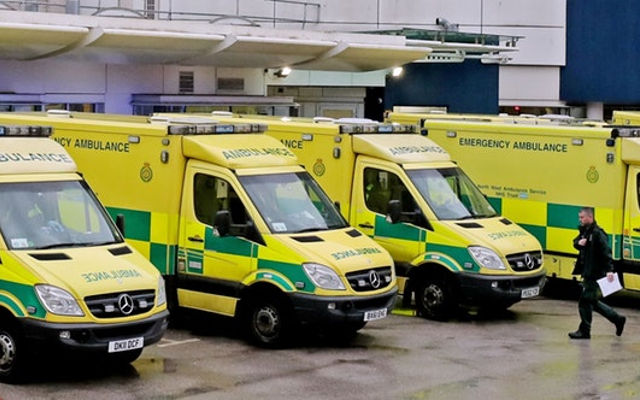 The coming winter is likely to be even more difficult than the last for NHS trusts, staff and patients, a new report has warned.

NHS Providers, the body that represents trusts, says several factors, including A&E waiting times and staff shortages, suggest problems for hospitals in the months ahead.

Waiting times 15% below government target
Between April and September, 24,838 people attended an emergency department, with 80% being admitted, transferred or discharged within four hours. The government target is 95%.

That figure is lower than the same period in 2017, when 83% of patients were seen within four hours.

Across England, the percentage of people dealt with within the time limit dropped by 1% since last year, to 84% in 2018.

Staff put in extraordinary effort
NHS Providers believes this indicates the coming winter is likely to put more strain on trusts than the last.

“Trusts and their staff put in extraordinary efforts last year to meet record demand – demand which continues to grow every winter.

“Despite measures to prioritise emergency care, it was clear that in many places the quality of care for patients feels short of what the public rightly expects.

“As attention turns to what this winter will bring, there are many improvements which have been put in place to welcome.

“But there are clear warning signs. Performance is in a worse position going into this winter than last. Staff shortages are growing, putting additional strain on a workforce already overstretched during an exceptionally busy summer.”

Unfilled roles
The situation is compounded by a number of unfilled roles at Isle of Wight NHS Trust.

In March 2018, the most recent period for which data is available, there were vacancies equivalent to 47 full time jobs. This was actually fewer than in April 2017, when there 72 open jobs.

Of those, 23 were nurses and six were other medical staff.

NHS Digital warned that the number of nurse vacancies was likely to be higher, as the figures show the minimum number of jobs advertised, and many trusts have rolling adverts for nurses.

“Staff are doing all they can, but demand is outstripping supply and winter 2018 could be the one that brings services to a standstill.

“The signs in the Providers’ report are ominous – increasing demand, worsening A&E performance and a yawning chasm in nurse numbers.

“Despite our warnings, the Government has still not acted to fill the 41,000 nurse vacancies in England alone. This means we go into winter with understaffed services, gaps in hospital rotas and a workforce that is more under pressure than ever.

“Staff across England have given almost all they can – nurses tell us they cannot keep this up indefinitely.”

Complex demands
The NHS Providers report calls on NHS national bodies to acknowledge and plan for the scale of extra, more complex demand that health and care services face.

A spokesman for the Department of Health and Social Care said:

“We recognise winter can be challenging, but as the report itself notes, the NHS will benefit from a second year of better, enhanced, national level winter planning, as well as £420 million to redevelop A&Es, improve emergency care and help get patients home quicker.

“The most recent performance statistics show that despite an increase in demand, hardworking and dedicated staff ensured that nearly 2,000 more patients a day were seen within four hours in September compared to the same month in 2017.”

That photo’s not the Isle of Wight, I don’t think we’ve got such shiny new ambulances anymore.