After it was announced the main Pride event would not happen this year, the new Trustees have now announced it will go ahead. Details within. 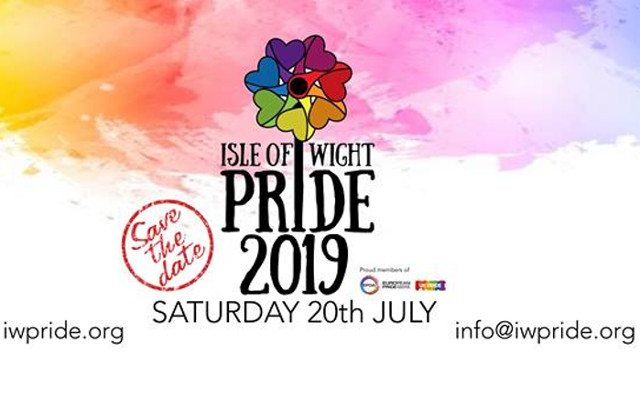 Over the last two weeks, the new trustees of the Isle of Wight Pride charity have reached out to work with the community and are pleased to announce that as a result an event will now take place again this year (after it was announced in March the event would not happen this year).

The 2019 event will build on the legacy created from the island’s first pride in 2017 and the hosting of UK Pride last year, none of which would have been possible without the dedicated work and passion of a committed group of people, including the former trustees who had a vision for what needed to be done.

“It’s great news for all of us on the Isle of Wight, that we will once again be able to celebrate inclusion and diversity over the weekend of July 20th and 21st 2019.

“There is a lot of hard work ahead of us to make this happen and we will need to once again harness the energy and enthusiasm of volunteers to do this.”

“Although the reasons for the previous trustees plan for a ‘fallow’ year for Isle of Wight Pride in 2019 were understood, there is a heartfelt feeling in many quarters that such an approach could lose something that in a short time has made such a difference to our community and has come to mean so much to so many.

“We have been glad to be able to get together with many people who have come forward wanting to help us make it happen again this year.”

“We are now looking to work with the businesses in Ryde to help us ‘Pride up Ryde’ for the weekend. We would like to thank everyone that has come forward to offer their time and skills for Isle of Wight Pride in 2019. We will be in touch soon.

“More volunteers will be needed over the next few months and particularly over the Pride weekend. We would ask anyone who thinks they can spare some time to help to please get in touch”.

“Expect a colourful, spectacular parade to begin our IW Pride 2019 celebration on Saturday 20th July, as once again we all come together to show solidarity with the LGBTQI community on our island and across the world.

“A true expression of love and diversity to bear witness to the advances in equality for all here on our Island and in the UK, whilst recognising that in many countries across the world, people are still unable to be their authentic selves due to threat of punishment or death.”

Announcements forthcoming
While things are still being planned, as has become the tradition for the event, there will be lots to do on 20th July including many free activities and stalls to explore.

Please watch out for more announcements over the next few weeks and put the date in your diary to come and join the celebrations.

“I’m really pleased that Isle of Wight Pride, with support of others from the community, have been able to ensure there will be an event for LGBTI Islanders this year.

“From humble beginnings Isle of Wight Pride has changed hearts and minds and, with the renewed vigour now present, I’m sure it will continue to do so for many years to come. I can’t wait to return to Ryde this July.”