Last season all the concerts sold out and tickets are already selling well for this concert! 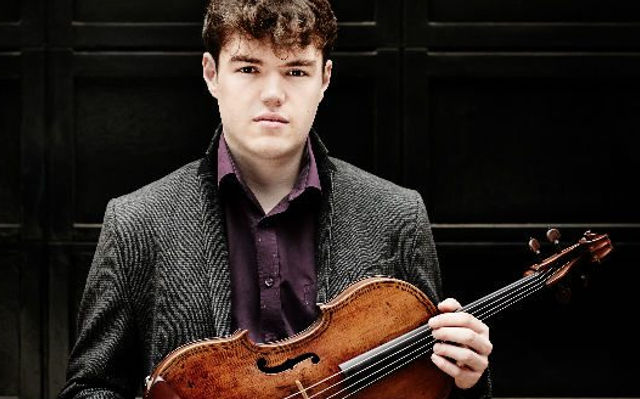 Tickets are now on general sale for the Isle of Wight Symphony Orchestra’s first concert of the season. The concert on November 16th 2019 will be held as usual at the Medina Theatre starting at 7.15pm.

The concert will open with the ever popular Karelia Suite by Sibelius. The Orchestra will then welcome a young soloist for a rare performance of the Viola Concerto by Cecil Forsyth.

The work first performed in 1903 was a regularly heard at the Promenade concerts conducted by Sir Henry Wood. It was very popular in its day, but now is sadly neglected.

Rising star
The IWSO have been very lucky to secure the services of up and coming viola star Timothy Ridout.

Timothy was the winner of the very prestigious Lionel Tertis International Viola Competition in 2016 and is now in great demand both in this country and abroad. He gave a recital at the WWAA concerts a couple of years ago and will return there again this season.

It was first performed in its entirety in 1935 (although three movements had been premiered in 1934) and was immediately met with great acclaim.

Book now
Ticket prices have been kept the same as last season (Adults £15 Under 18s £6) and are available from the Medina Theatre Box Office (01983 823884) or online at the orchestra and theatre Websites.

Last season all the concerts sold out and tickets are already selling well for this concert!

Filed under: Island-wide, Music, What's On