Isle of Wight Symphony Orchestra: Fire in the Holst (Review)

First concert of the season for Isle of Wight Symphony Orchestra was one of the best we’ve seen. Here’s what Jonathan thought of it and details of the next. 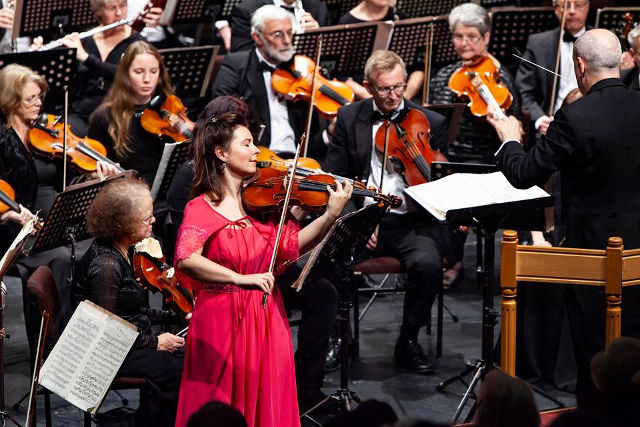 Last Saturday evening (17th November) crowds of eager people headed towards the Medina Theatre for the first concert of the Isle of Wight’s 2018-2019 Season. I’ve come to regard these concerts to be an essential part of my cultural life, and this concert was one I was especially looking forward to.

I don’t regard myself as an expert on music of any kind, and I wasn’t well-educated in Classical music, but as each concert season goes by, I’m finding that my ear and my mind are becoming more knowledgeable and discriminating. 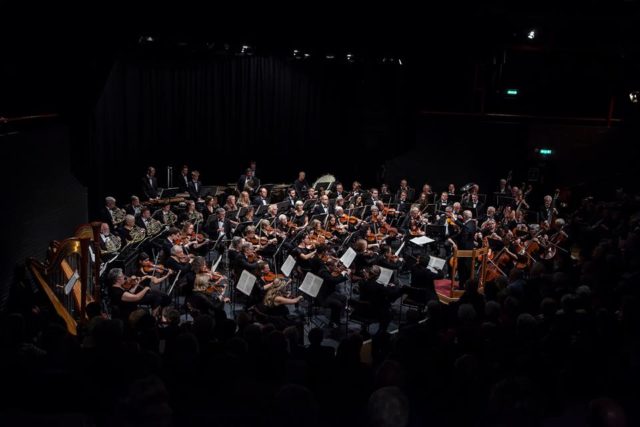 Sometimes I hear some music and realise I know it, and sometimes I can guess the approximate composer or period, and much of that is due to the excellent coverage of music by the IWSO. But the main thing is that I find these concerts immensely uplifting and enjoyable. Last Saturday was another wonderful example of this.

A jaunty and energetic celebration of warmth and joy and colour
The first piece was one I didn’t think I knew, but as soon as it started I realised that I have been hearing it all my life, but never knew what it was or who composed it.

In the second half of the nineteenth century it became possible to travel much more easily, and a forty-year-old Parisian legal clerk called Emmanuel Chabrier took a trip to Spain in 1882. He was so entranced by the dance music he heard there that he was inspired to compose his first composition as a result, and it became an instant hit. 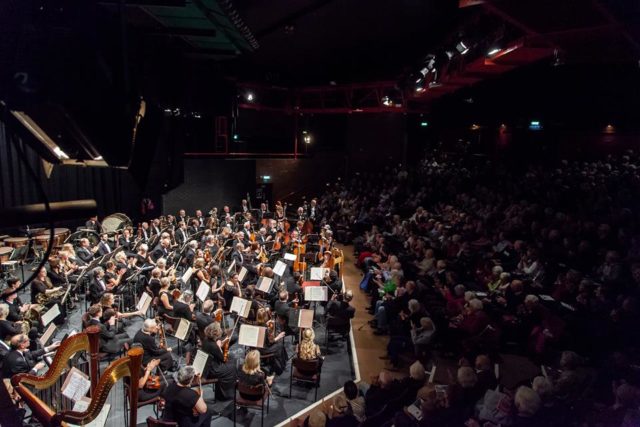 The title – España – says it all. Chabrier instinctively related to and understood the complex rhythms of flamenco, and incorporated several of these into a jaunty and energetic celebration of warmth and joy and colour, with sudden stops and flourishes and riffs from all the instruments in the orchestra, with a central melody that is always memorable, and brings a huge smile to the face. It’s hard to keep still when listening to it, and the IWSO made it a spirited opening to the new season. I particularly enjoyed hearing the trombones letting it rip.

Dreaming about nymphs and naiads on a warm summer afternoon
The second piece was very different, and actually familiar to me, although I had never seen and heard it being performed. It’s interesting that the experience of an actual performance can not only add so much to your understanding and enjoyment of a piece, but it can also give you a completely different and enhanced emotional response. 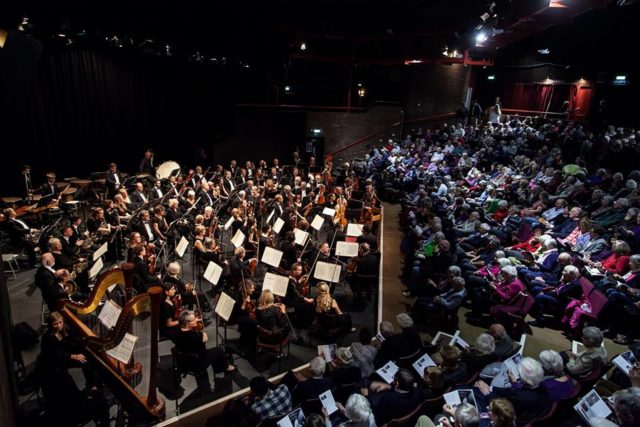 Prélude à l’après-midi d’un faune was completed by Claude Debussy in 1894. You wouldn’t think a piece about a half-man/half-goat with his pipes, dreaming about nymphs and naiads on a warm summer afternoon would be inspirational, but Debussy captured that dreamy half-awake state perfectly.

Listening to that beautiful and ethereal sound as played by the orchestra was sensuous and evocative of summer warmth and the subtle glories of nature, with an undercurrent of idle thoughts and internal stirrings within a mind relaxed and half-drowsy. My mind liked that, and drifted away on the beautiful sound of the flute as it played the main theme, seamlessly intertwining with so many other instruments. It was beautiful.

The violin sang and argued and made its points clearly and unequivocally
After a short pause to rearrange the seating, we were treated to the third piece of the evening. Once again, I was surprised by the difference between listening to a recording and being there at a performance. This time the difference was overwhelming. 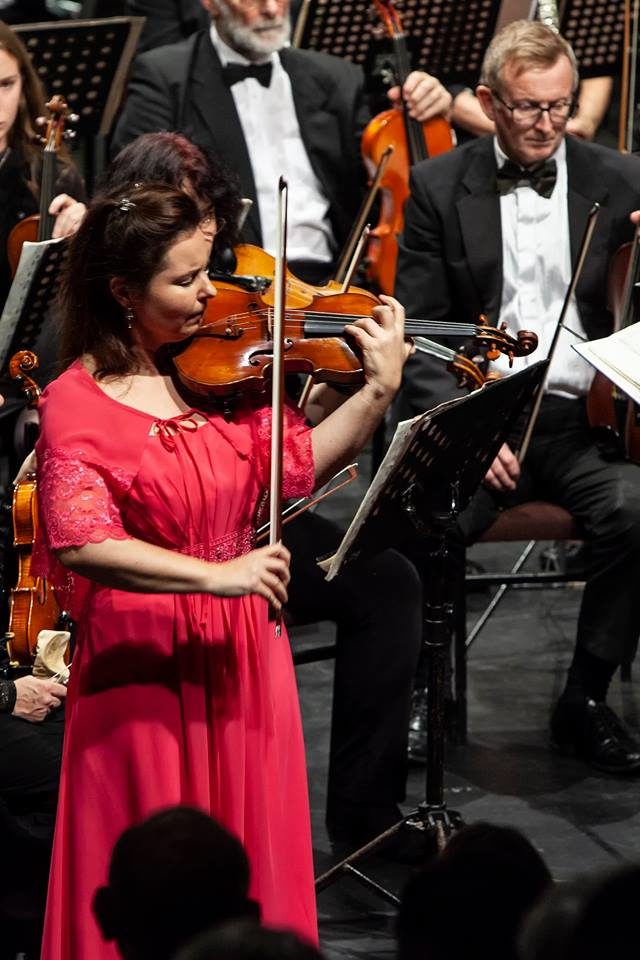 The solo violinist Melina Mandozzi arrived on the platform, and immediately all eyes and attention simply fixed themselves on her. She was so absolutely in command of the piece and the performance that she mesmerised us, making Tchaikovsky’s Violin Concerto her own, and giving it back to all of us.

I was once privileged to see Jimi Hendrix live, and I could only think of him and his complete mastery of his instrument, making it seem to speak and flame and come alive within the music, because that was what Melina Mandozzi managed to do. The violin practically leapt out of her hands, because it wanted so much to tell us about the music and the emotions and the importance of that moment. 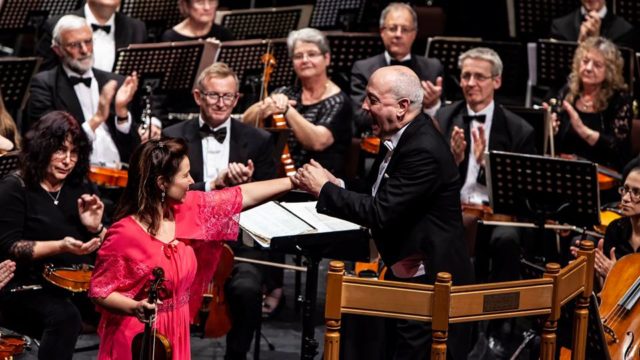 I felt that everyone there, in the audience and the orchestra and even on the conductor’s podium, was entranced and uplifted, as her venerable violin sang and argued and made its points clearly and unequivocally. It was a great performance, and I will never forget it. The thunderous applause was thoroughly deserved. Thank you.

The quintessential English piece of music
After the interval we all settled down to enjoy the greatness that is the Planets Suite, by Gustav Holst. For me, this is the quintessential English piece of music, even though, or perhaps because, it was written by the grandson of a Latvian immigrant, and expressed his impressions of the planets and Space from the point of view of their astrological values. 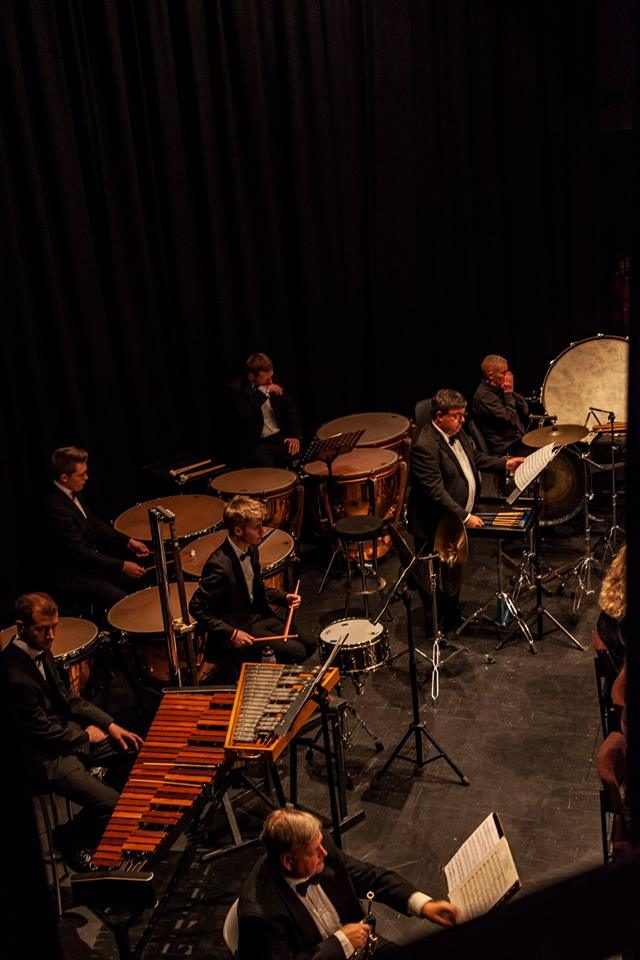 Although it was started in 1914 and finished in 1918, Holst always maintained that it wasn’t about the Great War, but it’s difficult for audiences not to reflect on that terrible time when listening to its power and relentless drive, and the mournful emotions expressed in its later pieces.

The Planets feel to me like a musical expression of the whole Twentieth Century, not only reflecting current events, but also looking forward to the future. 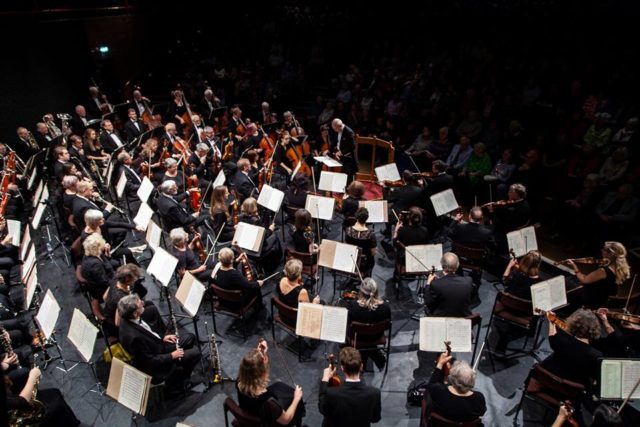 These pieces have become a soundtrack to my whole life, because they are always referenced by and have influenced so much of our musical culture, and this has filtered out to visual media as well. I have heard the whole suite and parts of it countless times, but I’ve never been part of an audience before, and that for me has been a revelation.

Travelling in hope
There is such a large orchestra, featuring many unusual instruments, and there’s an ethereal choir at the end, and the IWSO rose to the challenge of staging this magnificently, even to the point of using an empty room off the back of the auditorium, to increase the otherworldliness of the voices, as they fade away in the end, out into Space, towards who knows where, travelling in hope. 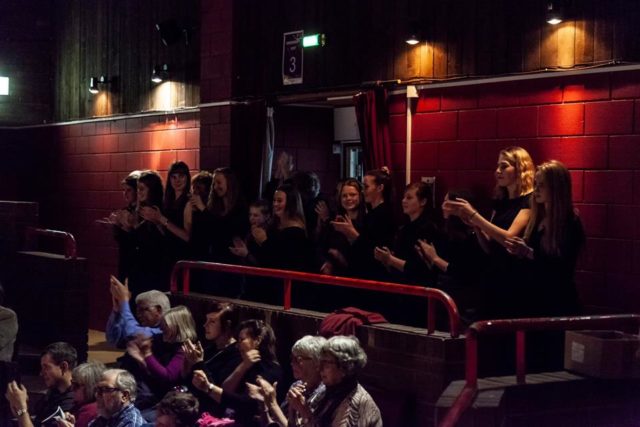 I sat and listened, entranced, as the IWSO took me on a journey through time and space, and appreciated the scope and breadth of the Planets as I never had before. I want to thank and praise everyone involved in Saturday’s performance. It was epic and magnificent, and I can hardly imagine the amount of work contributed by every member of the orchestra. Thank you again. It was lovely and moving and wonderful.

There’s going to be a Slavonic Rhapsody by Dvorak, an Italian Serenade by Wolf, a Bassoon Concerto by Nino Rota, who wrote the music for the Godfather, and a big symphony by Sibelius, his First.

Grab your tickets before they’re all gone (tickets are selling fast – book now). This orchestra is hot. I’ll see you there.