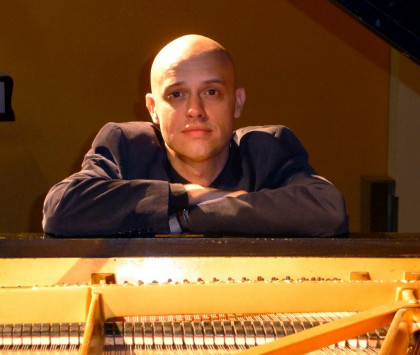 International superstar pianist, Viv McLean, will perform the astounding third piano concerto by Rachmaninov in the Isle of Wight Symphony Orchestra’s first concert of the season on Saturday 16th November at 7.15pm.

Viv, who won the 2002 Maria Canals International Piano Competition in Barcelona, performs all over the UK and the world, both with orchestras such as the LPO (this season he has already played with the RPO Concert Orchestra and the Hallé) and leading chamber ensembles.

Medina Theatre concert
Viv will be exchanging the likes of the Royal Festival Hall for Medina Theatre on November 16th where the Rachmaninov will be the highlight of a lively and entertaining programme which also includes the virtuosic Pique Dame Overture by Franz von Suppé and Tchaikovsky’s First Symphony.

This symphony, named “Winter Dreams” by the composer, was worked and reworked several times before its publication in 1875, but despite this, the freshness of the young man and his freedom of expression is evident and makes it most enjoyable to listen to.