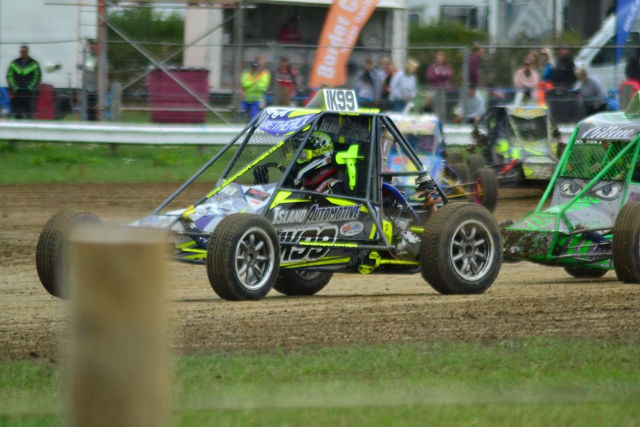 Congratulations to 14-year-old Reece Wetherick, from Totland, who at the weekend beat 75 other drivers to become the 2019 Junior Special National Champion.

The event took place at Bearley Raceway, near Yeovil, Somerset. Two heat wins and a fourth took him into the quarter finals where a second in that race, and again in the semi-final, secured his place in the final eight. Reece led from the first bend in the eight lap race to take the top step on the podium.

Junior specials are a limited class of 1200cc engines in an open wheeled frame, driven by twelve to sixteen year olds.

The National Autograss Championship is the premier event within the sport and is attended by the top drivers from across England, Scotland, Wales and Ireland.

Other accolades
Reece is also currently leading his club championship and is third in the UK championships.