Four Isle of Wight women joined 1,000+ others at the first stand-alone Women’s Conference arranged by the Labour Party in 20+ years and an Island Labour motion was chosen to go to the National Conference. 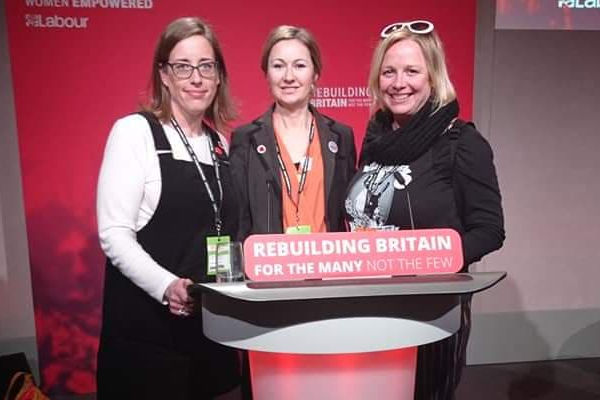 Last weekend, delegates from the Isle of Wight Labour Party were proud to attend the first stand-alone Women’s Conference arranged by the party in more than 20 years.

Marzena Turner, Colleen Brannon, Maria-Villa Vine and Sarah McCarthy-Fry joined over 1,000 other women from across the country, the youngest at 15 and the oldest 84, to discuss and vote on future party policy concerning Education and Childcare, Violence Against Women and Girls, Social Care, Pensions and other issues.

Island Labour motion goes to National Conference
Two motions from the Women’s Conference are selected to go forward to The National Labour Party Conference, where party policy is agreed. 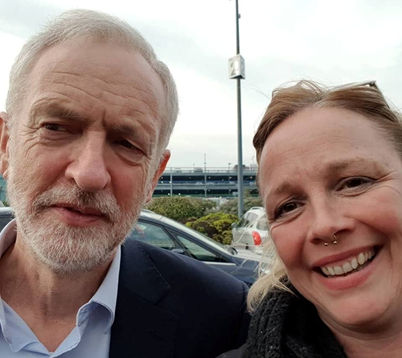 A motion on Universal Credit and Employment Support, co-authored and selected by a vote of members of the Isle of Wight Labour Party at a Special All Members Meeting last month, was one of the two chosen to go through to the National Conference to be debated, along with a motion on Rights for Migrant Women. 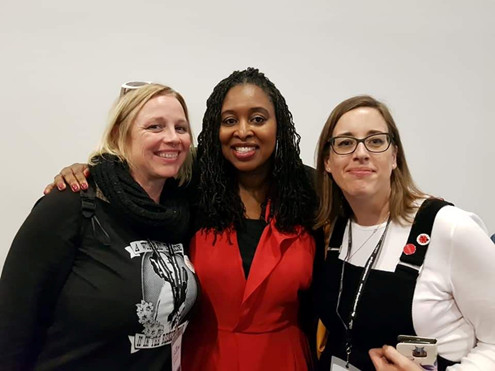 The conference was attended by Jeremy Corbyn and members of his shadow cabinet, including Shadow Home Secretary Diane Abbott and the Shadow Secretary for Women and Equalities, Dawn Butler (pictured above), who announced a new labour policy guaranteeing workers the right to have flexibility over their own working hours, beginning on the first day of employment.

“It was utterly awe inspiring to be around so many passionate and powerful women. I’m proud that Island Labour played a small part in formulating a motion that may go on to become Labour Party policy, especially on such an important issue.

“There is much work to be done to begin to undo the effects of Tory austerity, but the energy, ideas, expertise and hope in that room left us in no doubt that the next Labour government will build a much fairer, kinder and prosperous country for us all.”

newest oldest most voted
chippyiow
You have got to be kidding. 9 MPs have already abandoned the sinking ship because of rife antisemitism in the party. The photo pictures the man at the centre of the row. A man who LIED to students in 2017. A man who condones fraudulent double voting. A man who sacked Sarah Champion as an MP when her only crime was to point out that children in… Read more »
Vote Up3-7Vote Down