If you’re a fan of Tom Petty, The Waterboys, Elvis Costello, Pink Floyd or Nick Cave & The Bad Seeds you’ll want to check out Doug Alldred and the Silver Lining’s new track on Monday 14th October. 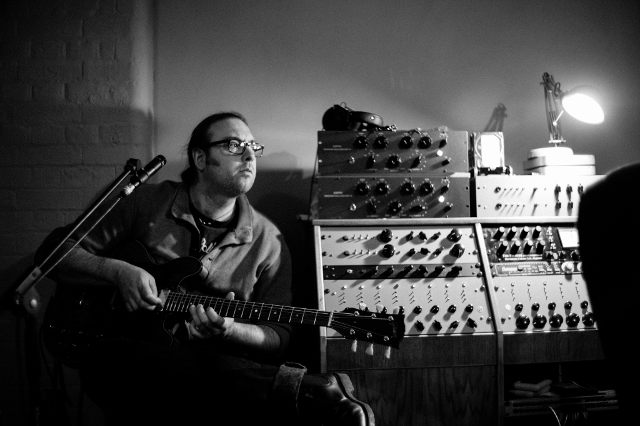 There is so much musical talent on the Isle of Wight that hardly a week goes by without news of a record signing, new single or album.

Today it’s the turn of Doug Alldred and The Silver Lining. This Isle oif Wight band will be releasing their third single of 2019 next Monday (14th October) on all online streaming and download sites.

The new song, ‘The Sweetest Dream’, follows earlier singles ‘Little Old You’ and ‘Faeries’ and should chime well with fans of Tom Petty, The Waterboys, Elvis Costello, Pink Floyd or Nick Cave and The Bad Seeds.

Festival regulars
The band have been regulars at Isle of Wight events such as the Isle of Wight Festival, Ventnor Fringe and Rhythmtree Festival as well as appearing at venues such as Strings and Ventnor Exchange, and have also ventured further afield to perform including at Stonefree Festival at London’s O2 and The Joiners in Southampton.

Alldred: Singles have all been well received
Doug said,

“It’s been really exciting to follow up on our live performances with some recorded work, and the singles have all been really well received. Our last single Faeries was played on Amazing Radio, as well as loads of online stations and local radio from the Isle of Wight to Canada.

“This new song The Sweetest Dream is one we’re very proud of, and we’re really looking forward to letting everyone hear it on 14th October.”


Hook-laden sound with deceptively catchy melodies
The band released their debut EP a couple of years ago, receiving airplay from Dermot O’Leary on BBC Radio 2, and since then have moved on to collaborate with production team BoeWeaver at Studio Humbug in East Cowes.

“This is a lovely song”
Dermot O’Leary, BBC Radio 2

This has further enabled them to develop their distinctive hook-laden sound, as always smuggling thought-provoking subject matter into deceptively catchy melodies in this run of singles in 2019.

“The Internet has been a great thing for getting your music out there, putting it in front of people who can bring it to an even bigger audience, but at the same time the competition now is intense so it’s really great to get the feedback and airplay we’ve managed to achieve.

“As a band we make music because we love doing it, not because we’re trying to tick a box or hit a certain trend, so when people outside of our bubble like what we do it’s a great feeling.

“We think The Sweetest Dream is our best work so far, so the more people who take the time to have a listen, the happier we’ll be.”

More new material on the way
The Sweetest Dream is out on Monday 14th October (find on Apple Music), but the band already have plans for more releases in the future. Doug is currently writing new material for more recording sessions early next year, and there is another song already in the bag awaiting release.

“We always try to work at least a song or two ahead of ourselves.

“There’s another song due for release sometime around Christmas, and then we’ll be back in the studio in the New Year.”

“Sometimes I think I’ve lost my copy of the Divine Plan, and then I hear a song like this!”