The selection was made by grassroots party members and Vix will be at position three in the list. 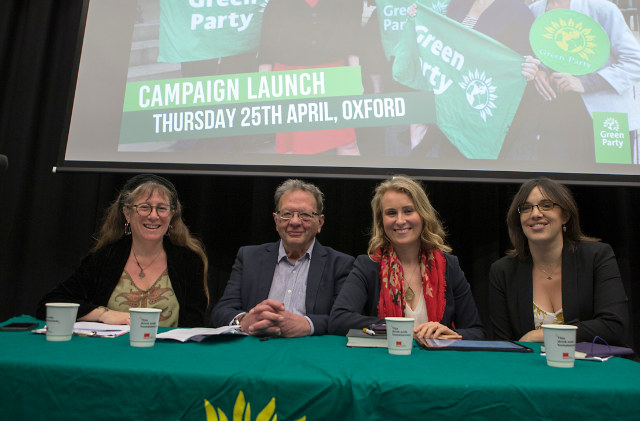 Vix Lowthion of the Isle of Wight Green Party has announced her selection as one of the top candidates for the next South East Green Party MEPs in the European Parliament elections, set to take place in May.

She joins Alexandra Phillips, Deputy Mayor of Brighton and Hove and Elise Benjamin, previous Lord Mayor of Oxford, in their target to increase the number of Green MEPs in the strongest European region for the party – first held by Caroline Lucas in 1999.

Third on the list
The selection was made by grassroots party members and Vix will be at position 3 in the list, meaning she has a possible chance of being elected a Green MEP next month.

The launch of the regional campaign was held in Oxford yesterday (Thursday), hosted by the Green Party’s Health and Social Care spokesperson Larry Sanders (brother of US senator Bernie Sanders).

Alex, Elise and Vix spoke about their campaign priorities to fight against climate change, for fairness and equality, and to support a People’s Vote on Brexit – with an option to Remain in the European Union.

Lowthion: Greens are always looking forward
Vix’s speech led on the Green MEPs values and achievements on fairness and equality.

“Where other leaders seek division, Greens value inclusivity. Where others predict despair, we bring hope. And where others promise to bring change through a misplaced nostalgia for the past, Greens are always looking forward.”

Lowthion: Election “one of the most critical in our lifetimes”
On being selected, Vix said,

“The Green Party welcomes the European Elections! This is an unexpected but momentous opportunity to grow the significant number of Green MEPs from across the UK to tackle political extremism, social inequality, economic disadvantage and the crisis of climate change.

“European elections have never been more consequential, and I urge everyone to make sure they are registered to vote by May 7th – including EU27 nationals.

“The challenges of Brexit and climate change have made this election one of the most critical in our lifetimes – please make sure you vote on 23rd May.”

For the European Green Party manifesto see the Website.