It was ‘never the case’ that all Isle of Wight roads would be resurfaced, claims Cllr Ian Ward 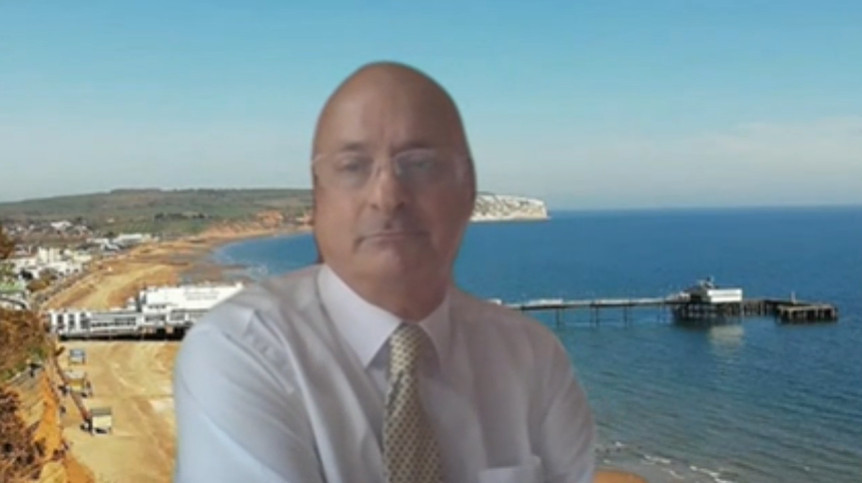 During discussions at Tuesday’s Corporate Scrutiny Committee, Cllr Ian Ward, the cabinet member responsible for transport and infrastructure, appeared to say something that we’d not heard before.

He said that it was “never the case” that all Isle of Wight roads would be resurfaced.

Contradicting IWC’s 2012 words
It was news to many, especially those who remembered the Isle of Wight council’s very own press release issued on 26th September 2012, proclaiming the signing of the 25-year PFI contract, which stated:

“It will mean that not only will every stretch of adopted road, footway, pavement and cycleway be upgraded, street cleansing, roadside and winter maintenance, the CCTV network, street furniture and road signs as well as all street-lighting will also be improved.”

Clash over milestone measurements
During the Scrutiny Committee meeting council officers and representatives from Island Roads pushed the point several times that although the PFI Method Statement (the specification document that makes up part of the 25-year Highways PFI legal contract) states 93 per cent of roads would be brought up to the required standard in the Core Investment Period (the first seven years), that it was not the instrument by which to measure whether the PFI contractors were meeting the contract milestones.

When the Island Conservatives took over the council administration in January 2017, all the milestones were up to date. At time of publishing, milestone 14 – the end of core investment period April 2020 – had still not been signed off.

“Keep falling into the trap of thinking that all the Island’s roads would be resurfaced – that was never the case!”

Ward: “Repair what needed to be repaired”
Ward claimed that in the very early PFI negotiations “that was to be the case”, but when the Government changed, they recalled all PFIs and “only let about three through”. The Island being one of them.

He added that £100m was removed from the Government grant – which changed the dynamic,

“That’s what the contract ended up as, so when people say ‘when are you going to do my road?’, unfortunately your road may not need doing.”

Andre: Concerned about changing narrative
Following the meeting Cllr Andre told News OnTheWight she was dissatisfied by the answers given in the scrutiny meeting,

“It would appear that changes have been made to the contract, but not communicated. The answers do not concur with information I understand to be correct.”

“I am deeply concerned by the changing narrative and Cllr Ward’s apparent total reliance on the information he’s being given by Island Roads.”

Ward: Not wonderful, “but serviceable”
In response to Cllr Lilley pointing our that residents in Ryde are still waiting for three major roads to be resurfaced, Cllr Ward replied that the roads are “not wonderful, but serviceable” and that contractors would say the same thing.

“People that were involved from the start of the PFI contract appear to be contradicting the current narrative that we are being given.

“They have serious concerns and their views cannot ignored.”

14 Comments on "It was ‘never the case’ that all Isle of Wight roads would be resurfaced, claims Cllr Ian Ward"

So what’s going on? Surely the IW Council have a responsibility to protect the public purse? Are key Councillors in the pocket of Island Roads?

Vote Up560Vote Down
Steve Goodman
As Mike Starke and some of us have been pointing out since before the contract was signed shortly before the cons. were voted out partly for that reason, we were all being badly misinformed by the people pushing it through who have since been proved not to have had our best interests at heart. All well-documented here OTW over the years. For example, Mike showed that the… Read more »
Vote Up35-1Vote Down
Rhos yr Alarch

Not merely re-surfaced but “re-built” was the spin put on the PFI by the advance publicity.

The re-writing of history seems to be a stock response to any inconvenient memory, these days, however…

Vote Up770Vote Down
alisonjane
This was put to Islanders as an’all singing, all dancing’ PFI contract that has sadly never delivered anything like what was promised. All highways staff were ‘moved’ from IOW Council employment to Island Roads. From day one, not a single person was employed for the IOW Council to oversee this contract. There were also major shortfalls to grass cutting, parks and gardens. Many were ‘missed’ out of… Read more »
Vote Up76-4Vote Down
Highwayman

Could be a first time view for them.

Thank you, Phil Jordan. Note to Cllrs. Ward, Stewart, Churchman et al: this is what competence looks like.

Could be a first time view for them.

Has the IW Council paid Island Roads up front? If not, then there’s no problem, they don’t get paid until they have fulfilled the contract to the specification initially agreed.

So, in approximate terms, since the start of the PFI contract in April 2013, the contractor had been paid around £135m + ( depending on Milestone completion ) £30m in capital.
Currently, the monthly payments being made to the contractor amount to about £2.1m. That amount increases by about 5% each year. They have already been paid for work not carried out…

Phil is spot on with his estimates, as the IWC published spending data shows.

Island Roads had received £162.6 million for the PFI Contract up to end of July 2020 and another £40 million for non PFI works.

Vote Up360Vote Down
Benny C
It’s highly likely that IOWC have been outmanoeuvred by magic circle lawyers acting for the PFI funders. That has forced them to negotiate the best the6 can get.Otherwise why do deals where the details are not available for public consumption? Remember that a while back they tried to restructure the transaction? Good luck, you’re dealing with real experts, bankers who do this for a very nice living.… Read more »
Vote Up41-3Vote Down
micksey009

Others might claim he is blatantly misrepresenting the Truth.

Either way Phil Jordan is spot on and has left nothing to the imagination in his detailed treatment of the actual facts.

These facts speak for themselves and Island Roads must be held fully to account by the IoW Council to whom we all pay our rates.