Cllr Ward said crossing at the roundabout down from Sainsbury’s petrol station is “not dangerous” and that “it’s more a perception than reality” adding, “We are not an administration that wastes money” 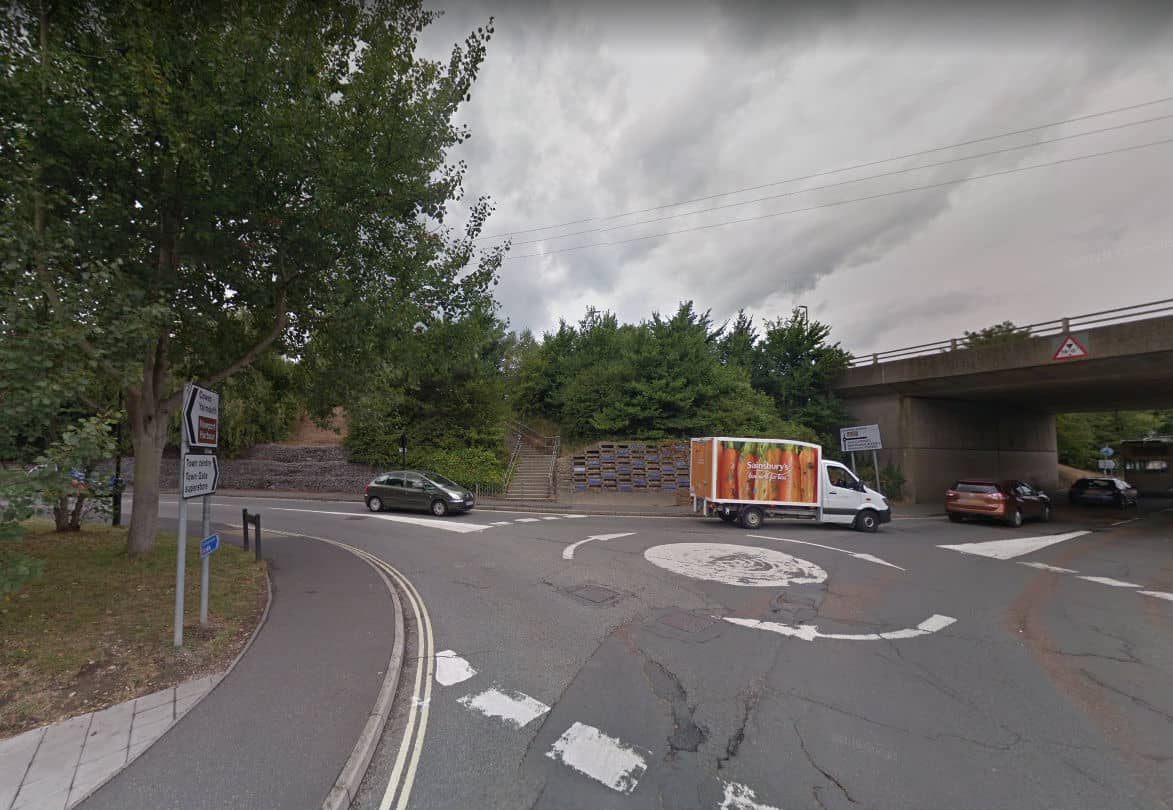 A public question at last night’s (Wednesday) Isle of Wight full council meeting (catch up here) raised some interesting debate about the “perception of danger”.

A written public question from Anthony Pendleton explained how as a pedestrian regularly crossing the road at the junction of Hunnycross Way and Riverway (the small roundabout between Sainsbury’s garage and Lidl) he found the crossing dangerous.

Mr Pendleton said he understood this junction had received Government funding for improvement and asked what the IWC’s plans were to make this a safer crossing.

Ward: The junction is not dangerous
Contrary to what councillors in Newport stated later in the meeting, Conservative cabinet member for Transport, Cllr Ian Ward, said he believed,

“The junction is not dangerous.”

He said there has only been one incident – resulting in a slight injury – in the last five years, which was a rear end shunt between two cars. Adding that there had only been four accidents at the junction in last 21 years.

Ward: It’s more a perception than reality
Cllr Ward went on to declare that a signal controlled crossing cannot be installed safely at the junction and therefore a programme to improve crossing facilities there does not feature in the grand scheme of Newport road improvements.

“I know people do feel it is dangerous, but it’s more a perception than reality.”

Ward: We are not an administration that wastes money
Later in the meeting during the discussion about wellbeing being included in placemaking (a motion from Cllr Jones-Evans, Ind) Cllr Andrew Garratt (LibDem) said he had listened to Cllr Ward talk about danger being matter of perception rather than reality, and that if someone perceives a crossing to be hazardous, it has an impact on their wellbeing.

Cllr Ward replied by saying they had to balance reality with perception,

“We are talking about public money that we are spending on someone’s perception. Where do we draw the line?

“We are not an administration that wastes money.”

Price: Let’s make the road safe
Newport North councillor, Cllr Matt Price, who explained he drives past that junction every day questioned the data that was being relied on. He said,

“You’ve only got to drive there between 8.30-9am, when you have to stop to let young people cross the road safely right on that junction.”

He went on to suggest a solution to the problem,

“Put railings either side of the junction to stop people crossing on the roundabout and move the crossing further up to fuel station.”

He said that as a “departure from the standard”, it would not be a costly option.

“We are not an administration that wastes money.” Is that perception, or reality?!

“We are not an administration that wastes money.” That beggar’s belief. Someone needs to remind him about FB6…

Vote Up860Vote Down
Colin
Anyone who looks at the plans for alterations to the roads around Newport will realise that most of them are absolute rubbish because they don’t actually fit the space available. There are plans to make this mini roundabout into two lanes per route which is so ludicrous that one wonders about the qualifications of those coming up with the scheme and those councillors who actually agreed it.… Read more »
Vote Up68-2Vote Down
Craftus

What is he basing his reality on?

I’d suggest he takes a walk along there in morning / evening traffic and sees how difficult it is to cross.
Even better, take Cllr Stewart with him. Even having his hood up won’t protect him there

I would be laughing if it wasn’t so sad. What planet are they on? All that is needed is a zebra crossing for residents of Hookes Way, College students and pedestrian shoppers in the industrial estate. The roundabout is not dangerous for motorised traffic. Painting white lines on the road can’t be as expensive as FB6 or the St Mary’s disaster!

Vote Up540Vote Down
cactus
Well a few years ago when my Son was a college student he was accidentally clipped by a car when crossing there. Most likely he wasn’t paying full attention, it wasn’t the drivers fault. However, crossing on a roundabout being the most direct route to and from town for so many young people is not good. Councillor Prices suggestion of railings to make people cross further up… Read more »
Vote Up520Vote Down
Rupert Besley
This is, undoubtedly, an extremely dangerous crossing. I use it regularly and sense every time that I’m taking my life into my hands in trying to get across. From each direction there is a constant stream of frustrated traffic pushing round, eyes more on other vehicles competing to get through than on pedestrians not visible from any distance. I frequently have to break into a run midway… Read more »
Vote Up640Vote Down
YJC

I don’t expect Cllr Ward has ever had reason to try and cross at that roundabout in busy “normal” times. He lives in Sandown.

The unfortunate reality in such situations as this, that some unfortunate person has to lose their life or sustain significant injury, before preventive is be taken…

Unfortunately event this may not be enough, as per the case in Wootton.

Sandown, please help us all remove this clueless Councillor from our cabinet. Vote him out. He is a liability, an embarrassment and he is costing you money.

Vote Up300Vote Down
Colin
Cllr Ward went on to declare that a signal controlled crossing cannot be installed safely at the junction and therefore a programme to improve crossing facilities there does not feature in the grand scheme of Newport road improvements. He finished by saying, “I know people do feel it is dangerous, but it’s more a perception than reality.” Right. let’s have a vote. Is the councillor correct? Vote… Read more »
Vote Up12-91Vote Down
Colin