Jail for man who recorded from TV, then sold them as DVDs online

The Isle of Wight Crown Court heard how the man made more than £100,000 selling home-made DVDs of sporting matches he recorded from Sky Sports, BT Sport, UEFA, Eurosport, ESPN, ITC and the BBC. 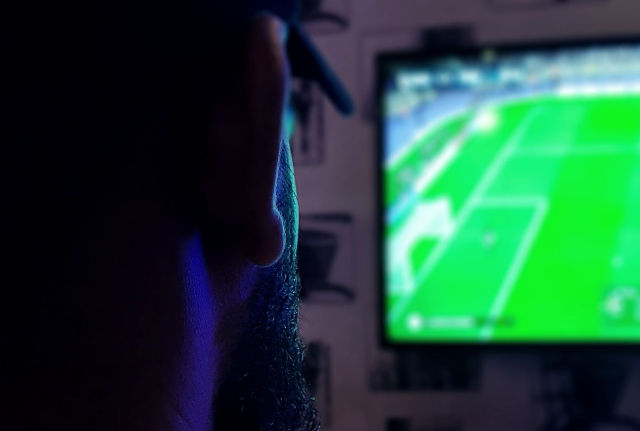 The owner of a Website which listed hundreds of fake DVDs for sale, including football, darts and snooker matches, has been jailed by a crown court judge.

The sentencing followed an in-depth investigation by Isle of Wight Council Trading Standards officers who uncovered the scale of Darren Hawken’s online enterprise.

Over £100,000 in ten years
The Isle of Wight Crown Court heard Hawken made more than £100,000 over a ten-year period, selling home-made DVDs of sporting matches he simply recorded off broadcasters including Sky Sports, BT Sport, UEFA, Eurosport, ESPN, ITC and the BBC.

He sold the copyright material through PayPal accounts to customers all over the world.

Hawken, 49, of Oaklyn Gardens, Shanklin, pleaded guilty to four counts of making copyright articles for sale without a licence and was jailed for 18 months.

Anonymous tip-off
Hawken first came to the attention of Trading Standards when officers received an anonymous tip-off alleging a large scale illegal counterfeit sport and music operation, selling sport DVDs and music CDs from a Website originating from an address in Shanklin.

The complainant stated that every time a new broadcast was shown on TV, it was recorded and added to the website, and advertised for sale.

Operating for 15 years
They further alleged this had been operating for the past 15 years and that they had purchased two of the DVDs listed. When the DVDs arrived, the complainant was surprised to see they were home-made using plain ‘TDK DVD-R’ discs.

Trading Standards launched a full investigation in which Hawken’s PayPal accounts were examined.

A subsequent raid on his home resulted in the seizure of 4,700 DVDs along with numerous music CDs, samples of which were sent to broadcasters for examination.

“This court case is testament to the successful work of the council’s Trading Standards service and its partners, who carried out a thorough investigation to gather key evidence against Mr Hawken.

“As the sentencing judge commented, these were very serious offences, committed over a long period of time and involved substantial sums of money — in excess of £100,000.

“Immediate custodial sentences are rare in Trading Standards cases but go to show how serious some of these crimes are seen.

“This successful prosecution sends out the message that the council will not tolerate the sale of illegal goods to the public.”

“UEFA takes the protection of its intellectual property extremely seriously. Theft of the copyright in the footage of its matches takes revenue out of the sport, and has a detrimental impact across all levels of the game, from the grassroots upwards.

“UEFA therefore welcomes and endorses the actions taken by Trading Standards in this case, as well as the strong deterrent message handed down by the court in the Isle of Wight.”

3 Comments on "Jail for man who recorded from TV, then sold them as DVDs online"

Was it really necessary to jail this man for 18 months! He is hardly a danger to anyone except Sky Sport and the BBC and even then about as minimally as it is conceivable. £10k a year is not even a living. This could have been suspended which would have saved the taxpayer a fortune. there are sex offenders who dont get this sort of punishment. Disgraceful.

Crimes against big business are obviously more heinous than those against people.

There are strict guidelines laid down for all criminal offences. I think the maximum for the above is 10 years….It’s a complex set of rules that judges have to follow, impartially and objectively.
And yes, it seems that some sex offenders seem to ‘get off lightly’.