Joel’s a winner at Rowing Regatta 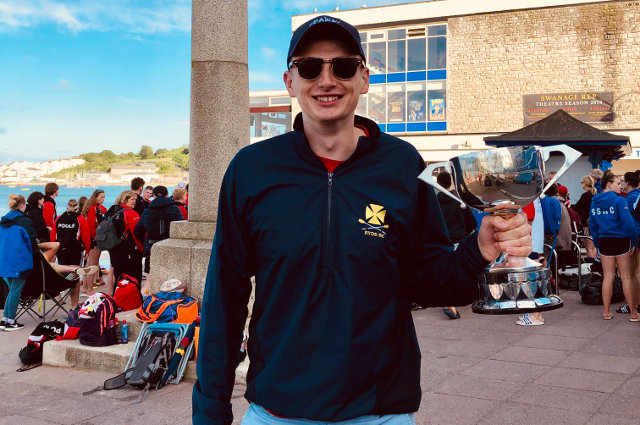 A much-depleted team, heavily affected by the exam schedules and the IW Festival, from the Wightlink Sponsored Ryde Rowing Club, competed at Swanage Regatta on Saturday (15th June).

Swanage Regatta is a Hants & Dorset ARA  event held over a 1,600m course in Swanage Bay, Dorset and with no local Club to host 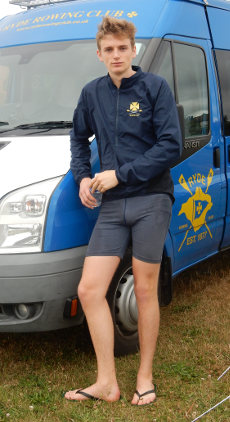 the event it relies on the Association Clubs to organise the event – with Ryde Rowing Club playing their part – providing race officials, the event coordinator and Safety Adviser and the Race Officials lunches.

The Club were also able to provide assistance to their fellow Island Club’s, Newport and Shanklin, following the breakdown of Newport Minibus which was towing the boat trailer carrying theirs and Shanklin’s Boats. Ryde, with their depleted team, had only taken their Minibus to the event with their two boats on the roof and so were able to tow the Newport trailer back from the event.

Joel’s a winner
On the water Ryde’s Joel Smith won his Coastal Junior Sculls event – although he did it the hard way – having won the first race the Umpires decided to re-row the event because two of the scullers had been impeded by a passing pleasure craft – but Joel stepped-up and won the re-row even more convincingly to take his first Junior Sculling point of the season.