Are you a Big Chunk person or a Small Chunk person? Find out by reading Jonathan’s Sunday column. 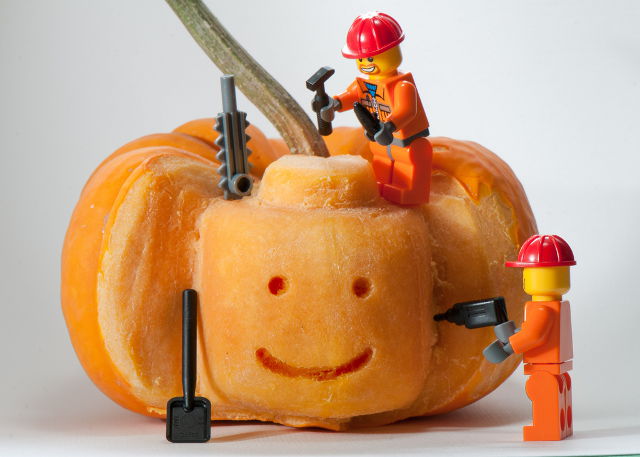 I guess there are two kinds of people out there. Funnily enough, that seems always to be true, even though the definition of the kinds can change from moment to moment. There are people who like Rugby and everyone else, or people who get cold easily and those who keep turning the heating down, or ‘unrealistic dreamers’ and ‘practical realists’.

We use this idea to distinguish ourselves from each other and to cement our links with other people. Usually it’s good and sensible and comforting, but sometimes it spills over into nastiness and worse. You were just about allowed to be a pacifist in the First World War, but you’d end up in prison unless you volunteered to drive an ambulance or work in the mines. In Ukraine right now they’re fighting about whether to be Pro-Russia or Pro-Europe. These feelings and antagonisms can run deep.

An all-male school, of course
I remember at my school a number of years ago, we had a fierce argument going about whether we were fans of Dinky Toys or Corgi Toys. It was an all-male school, of course. Fights broke out. I remember thinking that both were good, and it boiled down to whether you liked one or the other, not whether one was good and the other rubbish, but I had just about enough sense to keep that to myself. In an argument between two well-defined groups, sometimes sitting on the fence is the least safe thing to do. Even a staid discussion on Radio 4 can become difficult if people don’t see eye to eye and can’t or won’t see the other person’s point of view. I was listening the other day to a programme about books. One person loved a particular book because it was all about the minutiae of the relationship between two sisters in Delhi. The other became explosively angry because this was at the time of the Partition, and the Indian subcontinent was full of two factions – Hindus and Moslems. He couldn’t see why anyone should care about two sisters when people were dying and Gandhi was being assassinated.

Because everything else is just details
I know they both had a point, and I was pondering the roots of their disagreement. Today’s version of ‘There are two kinds of people in the world…’ involves Big Chunks and Small Chunks. Some people, if asked to do a job or chore, will need to sort out what it’s all about, what size it is, how much time and effort will be needed, and who’s going to do it all. They always think that a plan will just work, because everything else is just details. The other group is worrying about where they’re going to park their car, and whether their broom will be the right size, and whether the plastic bags will be strong enough.

Brainless repetitive tasks
If you were to lock these two in a cupboard for a while there would probably be bloodshed. But if you select a team only of Big Chunk people, the thing’ll never get done. Ditto Small Chunk people. Any manager worth his or her salt (I’m fairly sure I only have a small packet of salt myself, maybe one of those tiny blue ones you used to get in crisp packets) knows this, and apportions work according to the varying chunkiness of the team. As with anything, this is not digital. Nobody’s exclusively Big Chunk or Small Chunk. I know I get quite twitchy about the big picture and my part in it, but I can also be given brainless repetitive tasks that nobody else wants, and I’ll happily spend days just getting on with it.

Money they haven’t got
I don’t think enough effort is put into this in any public way, which is why politicians and businessmen are so unpopular. It’s no good standing up and talking about grand schemes to save the environment if half the audience want to be reassured that it won’t cost them money they haven’t got. And all good environmental thoughts can easily be demolished by a young person’s incessant pleas for a McDonald’s. We’ve all been affected by the weird weather, and most people by now recognise that something’s going on, whether it’s global warming or not. The thing is that all of us actually react when it’s flooding our house or blowing down our fences. And we don’t like the inevitable hike in insurance premiums either.

Given the job of inventing the wheel
How do we manage to get the Big Chunk to marry up to the Small Chunk? I suspect a lot of relationships work reasonably well if there’s a mixture of types and a willingness to respond properly to the other person’s concerns. In England it seems like it takes a proper war to get us all pulling in one direction. Even if it’s not a good one.