Jonathan Dodd returns with his Sunday column and this week and asks some important questions. As always, a great long read. 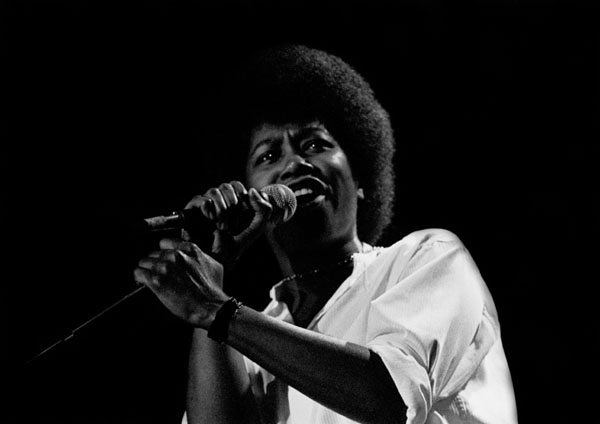 This week I thought about writing a whole column that made absolutely no sense, with every sentence just full of encouraging words but no substance. Yes, you’re ahead of me. That’s what some people surely think already. And they might be right. I’m terrible at asking straight questions, unless I blurt out something so short it’s rude. I once found myself attending a concert at the BBC Radio Theatre (by mistake, for those who love Withnail and I). It featured Joan Armatrading, and was presented by Johnny Walker, in his heyday, in between scandals.

I knew Joan Armatrading from her first excellent album, and I was convinced that I’d seen her years before that, on BBC2’s excellent Late Night Line-Up, often fronted by Joan Bakewell (aka the Thinking Man’s Crumpet, which quite rightly nobody could say today). It was mostly news and discussion, but occasionally they had an unknown singer doing their first TV gig. I saw a very young Elton John singing Your Song before he was famous, and Melanie singing I’ve Got a Brand-new Pair of Roller Skates, and many others, and I was certain I had been knocked out by a completely unknown Joan Armatrading, coming in at the last moment to replace someone who had cancelled.

Late Night Line-Up flourished despite its very Sixties refusal to put out a menu of items beforehand, relying on the hope of finding interesting people to turn up and talk interestingly about almost any subject, and I loved it. Occasionally this approach backfired, but those failures were exciting, and entertaining too. I admired the bravery of the producers and presenters, who staked their reputations every night, and lived by their wits, in the belief that the guests would turn up and sparkle. Imagine a television station trying to pitch that idea nowadays. I think we lost something there.

A degree of audience loyalty and intelligence and involvement
Late Night Line-Up lasted because it expected a degree of audience loyalty and intelligence and involvement. Its core audience wasn’t very large, and there wasn’t usually anything else to watch at that time in the evening. None of that applies any more either. I can’t imagine anyone in the public domain at the moment wanting to risk appearing in an unscripted discussion programme with cultured and knowledgeable people. Somehow we’ve lost the plot when it comes to scrutinising the speeches and policies of politicians in the way that we used to back then. I think we lost that too along the way.

I remember being at school too, and the arguments we used to have all the time. Over football teams and toys and people or groups we liked or didn’t, more often than not ending up in a lot of shouting and sometimes a fight. I could never understand that, and I still can’t. I liked Corgi Toys, and some other people liked Dinky Toys. I was fine with that, but sometimes they wanted me to change my mind and agree with them, and I always refused to do that. It wasn’t about toys or heroes at all, of course, it was about choosing sides, and making others join your side.

Everyone ends up somewhere on that spectrum
Later on, when I grew up a bit, I understood that it’s all part of the dynamic process of learning what your place is and where you stand, whether you’re a follower or a leader, whether it’s more important to be in a group or stand up for your individuality. Everyone goes through it, and everyone ends up somewhere on that spectrum. I also understood that not everyone thinks about it or tries to understand it. Mostly people just think it happens, and they belong or don’t belong to this group or that, and it’s natural. I don’t understand the dynamics of all this, but I do see that most people don’t think about it, but I do. I can’t help it. That’s the way my mind works.

I understand that most people just join something, mainly because it’s easier or more familiar than being different. The problem is that if you have arrived at where you are through drifting, you’re not going to understand how someone else might arrive somewhere else, and you’re often suspicious of them, not because you don’t understand them, but you don’t understand the randomness of the whole process. You end up thinking that you’re in the right place and you’re also right, mostly because you never asked those questions. And sometimes, either spontaneously, or sometimes when someone whips feeling up, you can find yourself attacking people who are ‘other’.

Why am I banging on about this? It’s because of how things start to go bad, and how fast it happens. If we don’t challenge those in authority by asking questions and demanding answers, they will begin to feel that they have more freedom to go farther than they should, and they start to think that they can do anything, because nobody will challenge them. Once we let our politicians talk rubbish and make empty promises and lie, we risk everything we have taken for granted. And we end up being governed by people who should never have been given the chance, who should have been called out long before they could get momentum going.

They forgot about the future in favour of today
It’s simple to spot these people. They do two things all the time. They talk about how great they are and how they’re going to make everything wonderful, and they attack their opponents by mocking them and suggesting things that aren’t true about them. They gather people around them who are going to cheer everything they say. The loudest cheers are always for the personal attacks on the opponents. They never answer any questions, and their attacks are never about policies, and their speeches are never more than words that will excite their most vocal supporters. They’re very good at this, and we seem to have no answers. Turn on your TV any day, and there it is. You can’t miss it.

I’ve been worrying for many years about this, and I believe it started long ago. Our politicians got lazy. They started to believe their own propaganda, and they failed to offer help to those who didn’t support them, or whose votes didn’t matter at the time. They forgot about the future in favour of today, and they made a huge number of people feel let down and marginalised, and they degraded the currency of politics. And when the demagogues arrived, they had nothing to counter them with, because they had no credibility and no mass support. The demagogues know how to play to these groups.