Latest comic in Commando series set on the Isle of Wight

You can meet the writer this Saturday from midday at Heroes Comic Shop in Newport when he’ll be signing copies of Radar Raiders. 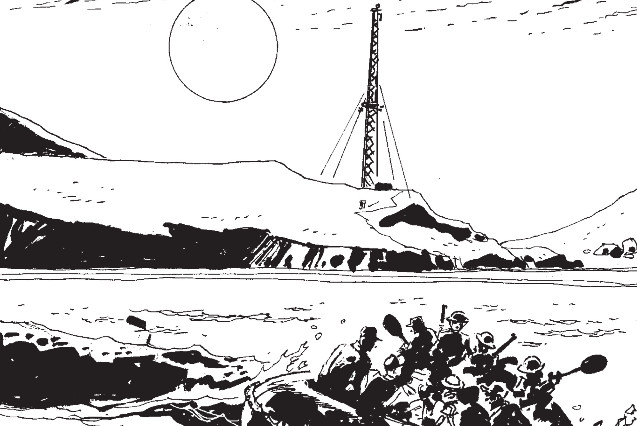 Isle of Wight-based pop culture journalist,  Russell Sheath, has just released his latest comic and will be signing copies later this week.

The story is called Radar Raiders and it appears in the 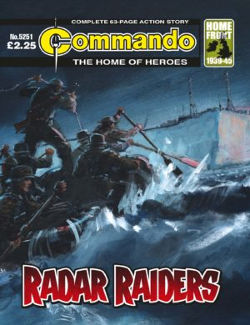 The story is set on the Island during WWII and is about a daring raid on the Radar Station in St Lawrence.

“The story is inspired by my own boyhood adventures playing in the downs around Wroxall and Ventnor, which have a rich wartime heritage.

“It’s also influenced by my own experience as a regular and reserve soldier.”

Get your copy
To celebrate the comic’s release Russell will be signing copies at Heroes Comic Shop on Scarrots Lane in Newport on Saturday 17th August from midday.

Russell tells OnTheWight there’ll be a free print of the cover art for the first 40 customers.

Community-spirited
You might remembers Russell’s name from a new item earlier in the year, when he donated 50 graphic novels to Cowes Enterprise College.

Based on truth so rumour has it. For more read “Churchills Last Secret” by Adrian Searle.

When I was young we used to collect spent rifle cartridges from around St Catherine’s and my parents said they were from military exercises, but I have been unable to find out that any happened. Unfortunately my mother threw them all away as she did not approve of war and that. I’ve looked since & there are none left.

I used to read these when I was a nipper, great stuff. They were ‘1 shilling’ war books then. Ironically, looking at present happenings, there was a title called ‘The Silver Spitfire’ !!