Letter: Isle of Wight MP must be held accountable for his vote against a clause to protect NHS in trade deals

This reader urges Islanders to challenge Isle of Wight MP Bob Seely, and ask him why he voted as he did against a clause that would have guaranteed protection for the NHS in any future trade negotiations 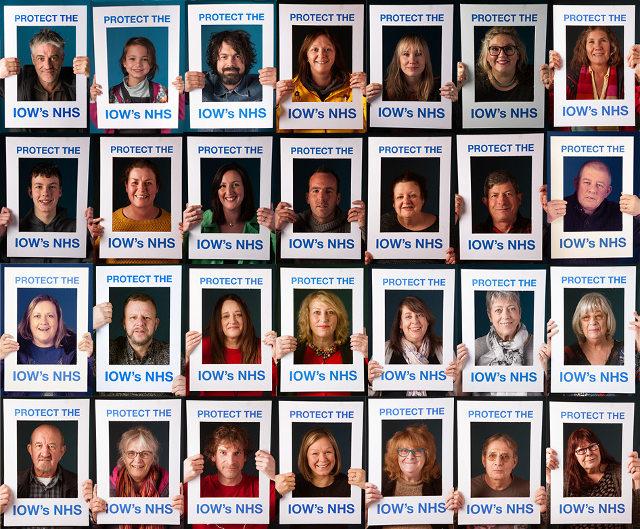 This from Colleen Brannon, Ryde. Ed

This is a call to arms.

Last week, in my view, your MP betrayed you.

Mr Seely, elected to represent you, was one of 340 MPs who voted against a clause to the Trade Bill that would have guaranteed protection for OUR National Health Service in any future trade negotiations.

This is absolutely undemocratic, a view expressed by many, including Mr Seely’s Conservative colleague Jonathan Djanogly.

Is this how you imagined taking back control would look?

USA has more negotiating clout than the UK
I’m sure the USA would be glad to expand their lucrative healthcare market, Donald Trump initially said the NHS would be ‘on the table’.

The USA has more negotiating clout than the UK, seeing as our trade with them accounts for 13% of our exports, yet only 3% of their exports are traded with us, and they have much more recent experience in negotiating bilateral trade deals. Without protection, Our NHS (or what’s left of it), is at risk.

Lip service is simply not enough
The future of our NHS, our most important and invaluable institution should be protected in law, as Clause 17 sought to ensure, and I cannot fathom why any MP claiming to represent us, The People, could vote against it. If Mr Seely and the Prime Minister are so certain the NHS will not be a negotiating chip in a future deal, why did they vote in this way?

Why should they feel it necessary to keep their options open? On this issue, lip service is simply not enough.

Successive Governments think nothing of breaking promises
Our PM and MPs like Mr Seely promise that the NHS will never be for sale, and I would love to have faith enough to believe them, but I have seen successive Governments make promises and think nothing of breaking them, time and time again. Royal Mail, British Gas, British Rail, British Telecom…all sold.

The writing is on the wall. The future of our NHS, already struggling after years of underfunding and privatisation, is far too important to rely on promises, or wishes, or prayers. Clause 17 would have cemented those promises into law, if only MPs such as Mr Seely had voted for it.

72 years of keeping us safe
We forever owe a huge debt of gratitude to OUR NHS, and every single person, from cleaners to technicians, nurses to doctors, who serves within it.

72 years of keeping us safe and healthy, of caring and repairing our most precious loved ones, of being there for us to rely on in our darkest and most traumatic moments. All of that before you even begin to consider the resilience and commitment each and every one of them has shown in the last few months during this pandemic.

We owe it to our children and grandchildren
They all deserve a pay rise. They all deserve you and me to fight for the institution they serve and we rely on, with everything we have got.

We owe it to our children and grandchildren, not just to hope, but to fight to make sure our NHS will be there for them, publicly ran, publicly, owned, publicly funded and free at the point of use, like it has been there for us, as our grand grandparents, who built it for us, intended.

Hold the MP accountable
So I urge you to challenge Bob Seely, ask him why he voted as he did. In person, by phone, in emails and letters. Be vigilant. Join Isle of Wight Save Our NHS (Facebook Group) and take part in campaigning actions.

If MPs are not willing to ensure the future of OUR NHS, it’s up to us to do everything we can to hold them to account and to protect it.

Filed under: Health, Island-wide, Letter to the Editor, Top story

11 Comments on "Letter: Isle of Wight MP must be held accountable for his vote against a clause to protect NHS in trade deals"

newest oldest most voted
Alternative Perspective
The conduct of this Government when it comes to our NHS is insidious. We saw how ill equipped and vulnerable our NHS was/is in the current pandemic. Despite the Cygnus exercise in 2016, vital stocks of PPE were allowed to run down, with much of it out of date. Hospitals were instructed to discharge COVID positive patients to care homes, resulting in wide spread infection and deaths… Read more »
Vote Up59-4Vote Down
Alternative Perspective
As with all things Conservative, this has everything to do with money, and really nothing else. We have already witnessed how the private health sector is keen to offer, and cherry pick, lucrative contracts for NHS work. When things go wrong, they are super quick to dispatch the patient back to the NHS, for the NHS to pick up the pieces. What is not being openly talked… Read more »
Vote Up53-3Vote Down
Ronnie

And still the people of the Isle of Wight continue to vote Conservative: as if Seeley and his crew care a jot for the Isle of Wight or its citizens. Don’t forget, he also expressed support for Cummings’ trip up North, and his away day, while we were all staying safely at home to protect ourselves and each other.

Vote Up14-2Vote Down
planespeaker
There is nothing in Colleen Brannon’s letter with which I disagree. The hypocrisy of Seely, so keen to be seen eagerly expressing his support for our NHS workers when the country demanded it, revealed to be nothing but ugly poitical ambition by his failure to vote to protect that magnificent institution from the grasping hands of those who would sell it off. Do not forget this when… Read more »
Vote Up13-1Vote Down
Mark L Francis
OMG! Due to leaving the EU we have to negotiate with people we don’t like from a position of weakness? Maybe we should walk away & only deal with China – o r Iran – or Saudi Arabia – or any other country that we currently actually have SANCTIONS in place. Who saw that one coming? Who knew it could be so complicated? We were promised that… Read more »
Vote Up10-1Vote Down
Rowan
I have just written: ‘Dear Bob You have failed to protect our health service – please protect it whenever you get the chance in the future. So sorry to be writing yet again in frustration and disappointment. I see from https://onthewight.com/letter-isle-of-wight-mp-must-be-held-accountable-for-his-vote-against-a-clause-to-protect-nhs-in-trade-deals/, and https://votes.parliament.uk/Votes/Commons/Division/822, that you did not support the proposed Clause 17 in the Trade Bill to protect our health service in future trade deals. I am… Read more »
Vote Up80Vote Down
choccofrolik

MP Seely is a Conservative. He was voted in as such, therefore he must follow the “Party line” accordingly, or face consequences. That’s why some Parliamentarians are called “Whips”!

Absolute tosh! Seely was elected to represent his constituents, not suck up to Boris.

One thing is VERY CLEAR over the last few months, how valued the public place on our NHS, they do NOT want to see It’s services privatised and out NHS sold off to Trump