Cllr Lilley says the Isle of Wight will continue to have a financial and legislative gun to its head until we are recognised by Parliament and the Government as an Island. 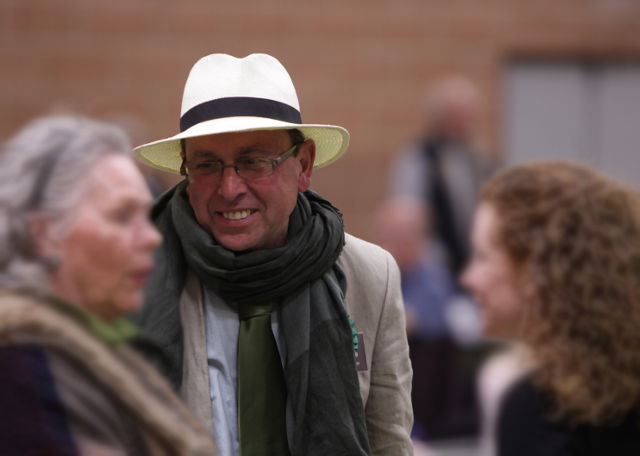 This letter from Isle of Wight councillor for Ryde East,Cllr Michael Lilley. Ed

At the Isle of Wight Council’s Policy and Committee for Adult Social Care and Public Health, there was an important revelation on Monday, 25th March 2019. As a Committee member I asked the representative of the Isle of Wight Clinical Commissioning Group the following question:

“In light that we know from a study by Portsmouth University that Isle of Wight Council annually starts each financial year with a £6.5 deficit compared with mainland local authorities due to being an Island; what is the figure in regard the NHS?”

The answer was £10-15 million, which if you add to the IW Council figure equates to the Isle of Wight Public Services being at a disadvantage of £16.5-21.5m a year. This is without the possible deficit built into the Police.

Possible £20+m disadvantage
This is clear evidence that the Solent is not only the most expensive piece of water to cross in the UK and some say the World, but it costs Islanders a possible £20m plus disadvantage to our needed public services annually compared to the mainland.

However, we now know that the figure is far beyond £6.5M as the Portsmouth University states, we need to face up to the £20M plus figure.

We cannot go cap in hand each year with a begging bowl or continually expect local Public Servants to manage services that have a built-in annual Island deficit. This is abject cruelty.

For example, the issue of the Island having to deliver to South-East England housing quotas which are fixed to need of South East England not the Island’s needs.

Autonomous areas
Scotland, Wales, and Northern Island through devolution have their own legislative making assemblies to customise legislation and financial settlements to their needs. In Scotland, Scottish Islands are recognised and they are able to fit powers and finance to their needs.

Jersey and the Isle of Man have their own legislative powers as autonomous Islands. French Islands are accepted within the European Union and by the French Government as Islands that need different legislation and financial settlement designed to their needs.


Legislative gun to our head
The Isle of Wight will continue to have a financial and legislative gun to its head continually through the annals of time until we are recognised by Parliament and the UK Government as an Island. We need to enshrine our needs in legislation and a financial settlement.

We need to throw away the begging bowl for once and for all. We need to start an Island Act campaign now!

Filed under: Health, Island-wide, Isle of Wight Council, Letter to the Editor, Unexpected

newest oldest most voted
hialtitude
I have some Channel Islander heritage in the form of a Grandad who I sadly never met, but that hasn’t stopped me visiting the Channel Islands and feeling connected to them. I look at their local papers every so often and am aware that they are in a bad situation with regard to Brexit. Much closer to France and much further away from England than the IOW,… Read more »
Vote Up9-1Vote Down
BigG
Am I going mad! An island is defined as a land mass that is completely surrounded by the sea or water….. and is physically not attached in anyway, by a bridge or other solid structure, such as a tunnel, to any part of a continent or larger area of land. Why is that not understood.? How can the Isle of Wight, the clue being in the name… Read more »
Vote Up9-4Vote Down
hialtitude
I imagine that the Hebrides, Shetlands etc have a better financial deal than the IOW does, that their status as Islands is acknowledged by Westminster. The Isle of Man and the Channel Islands are not so closely linked to England and have their own government in effect, they also have a different tax regime, so they are used as tax havens and their economies benefit greatly from… Read more »
Vote Up7-1Vote Down
nick

From what I seem to remember, back in the late 80’s when the IOW was trying to get assistance from Europe as an “Island”, those at Whitehall would not support it as we were classified as an “Estuarine Anomoly” !!

I believe it was the EU that decided we weren’t an Island will that still apply if brexit doesn’t happen.
Could a government petition be started to support this discrimination against us.

There’s no need for any of this. What we really need is a road link to the mainland and full integration with the rest of the Solent region. This will no doubt bring many benefits such as a lower crime rate, increased wages, better job opportunities and better access to public services & healthcare to name but a few.