Letter: ‘The public want alliances more than tribalism, and are fed up with constant fighting and petty arguments’

With the prospect of a general election the Green Party Prospective Parliamentary Candidate asks whether we could see real, significant alliances on the Isle of Wight. Vix says thousands hope so, and some are trying to make it happen. 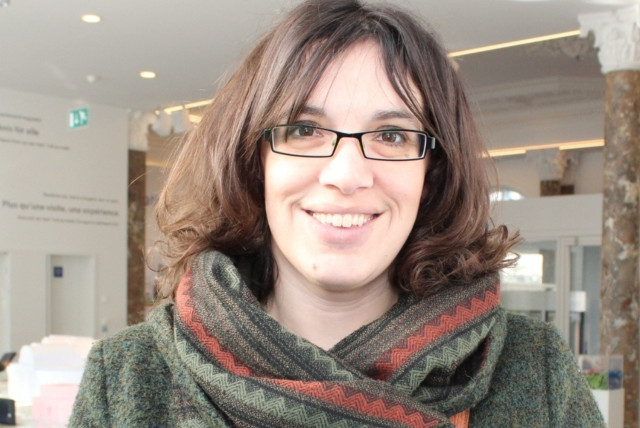 Learning the hundreds of road-signs in a well thumbed paper copy of the Highway Code was a task with little reward: no sooner had you memorised the section of motorway signs, then the next page of arrows pointing indiscriminately westwards would flummox you, chuck it across the bedroom and hope the examiner would ask you something simple like when to indicate.

The last three years have felt like constant cramming: about politics, elections and parliamentary procedures. You feel you’ve got the hang of it, then wham! Prorogation and Fixed Term and Filibustering catch you out. It’s almost like our vague and malleable constitution has been set up to catch out anyone who didn’t go to the right sort of school…

The Worst Prime Minster. Ever.
Though one thing that has become clear this week is that Boris Johnson is on track to be the Worst Prime Minster. Ever. And not a matter of my opinion – but fact. Thatcher lost four votes in 11 years. Boris has spent three *days* in the Commons and lost three votes – it took Gordon Brown three *years* to do the same.

Our Prime Minister lied when he was a journalist, lied in his marriage, and so it should be no surprise that he is lying and scheming as our national leader. But the glare of the spotlight has shown him up – warts and all. He has completely lost the trust of the House.

Seely: ‘Speaking as a natural rebel myself’
And this inability to tell the full truth is clearly contagious. Much has been spoken of the ‘Rebel Alliance’ of cross-party MPs, working to stop a No Deal Brexit. When quizzed about this at the Islanders for Europe meeting in Newport this week, our own MP Bob Seely responded with the phrase ‘Speaking as a natural rebel myself…’!

When has our MP ever rebelled?! He has been rigidly loyal to his leader and the whips, voted for cuts to local government and schools, and flip-flopped on his support for the Deal (March) and for No Deal (September) to ensure he always does as he is instructed. Some rebel!

Alliances needed more than ever
But it’s true – never have we needed alliances more than ever. We have to pull together, take deep breaths, and look around for those bridges to build. I firmly believe that the public want alliances much more than they want tribalism, and are fed up with the constant fighting and petty arguments.

So – is a General Election going to help whatsoever?! I don’t believe we have a choice: the government has lost its majority and Parliament are at stalemate. A General Election seems inevitable.

Significant alliances on the Isle of Wight?
I’ve been a secondary school teacher for 20 years this week. I wanted to teach History since I was at school – but I never, ever planned to be involved in changing it.

When the election comes, I’ll be standing to be MP for the third time in four instable years. Yet unlike many seats, could we see real, significant alliances on the Isle of Wight? Thousands of us hope so, and some of us are trying to make it happen.

Honesty and openness needed in our politics
Because the next ten years will be critical in the direction our country takes. Not just Brexit. But the sustainability of our essential public services, our planet and the future for our children is at stake. If the UK continues in its current form we need a new clear and fair codified constitution to ensure honesty and openness in our politics, not jargon and game-playing.

We cannot go backwards. Our wonderful country is crying out for radical overhaul and we need people in Westminster who are compassionate but aren’t afraid to ruffle some feathers: who can rebel, but alongside others and in an alliance.

I’m proud to be standing to be MP again and leading that fight for our Island and the wider world – in the small ways that I can.

11 Comments on "Letter: ‘The public want alliances more than tribalism, and are fed up with constant fighting and petty arguments’"

newest oldest most voted
iain mckie
While I cannot deny Vix Lowthion’s tenacity and ambition to become an MP, what she appears to be asking is for Labour/Lib Dem canidates to step aside to give her a clear run as the Remain candidate. Given Labour’s impressive result last time round and the resurgence in Lib Dem support here and across the country it is impossible for them to not run a candidate at… Read more »
Vote Up34-7Vote Down
Steve Goodman

To stand a credible chance of unseating Seely and all other politicians failing to respond usefully to our suicidal business as usual, it is the Greens and other green politician who should be supported first.

Vote Up11-5Vote Down
profoundlife
Ah, Vix. There was me taking you at your word. You say you want to build bridges, but then spend half your article slating Boris Johnson. I’m no particular fan, but for Leave voters, he represents the best chance of it actually happening. When you say you want alliances, what you really mean is if you band together with other Remainers, you can thwart the whole thing.… Read more »
Vote Up29-14Vote Down
Steve Goodman
Not hard to find a way to say why so much of that is wrong. Caroline Lucas is a well-respected world class politician; one of our comparatively few sincere, knowledgeable, transparent, trustworthy, and very hard working MPs, punching well above her weight as our country’s first parliamentary Green. I saw firsthand that she made the effort to meet and listen to leave voters, because, unusually for our… Read more »
Vote Up12-18Vote Down
iain mckie

I spent the first half of the year working in Brighton. I was shocked by the number of drunks sleeping on cardboard boxes, rubbish thrown all across the street due to overflowing bins, dog mess everywhere, and levels of graffiti I have never encountered before. This is a town/city that has a strong Green Party presence and a Green MP. Not a good example.

Vote Up5-12Vote Down
profoundlife
Steve, I think many will disagree with the well-respected part. Last time she was in the papers was to promote an all-female, all-white government. An offensive non-starter. To give her her due, it is remarkable she got re-elected in Brighton after the Greens had messed up the Council administration so much they got kicked out after one term. If she’s serious that she listened to leave voters,… Read more »
Vote Up4-10Vote Down
Tim

No Vix doesn’t want a bridge or a tunnel, she’s content for the ferries to continue ripping us off just like Bob and the others.

Vote Up3-8Vote Down
wellsm
It seems to me that one prospective parliamentary candidate (who came third in 2017) should suggest in public that she should be the only opposition to the sitting MP is profoundly arrogant. If she really believed that this was a way forward she surely should have been speaking to the other parties in private about a possible election pact. This public statement is at best a publicity… Read more »
Vote Up14-4Vote Down
ianc
I feel ashamed of our MPs. Both major parties agreed to implement the decision of the referendum. Leave won. There was nothing about leaving with a deal or indeed remaining with a deal. General comments -Imagine if the Scottish independence result was 52-48 leave and the sitting government refused to allow it. Howls of protest no doubt -There is the ridiculous position of Major condemning Johnson for… Read more »
Vote Up4-2Vote Down
mick

The trouble with electoral pacts. At the last IW Council elections a Green Councillor was elected in Ryde. Shortly afterwards he left the party and became an Independent. There are now no Green Councillors on the IW Council.