Library Service Could Be Reduced To One Library: Unconfirmed (updated)

Worse case scenario could see just one library on the Island

As VB readers will be well aware, the Isle of Wight council is currently reviewing all services they provide, leading to potential loss of around 300 jobs. 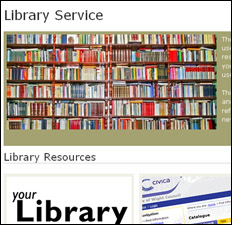 This follows their budget cuts first revealed back in February, as well as the impact of the Government’s Spending Review announced in September.

Massive cuts to Library Service
We understand that a meeting was held yesterday with employees of the Island’s Library Service, where some worrying news was discussed.

Although this is yet unconfirmed with the council, our source tells us that during the meeting, it was revealed that a minimum of one library and a maximum of six libraries would remain open on the Isle of Wight.

With only 11 libraries currently open to the public that means at least five libraries will close under the review, possibly ten.

Our source went on to say that all staff will have to re-apply for different jobs within the service and that a large proportion of library staff were very distressed by the news they received in the meeting.

Libraries, Adult Social Care, Museum and Heritage services, Tourist Information Centres and the Ventnor Botanic Gardens are just a few of the non-statutory services under scrutiny.

We’ll update this article once we’ve been able to confirm the position with the council.

Update: We asked whether the news we’d reported was true and were given this response.

IW Council chief executive Steve Beynon, said: “Because of the current economic climate and the subsequent large reduction in money made available to local authorities, the council will have to save £32 million pound over the next four years. Around £17 million of this will need to be saved in the first year. As a result, the council is looking across all its services to see whether they can be delivered more efficiently.

“Both the library service and the Waterside Pool are part of this process. At the moment however, no decisions have been taken. The way forward will be discussed by the council’s Cabinet on 7 December 2010.

“The papers for that meeting will be published on the council’s website www.iwight.com by 5.00pm on 29 November. While we cannot until that time say what those papers will recommend – nor, of course, what Cabinet will decide – it is clear that “no change” will not be an option due to the financial constraints placed upon the council. The Cabinet’s decisions will then be the subject of public consultation.

“While this is clearly an unsettling time for staff and residents, the council will explore every possible opportunity and partnership arrangement to maintain as many services as possible within its greatly reduced budget.”

Our thoughts are with those whose jobs may be at risk.

24 Comments on "Library Service Could Be Reduced To One Library: Unconfirmed (updated)"

i think volunteers will have to step up to the bookplate.

all over britain the lights are about to go out in many libraries.

self-service machines are a good idea for those who can understand/operate them.

there are self-service machines in the john harvard library – london borough of southwark – but they baffle me.

scroll down at link to read prize-winning novelist howard jacobson standing up for libraries :

Vote Up00Vote Down
Intentionally Blank
quite how one library could be justified I dont know. It makes me wonder if the council has some sort of interest in providing southern vectis with buisness. If 6 remain open, where would those be? Newport and ryde are obvious. Perhaps one in the sandown bay area. one in the west wight, yarmouth or freshwater. maybe one in south wight, so ventnor, or somewhere like chale.… Read more »
Vote Up00Vote Down
James Arrow
Archaeologists and historians say that back in 2010, Britain had libraries everywhere. These houses of records and knowledge were to be eliminated.It may have resulted from an elite ruling caucus called “Condems” that ruled over an imperial nation in terminal decline.Britons must have once had an informed and well educated population.Surely this is a sign that at one time a great civilisation existed there and then they… Read more »
Vote Up00Vote Down
hoist by his own petard

Thanks for making me laugh over what is, in reality, a very sobering prospect.

Vote Up00Vote Down
Red Squirrel
This is totally outrageous and must not be allowed to happen. Libraries amount to only a very small proportion of Council expenditure and the Island Library Service delivers excellent value for money. Islanders of all ages need access to books and information. Thousands of children use our libraries for storytimes, rhyme times, summer reading challenges, activities and access to computers. We must not stand by and let… Read more »
Vote Up00Vote Down
Mo

I’m sorry, libraries are no longer used enough to justify the cost.

Aren’t thay…Shanklin Library is a pain because its usually crowded..and all the PC’s are being used.

What the stupid council don’t do is use their facilities well enough. Move the tourist information and help centres into the Libraries. Incorporate small libraries into other units (Tesco)

I use Ventnor library at least once a week or every two weeks. It’s always busy and most of the computers are always in use by people of all ages including young people doing their homework on them.

We have several readers/commentators who use computers in the library to get their VB news fix as they can’t afford the same at home.

Vote Up00Vote Down
Martin
WOW! I’m guessing by that level of stupidity YOU certainly don’t use one. For your information, Ryde Library at any rate is usually always pretty busy, and for all its potential faults, it is still an indispensable recourse for anyone engaged in any form of higher-education, and the hard-done-by staff do a fantastic job, under conditions that in most line of work would be deemed pretty damn… Read more »
Vote Up00Vote Down
romeantique
With the government looking to move as much as possible online (to save money)how short sighted is this of the council? There are likely to be a great many more people unable to afford a broadband connection in coming years, due to unemployment etc, let alone hardware/software, these people are going to be reliant on public computers in order to access services. This Council really haven’t got… Read more »
Vote Up00Vote Down
biggmarket

Speaking personally whilst I might be willing to help existing library staff, offering to work there in place of a paid employee who has been made redundant is another ball game altogether.

Vote Up00Vote Down
Bookworm
OK, so we obviously want to save our libraries (and other public services). The cuts that are threatening the closures originated with this ConDem government, so first stop is to complain to our MP and tell him he has lost your next vote on this issue – if that action is mirrored nationwide, this skin-of-its-teeth coalition might get jittery enough to rethink the public service decimation before… Read more »
Vote Up00Vote Down
MacMan
Libraries offer a very important service to the whole community,and I consider Ventnor Library the best community library i have ever used. Not because of the books stocked, or the facilities although those are adequate, but because of the dedicated, friendly, helpful, considerate and knowledgeable staff. Ventnor is a friendly library and the staff past and present have worked hard to make it a very valuable community… Read more »
Vote Up00Vote Down
Daniel Clarke

Have to say that these cuts go way too far!

if a few of the top bods at county hall took a paycut that would save a library in itself. Really hoping at least 4 will be saved as got a feeling more cuts in libraries next year, thats if it doesnt go down to 1 or 2 soon…

Reading these comments puts me in mind of two gentlemen discussing the relative merits of wine vintages over dinner on The Titanic. Interesting, maybe, but irrelevant in the context of what was about to happen.

Ironic that you should comment solely to whinge about others whinging.

So your name “stopwinging”, do you object to flying as well then?

Vote Up00Vote Down
Caroline Hurd
Gods what is going on? Lose our libruaries! Are we going backwards in time? Soon we will have the old free liberies that were set up by other compines and people with money! As for where we will be able to get on line, I have no idea! What’s going to happen to the books? What’s going to happen to the staff who have to re aply… Read more »
Vote Up00Vote Down
Barney McGrew

Astrid Davies – incandescent with rage – now there’s an oxymoron if ever I saw one.

Still, it should cut down on the electricity bill!

release a spurious document and make it look like an accident…say nothing to heighten the fear it spreads, then come back with a scaled back plan so everybody is releived.

Would we fall for it….we already have with the schools re-organisation…so probably

More than likely No 5 as the document was hardly leaked was it?
However with all the impending job cuts at the council they may well produce some disgruntled whistleblowers more than willing to shed some light on their experiences of the inner workings of the Council.
Could be very interesting.