Island cabbie gets gives us the lowdown on day and night rates.

Island cabbie, Anthony Greenman, continues sharing his views with us about working as a cabbie on the Isle of Wight. 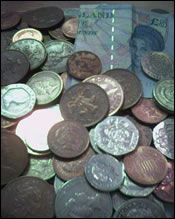 If you’ve just finished reading part two, that’s enough of the history, I guess what many people want to understand is how the rates are worked out.

In my view, dayrates for taxis on the Isle of Wight are very reasonable.

Typically four people can travel from Ryde to Newport for around £14, that’s £3.50 each, very favourable compared to say using the bus.

In fact if you compare the tariffs we charge (see tables) a daytime journey of 2 miles will typically cost you £4.60.

Take a look at the the tables and you’ll see that the Island is 288th out of 377 licensed areas around the UK. This of course does not truly reflect our night rates.

Skewed rates
In my opinion, we receive too much late at night for singletons or couples, but not enough during the daytime.

Five or six people travelling Ryde to Newport after midnight for a fiver each or less is not too bad, £25 for someone on their own, not so great.

As mentioned previously, I am not trying to justify taxi fares on the Island but £25,000 vehicles have to be paid for and having experienced several hours wait on the rank for a £3 fare in the daytime, this can be a little soul destroying at times.

Long unsociable hours
Working late hours to earn a living is not great for either your social or family life.

You also put yourself at risk late at night, you do get people running off without paying, you do get people being sick in your vehicle – taking you off the road for the rest of the night – people do fight and argue in the back of taxis. A driver was killed in Cowes not so long ago.

So next time you get a taxi, have a thought for the driver that is getting you home safely, whilst you attempt to brow beat him or her down on the fare.

The fare you are being charged is not an arbitrary figure plucked out of the air.