Dom and Alan will be taking part in the Isle of Wight Randonee in just their Mankinis on Sunday. All for a great cause. If you can spare some pounds, follow the links below to make a donation. 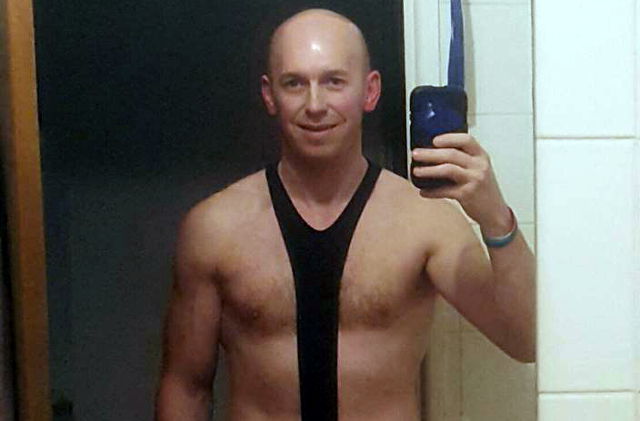 This weekend sees the return of the Isle of Wight Randonee. Running for over 30 years, the cycle tour offers a choice of two courses, 55km or 100km.

But you might need to prepare yourself Isle of Wight.

Mankini-mad, Dom Marle, will be returning and taking part in just his Mankini once again (he’s been doing the ride in a Mankini of some sort since 2013).

Not one, but two Mankinis
This year Dom will be joined by good friend, Alan Noble, and they hope to raise lots of much-needed funds for Still Birth & Neonatal Deaths Charity (SANDS).

Dom and Alan have chosen to do the 60 mile course, so there’ll be plenty of opportunities to see them cycling around the Island.

The lads will be starting their journey at Yarmouth just after 10am on Sunday and cycling clockwise round the Isle of Wight. Give them a cheer of encouragement if you see them.

How to donate
Dom has a Just Giving page where you can add your donations.