Part three in our series of ‘five things you shouldn’t miss at Bestival’. Next up is Michael Champion of Champs and The Shutes. 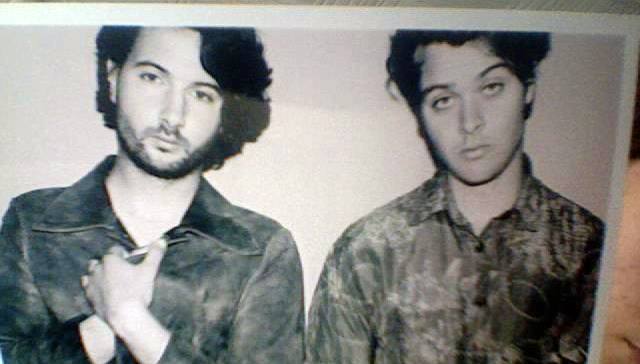 We’re massive fans of the work of Isle of Wight singer/songwriter Michael Champion of The Shutes and Champs.

We knew he’d have some great choices and he’s definitely come up trumps. Ed

1. Palma Violets: They’ve just signed with Rough Trade, which informs you they’re a band worth watching before you’ve even heard a note.

We played with them in Bath last February in a tiny club and they blew everyone away. Raw, Energised, fuzzy rock n roll with a healthy dose of eccentric, sweaty showmanship. See them before they’re massive.

His live shows carry a stark air of unpredictability and frightful intent. I’ll be at the front for this one.

3. Grimes: I’m a bit late to the party on Grimes but it’s a damn good party to be at. If you like left field electronic pop music recalling Kate Bush, CSS and even Blondie, you’ll love Grimes.

The 23 year old not only records and produces her own albums but she directs most of her videos so I’m expecting the live show to be a visual/audio treat. Get your electro shoes on and join the rave.

Alt J: I’ve never seen an alternative band rise to prominence quite as fast as Alt J. I heard their first demo a little over a year ago, fast forward six months and they’re on the radio1 playlist, have a record in the top 20 and are selling out tours.

I’d expect this to be one of the standout gigs this weekend at Bestival. A lot of people’s band of the summer.

5. Chairlift: One of my favourite New York Electro duos, first came to prominence a few years ago when their track ‘Bruises’ found its way onto an Apple advert. Since then they’ve had a personnel change and released a second, critically acclaimed album.

They’re Your perfect sun-kissed, hangover haze, stare at the sky and listen band.

And of course. Sigur Ros!

We always discover some new music and artists at Bestival, so thanks for the tips! I’m really looking forward to Alt-j too, but unfortunately it seems Chairlift have pulled out.