New e-Scooters travel almost 2,500 miles on the Isle of Wight in first week

In just the first week there have been a whopping 700 journeys taken on the new e-scooters in Newport. Read the details within 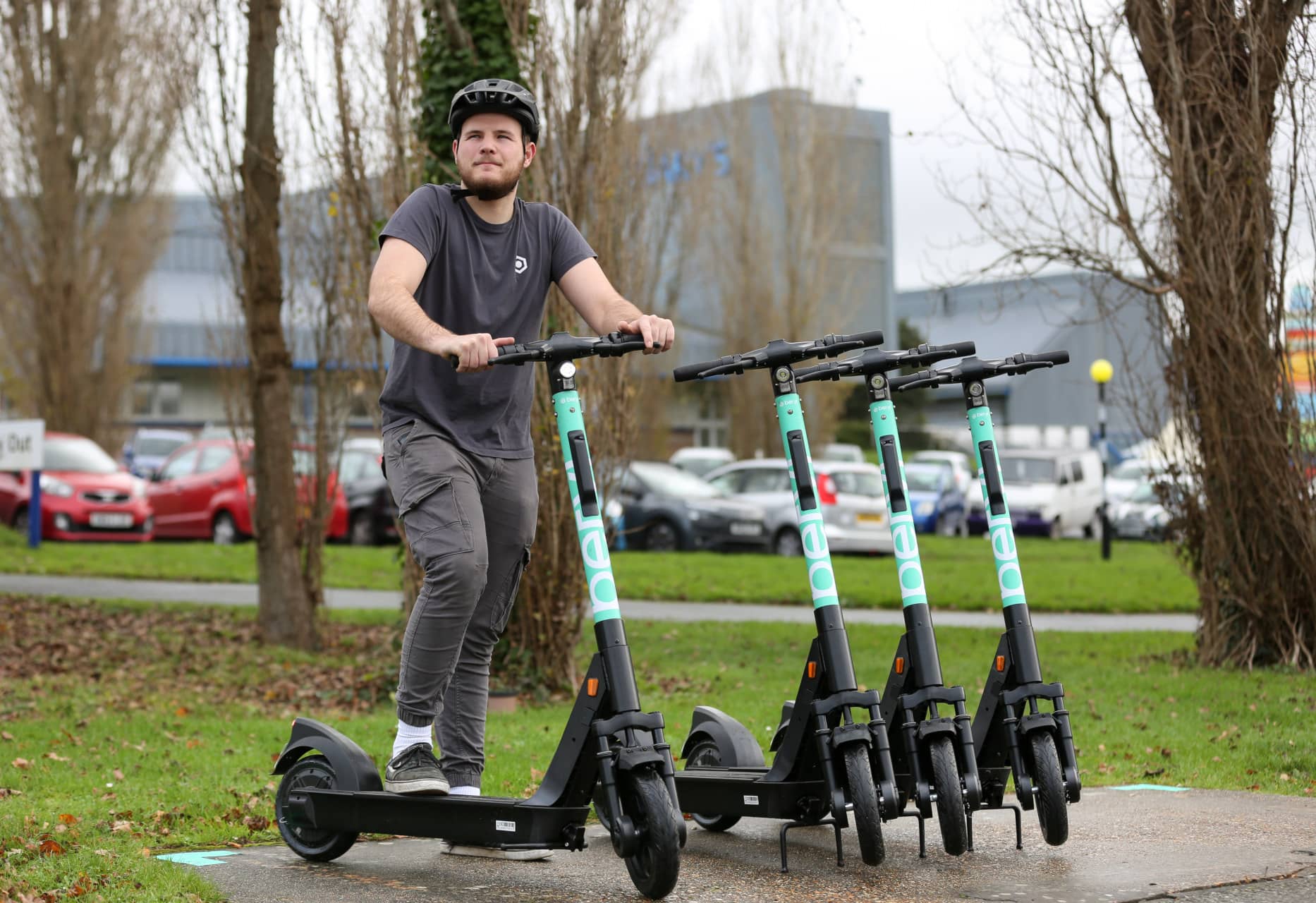 In the first week that Beryl launched its e-Scooter share scheme on the Isle of Wight, the fleet of 25 e-Scooters has travelled over 4,000km and been used for over 700 journeys.

Beryl’s e-Scooter share scheme is an innovative system. e-Scooters are available to hire through the free Beryl app and can be picked up and dropped off in marked ‘Beryl Bays’ across Newport. Each bay has been selected and approved in conjunction with the Isle of Wight Council, Island Roads and Hampshire Police.

Beryl has also worked with both RNIB and Sight for Wight in the implementation of the scheme. The bay based system keeps the service tidy and ensures the scheme is in line with the needs of the community.

22 bays in Newport
With 22 Beryl Bays positioned at key locations and transport hubs in Newport such as Town Lane, Carisbrooke Road and St Mary’s Hospital, there will always be an e-Scooter nearby.

Islanders will see the number of e-Scooters in Newport double by the end of this week, from 25-50, while plans are being made to roll-out a further 100 e-Scooters and extend the service area into Cowes and Ryde in the coming weeks.

Data on how used is collected by IWC
Through Beryl’s high-tech GPS tracking solutions and data platform they are providing the Isle of Wight Council with valuable data insights on how e-Scooters are being used. Data from the first week of the scheme’s operation reveal that each e-Scooter is used up to seven times per day.

The e-Scooters must be picked up from and parked at a network of specially marked Beryl Bays located on the county’s streets. Beryl’s combination of GPS technology and pricing ensure bay compliance. Already, 92% of journeys in Newport end in Beryl Bays.

12.5mph speed limit
Beryl e-Scooters are capped at a top speed of 12.5mph and in adherence with the law are only allowed on the road, not on pavements. All riders are required to provide a UK-valid provisional or full Driving Licence to use the e-Scooters.

Anyone caught fraudulently riding with another person’s licence will be banned indefinitely and could face police action.

First 15 mins free for NHS staff
From launch, NHS staff have been able to use the service free of charge and have collectively ridden 31km around St Mary’s hospital already. NHS staff can continue to access the initiative by signing up to the Beryl App with their NHS email address; automatically providing them 15 minutes free use for all rides ending in a bay.

The positive impact that Beryl has had in the area is further supported by end of trip surveys, which show 22% of riders would have otherwise taken their trip by car.

“It has been amazing to see how Islanders have adopted the e-Scooter share scheme in such a short space of time by using it to make journeys in and around Newport.

“The e-Scooters have made travelling around both easier and healthier for local people, and the local environment will benefit from reduced pollution and better air quality.”

News shared by Charlie on behalf of Beryl. Ed

3 Comments on "New e-Scooters travel almost 2,500 miles on the Isle of Wight in first week"

The whole thing is surreal – and who is Beryl?

Vote Up23-4Vote Down
Angela Hewitt
I am really not getting this. You drive into Newport. Pick up a scooter to ride around town on? Nowhere to put shopping bags ect. Or you live in Newport. Walk into town and pick up a scooter to go where? I.e can you ride out to Godshill and back on one – but NOT along the cycle track. Or maybe all the way to Cowes. They… Read more »
Vote Up19-4Vote Down
Benny C

East Cowes to West Cowes is 10 miles most days, maybe the Cowes pick up points will be either side of the Medina. Or if you’re a Councillor these little scooters are a nice earner at 50p a mile – they soon pay a worthwhile expenses dividend. Presumably Councillor Churchman has signed up for a trip on one of the lovely new schooners.