Not only has Bonchurch athlete , Nick Percy, had a strong season in the US, he’s now been named Freshman of the Year. Well done Nick! 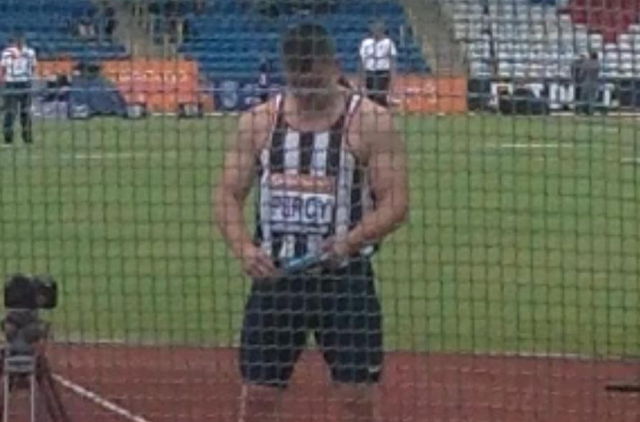 Thanks to Nate Pohlen, from University of Nebraska Athletics for this latest news on Bonchurch athlete, Nick Percy. Ed

Nebraska Freshman thrower, Nick Percy, was chosen by TrackBoundUSA.com as the NCAA Freshman of the Year among student-athletes from the United Kingdom.

A native of Bonchurch, Isle of Wight Nick was a second-team All-American in the discus with a throw of 186-7 (56.87m) to finish 15th at the NCAA Outdoor Championships in Eugene, Ore.

Strong season
Nick also had a strong season in the hammer throw, moving to No. 2 all-time at Nebraska with a throw of 207-8 (63.31m) at the Big Ten Outdoor Championships, which earned him a top-eight finish. He was third in the conference in the discus.

“Whilst we respect all athletes who qualify for NCAA events, doing so as a freshman is hugely impressive.

“Percy performed well in Eugene, finishing in 15th position at his debut in the event. He has had a busy but consistent season competing well in both the discus and hammer throw events.”