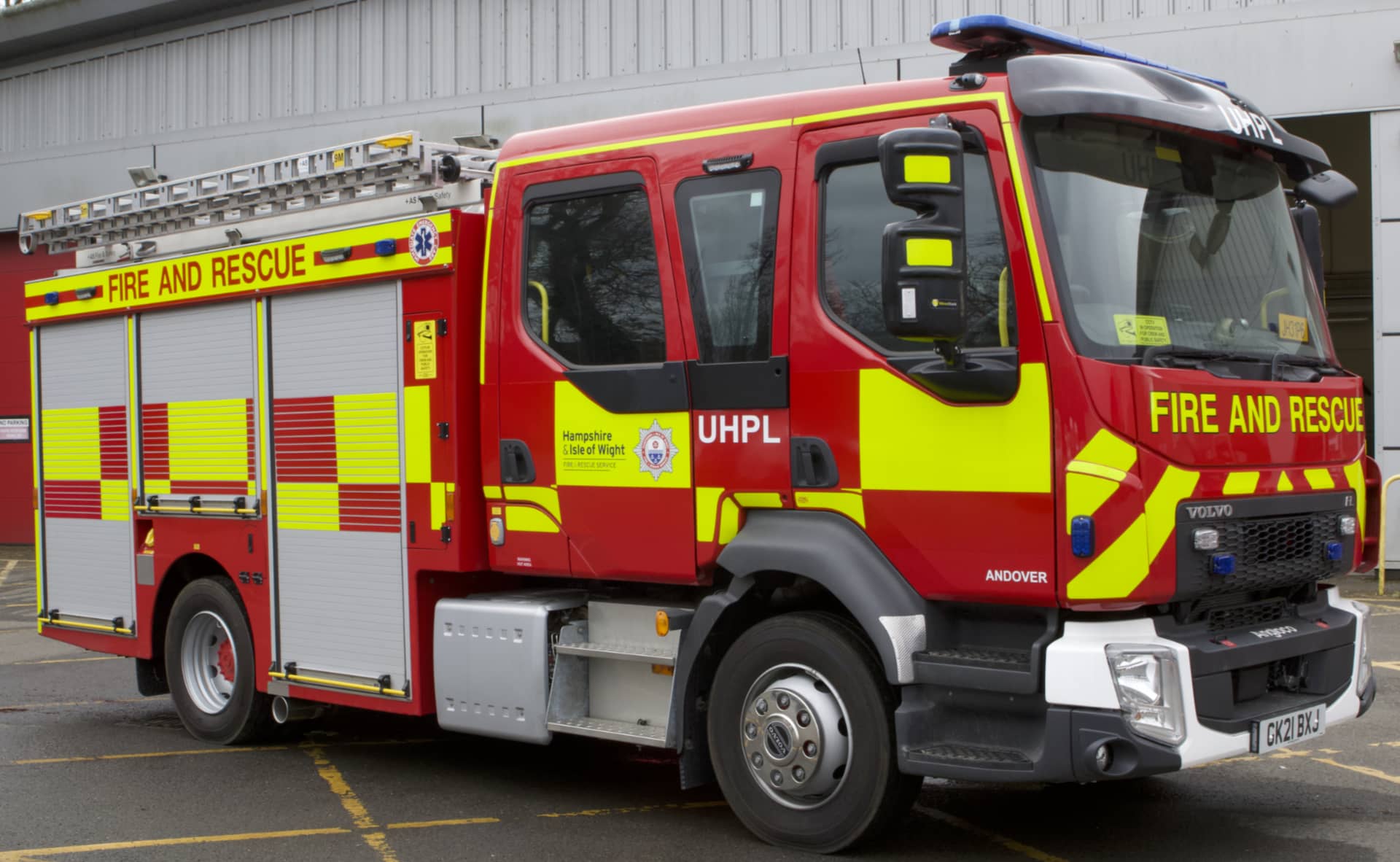 A new era has begun across Hampshire and the Isle of Wight as the two fire services bordering the Solent formally combine into a brand-new organisation.

New service will build upon the strong relationships
The two preceding services have worked incredibly closely over the last five years as part of the Delivering Differently in Partnership arrangement.

The new service will build upon the strong relationships that have developed and reap the benefits that working together across the Solent has already highlighted.

“Today we bring together two organisations with rich histories and reputations of high standards and partnership working, for the benefit of our people across Hampshire and the Isle of Wight. This is an historic day for the fire service.

“Ever since it was decided we would explore combination in 2018, an incredible amount of work has been undertaken by our people working together across Hampshire and the Isle of Wight, as well as our elected members who sat on the Shadow Authority.

“I would like to pay personal tribute to the work of our partners within the Isle of Wight Council, whose support and efforts towards the combination was absolutely vital. We wouldn’t have reached this landmark without the collaboration and professionalism shown by their councillors and teams.”

A solely fire focused authority
The shared senior team was just one of the areas which already linked both services, as well as the control room and Academy training centre.

The decision to combine the two services into a new organisation was made following a public consultation in 2018 and will see a solely fire focused authority govern the Isle of Wight’s fire service for the first time.

“This is a momentous point in the history of the fire service across Hampshire and the Isle of Wight as our two organisations embark on our continued mission to make life safer for those in our communities.

“As a resident of the Island and a former Isle of Wight Chief Fire Officer, I have been able to witness the close links and strong bonds that have formed between our teams working across the Solent.

“Every fire station remains open, every fire engine remains available. We are now set to commence an exciting and innovative programme of investment across our sites, equipment and fleet ensuring our organisation continues to deliver and improve upon the exceptional service we provide to the people of Hampshire and the Isle of Wight.”

The Authority was signed off by the Home Office in early 2020 and will be made up of representatives from Hampshire County Council, Isle of Wight Council, Portsmouth City Council and Southampton City Council.

Consultations
In preparation for the new organisation, staff were thoroughly consulted with to ensure they understood and were prepared for the transfer to the new employer.

Staff were also overwhelmingly in support of and involved in the development of a fresh identity, created to reflect the new organisation serving Hampshire and Isle of Wight communities.

Instead, sites on both sides of the water will feel the benefits of an estate investment programme as well as improvements that will see our firefighters use modern technology.

News shared by Hampshire and the Isle of Wight Fire and Rescue Service. Ed

By Hampshire and Isle of Wight Fire and Rescue Service

Another nail in the Island’s coffin.

We are being taken over bit by bit with our council tax being used to prop up Hampshire. How long before we lose “Isle of Wight” and just become known as Hampshire.

If we don’t sort out County Hall this coming election then there is every chance the island will be declared bankrupt and Hampshire will take complete control.

Just to play Devil’s advocate, would it be such a bad thing if control of more vital services was shared with Hampshire?

Is drawing from a larger talent pool and taking advantage of economies of scale such a bad thing?

Vote Up18-10Vote Down
Eagle eye
Simply put – Yes. As far as I know every island has extra funding bar the Isle of Wight. I am sure others will correct me if I am wrong. Why is the island being denied the extra funding promised by Boris Johnson and stated several times by our MP? Why should island residents have to travel to Hampshire for hospital treatment? Why do police officers have… Read more »
Vote Up28-10Vote Down