‘Nothing but admiration for you’ says Cowes RNLI to quadraplegic sailor, Natasha Lambert, ahead of her Atlantic crossing

Natasha and her crew have received messages of support from Cowes RNLI as they prepare to embark on a 3,000-mile crossing from Gran Canaria to St Lucia 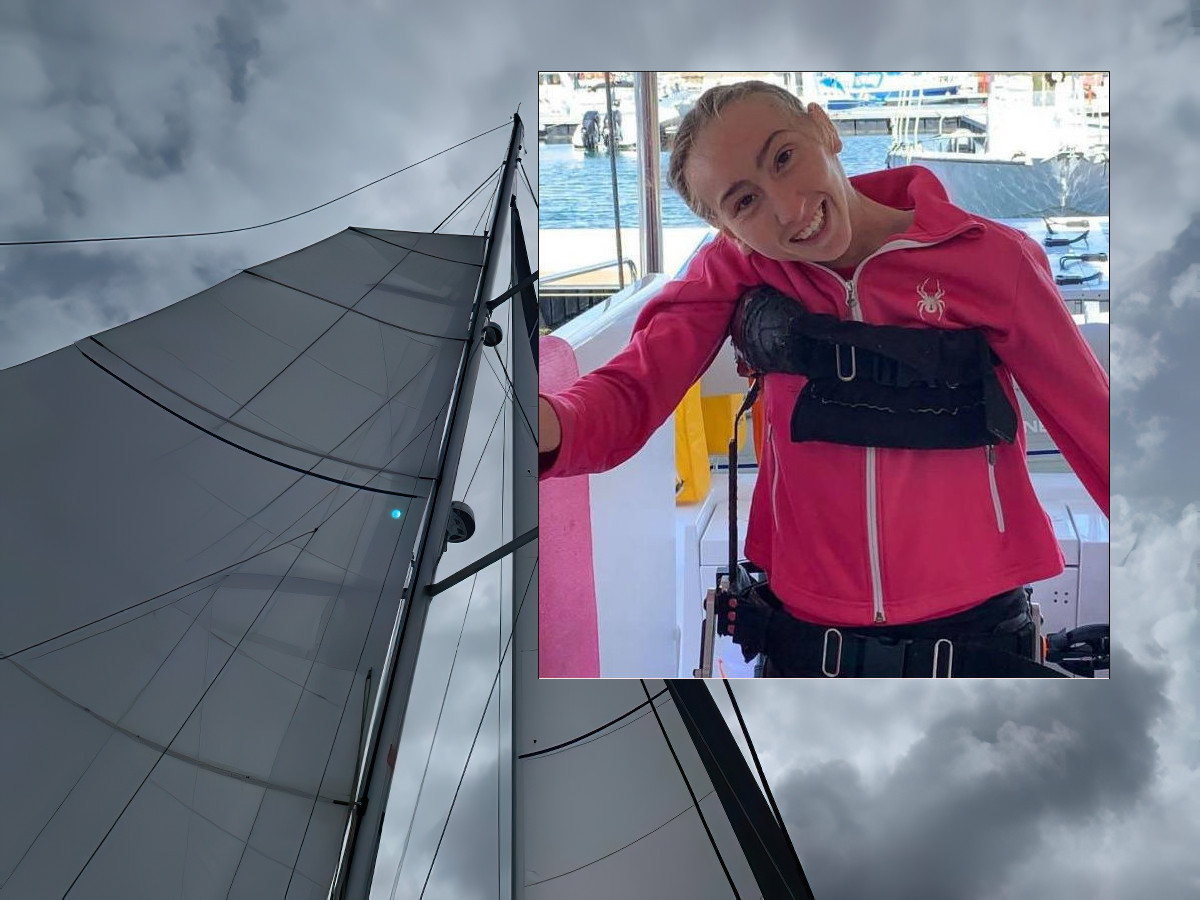 Goodwill messages from Cowes RNLI lifeboat station have been sent to Natasha Lambert, who is quadraplegic and has cerebral palsy, as she helps crew a specially adapted yacht for a grueling crossing of the Atlantic.

The 3,000-mile crossing from Gran Canaria to St Lucia, aboard the yacht Blown Away, is to raise £30,000, to be divided between three charities: the Ellen MacArthur Cancer Trust, the MissIsle School of Sip Puff Sailing, and Cowes RNLI.

Inspirational Islander
Natasha, who lives near Cowes, has already won wide-spread admiration for using a sip and puff control system designed by her father to control a boat on various feats of endurance.

“First the Solent, then round the Island, followed by across the Channel. Now this….

“Lifeboat crews well understand what it takes to be at sea, and we have nothing but admiration for you and your crew. Safe sailing, Tash, and fair winds!”

A general message from the station reads:

“Everyone at Cowes RNLI sends a heart-felt bon voyage message to you as you set off on your biggest maritime challenge to date.

“The station is honoured to again to be chosen as a beneficiary of your wonderful fund-raising. Already we are most grateful for the money raised from your past amazing exploits on the sea, which paid for the station’s kitchen and the extra-large TV screen used for training purposes.

“Be sure all of us at the station will eagerly follow your progress.

“May you and your fellow-crew members complete the crossing both safely and enjoyably!”

Bon voyage Tash and safe journey across the Atlantic. We’ll all be rooting for you.

News shared from George on behalf of Cowes RNLI. Ed

2 Comments on "‘Nothing but admiration for you’ says Cowes RNLI to quadraplegic sailor, Natasha Lambert, ahead of her Atlantic crossing"

Incredible! Natasha’s challenges just get bigger and bigger. Most people never push themselves hard enough to find their true potential. Natasha’s determination and resilience when things get tough are an inspiration to us all.

Agree totally with Tamara and others who have commented on Natasha’s exploits. Just one question, who is in the crew? I’ve looked everywhere for the answer.