Jonathan Bacon says he’s been subjected to continual brickbats from the current council about the Cowes Floating Bridge, but pleased to read in the officer’s report that failures since it was delivered do not rest with his Administration 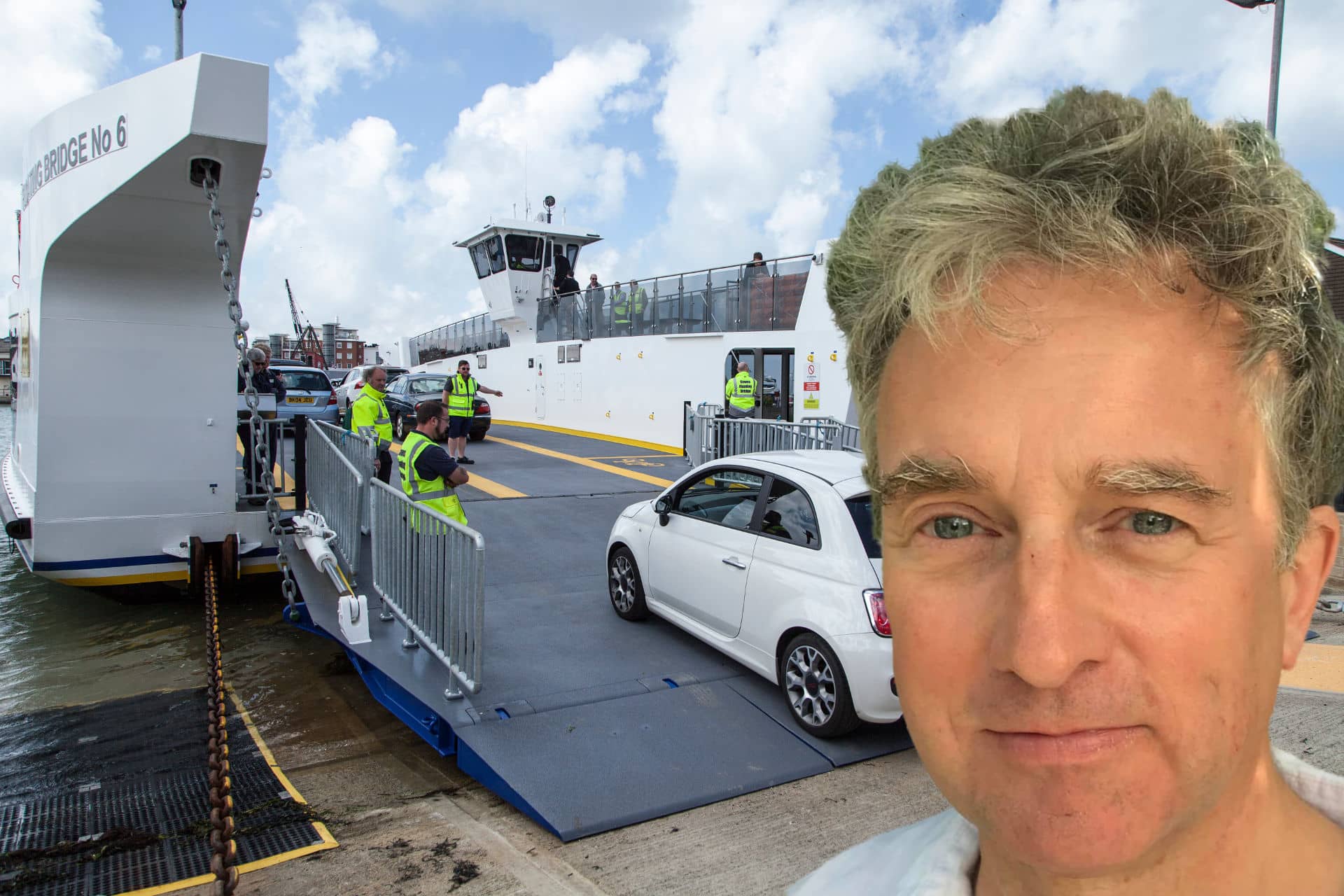 The former leader of the Isle of Wight council, Jonathan Bacon, has spoken out today (Tuesday) in response to an officer’s report about the procurement of Cowes Floating Bridge 6 (FB6).

As reported earlier, the papers put together by Isle of Wight council officers, conclude that in respect of FB6, “…there were no issues with the approach taken to procurement, tendering and contracting”.

Bacon: “Subjected to continual brickbats”
Jonathan Bacon, who led the Isle of Wight council administration between 2015 and 2017 and was leader of the Island Independents, said today,

“As someone who has been subjected to continual brickbats from the current Council about the Cowes Floating Bridge, I read the report published on Monday with interest.

“The report makes it clear that, wherever the fault for the ongoing failures in respect of the Floating Bridge lies, it does not rest with the Administration I led between 2015 – 2017.”

All activity undertaken by council officers
He went on to add,

“In addition to the conclusion set out in paragraph 77, stating that there are no issues in relation to those processes that occurred while the Independents led the Council, the body of the report also makes it clear that all that activity was, in any event, undertaken by council officers.

“The only exception to this is in paragraph 35. This notes that the contract award was ratified through an officer decision record signed on 27 January 2016 made by the Chief Executive as the responsible officer, although this was done following consultation with the then Executive member for Regeneration, Economy and Public Transport.”

Bacon: Big gap in the report
Noting that there is nothing in the report in relation to taking delivery of the Floating Bridge, Bacon went on to say,

“I do note with concern that there is big gap in the report in that it says nothing about the process of taking delivery of the Floating Bridge or the process of putting it into service.

“After dealing with the contracting process, in paragraph 61, the report jumps straight to ‘Issues since entering Service’. It seems odd to me that this part of the history has not been dealt with in the report, however these are all matters that occurred under the current Conservative Administration.”

Bacon: “Get away from continual arguments and accusations“
He concluded,

“It is very sad that the saga of the Floating Bridge has not been resolved. The Independent Administration found the money to obtain a new vessel and instigated the process of acquiring it. The new report makes it clear there was no issue with what was done in this regard.

“It has been rightly pointed out that some practices could be improved upon, but the Independent Administration followed the processes then in place that they inherited from the previous Conservative Council.

“I just hope that we can now get away from the continual arguments and accusations and as much effort can be put into the much more important process of securing a functioning and reliable service for the people who need it.”

Suck on that Dave Stewart and Ian Ward!!

Exactly. Ian Ward oversaw the procurement stage. He is accountable.

Vote Up42-3Vote Down
wighton
The IW Council staff are to blame about the awful project management. They didn’t hire an engineer to advise them. Politicians aren’t engineers therefore are dependent on their staff to advise them and manage projects correctly. But the real disgusting thing is that the current set of politicians- Conservatives – didn’t listen to the engineers who told them the floating bridge is not fit for purpose and… Read more »
Vote Up30-1Vote Down
snowwolf1
Sounds as though the Council has not learnt anything from past errors. Processes should be in place and updated and reviewed regularly by qualified persons not Heads to ensure the process is correct and then rubber stamped. Not shutting the gate before the horse has bolted is a backward move. the comment “It has been rightly pointed out that some practices could be improved upon, but the… Read more »
Vote Up16-1Vote Down