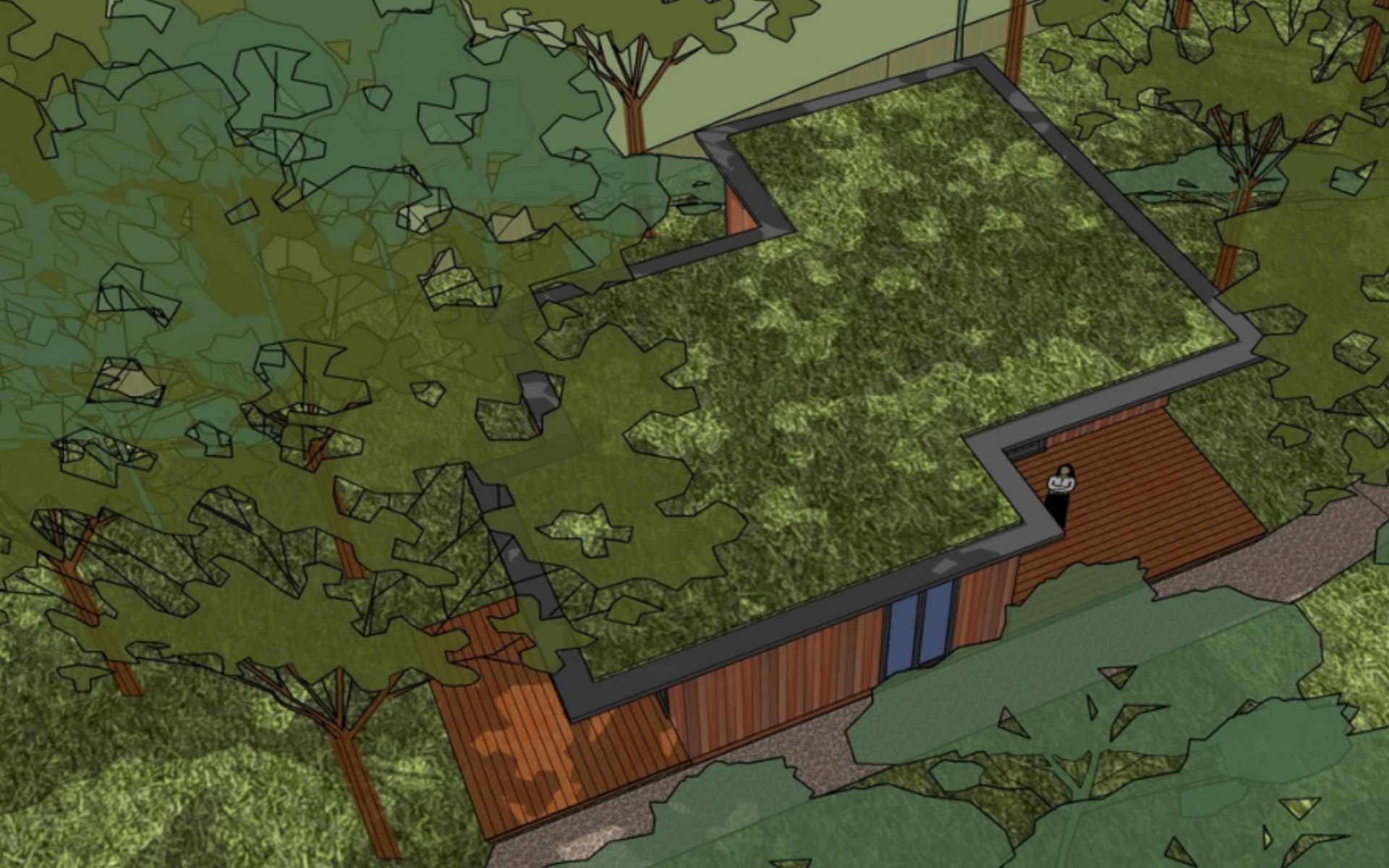 A planning application to build holiday lodges on protected woodland in Bembridge has attracted more than 250 comments.

The applicant’s consultants have branded the ‘organised campaign’ against the plan, for two one-bedroom lodges off Love Lane, ‘bordering on mass hysteria’.

Police called to peaceful protest
Martha James, of Plan Research, said she had taken the ‘unprecedented step’ of writing a letter to the Isle of Wight Council’s planning authority over the behaviour of certain residents.

Police had to be called to a peaceful protest by residents at the site. Residents believed utility work being done to prepare the site was premature as no planning permission has been granted.

Claims of duplicate comments
The vast majority of comments have been left by Bembridge residents — as well as local councillors, Isle of Wight Conservative MP, Bob Seely, and the Campaign for Protection of Rural England — who are against the lodges.

However, Mrs James said many of the comments are ‘duplicates, based on very similar factual errors’ and the community ‘reaching an unbalanced view of the proposal’.

“It is perhaps unfortunate that people who wish to retain the site exactly as it is, in order to provide the particular type of visual amenity they prefer, chose not to purchase the land when it was recently offered for sale on the open market.”

According to planning documents, the lodges have been designed to fit in with the woodland setting, clad in timber and with living moss roofs, ‘directly responding to the constraints of the woodland location’.

Five issues raised by agent acting for residents
Acting on behalf of concerned residents, planning agent David Long, of BCM, said in a letter to the Isle of Wight Council, there were ‘numerous critical considerations and obvious failures’ with the scheme, which overwhelmingly outweighed the benefit of the tourist accommodation.

Mr Long raised five issues with the proposals, including the physical and destructive impact on biodiversity, the failure to protect and enhance and the lack of essential highways infrastructure.

Comments on the application have now closed and the Isle of Wight Council will make the final decision.

newest oldest most voted
laurashales
How can one dispute the point about the destruction to woodland and harm to wildlife? If plans go ahead trees WILL be chopped down and builders WILL trample all over the land while they construct these lodges. Wildlife WILL be displaced and the natural beauty of the area changed forever. This is all about lining pockets and nothing to do with a scheme to create a ‘wildlife… Read more »
Vote Up78-3Vote Down
joolzlaursen

This is really not the time to be causing more damage to our woodlands. If you really want to have a woodland lodge business then buy some fields, plant a woodland and then it’ll be a win for nature, a win for the Island and you’ll have more local support.

Vote Up46-1Vote Down
Eagle eye
Absolute hypocrisy from David Long who is the agent for Westridge farm’s destruction. Both David Long and the builders Captiva live in Bembridge and are happy to destroy the environment as long as it is not in their area. They are happy to devalue other people’s property with their excess housing developments, whilst lining their pockets, but look how they are squealing now that a planning application… Read more »
Vote Up33-7Vote Down
Food for Thought
Good to know some people are watching what is going on with planning Eagle Eye. Yes David does live in Bembridge as do the directors of Captiva. Now tell me where does Martha live – oh yes – Freshwater and added to that this application goes against all the credentials of a political group where she is a senior officer. Where does Frances Newman, the new owner… Read more »
Vote Up38-9Vote Down
Eagle eye
Food for Thought – The Westridge development includes Cothey Bottom Copse which is ancient woodland, also with protected trees and includes the very same animals you list and more. The previous owner of Cothey Copse, now lives in Bembridge and had a notice on the Copse footpath saying it was private. However, it transpires that it was a public right of way which is now being used… Read more »
Vote Up24-5Vote Down
Mark L Francis

No, what you do is cut down 100-year-old oak trees & then plant another scraggy twig in a plastic tube and say you have replaced it. Then you say “it is for future generations”. Simples! -See, I can do all this consultancy/PR lark. Piece of cake.

Vote Up260Vote Down
Angela Hewitt
Isle of wight council are all talk. Judging by the amount of trees that have been felled over the past 3 -4 yrs is a crime to nature. Island roads are obsessed with felling trees using. The majority are perfectly healthy. It must be remembered that a tree dies over hundreds of years from the centre. With new growth forming from the outside. I want to know… Read more »
Vote Up150Vote Down
Dalek