The Isle of Wight MP says, “I find it outrageous that anyone would even think to build on woodland like this. It should be left well alone” 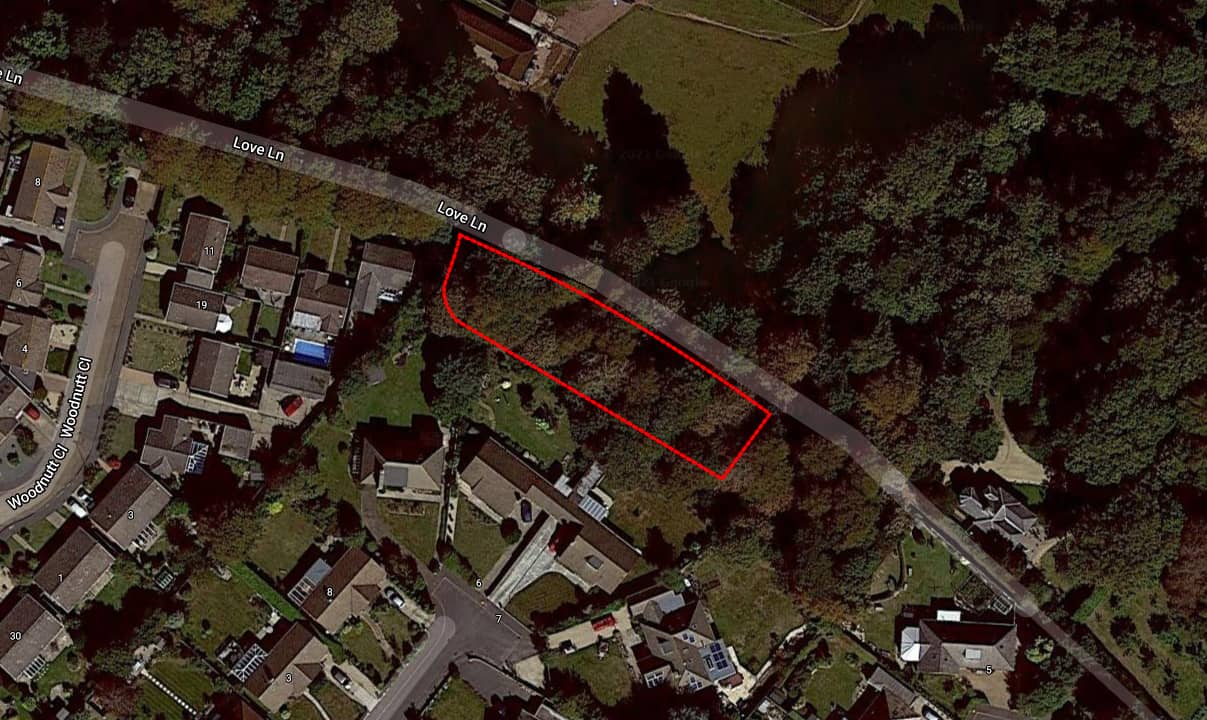 Isle of Wight Conservative MP, Robert Seely, has objected to plans to build two new holiday lets on an area of woodland in Love Lane, Bembridge.

Mr Seely said the plans, which have already been met with dozens of objections from residents, were completely inappropriate and damaging to the area.

“Not only is this an unspoiled greenfield site which is of great importance to the local community, it is also woodland that is home to protected wildlife.

“I find it outrageous that anyone would even think to build on woodland like this. It should be left well alone.”

A abundance of wildlife
Residents have reported sightings of badgers, foxes, bats, dormice, hedgehogs and red squirrels in the woodland which is also home to 100-year-old trees.

Mr Seely went on to say,

“Hedgehogs and dormice are in decline in this country largely due to the removal of woodland and hedgerows. This needs to stop. We need to save their habitats now before it’s too late.

“We need to think much more carefully about the management of our natural landscape and developers need to stop ripping up the countryside to make way for unnecessary and unwanted development such as this.”

Traffic concerns
He said he was also concerned that an increase in traffic on such a narrow lane would destroy the peace and tranquility enjoyed by many local residents.

“For many, this area is a place to take a stroll, unwind and forget about their worries. We need spaces like this, and we must take care of our natural environment and preserve it for future generations to enjoy.”

A pity he doesn’t object to other things that will have an obvious detrimental effect on the island, from Brexit to not providing school meals vouchers to non-pay rises for NHS staff, and freeports. Anything I’ve left out here?

Yes; for example, despite his previous objection to bullying (documented here OTW and elsewhere), he now continues to refuse to object to the costly bad behaviour of Home Secretary Priti Patel.

And unless he has become a bit less barbaric recently, he also has no objection to the preventable suffering of dying people denied the civilized assisted death they seek.

I must be going soft, but I agree with both you AND Bob Seely (but only about this)

Vote Up40Vote Down
truth
“We need to think much more carefully about the management of our natural landscape and developers need to stop ripping up the countryside to make way for unnecessary and unwanted development such as this.”. Where do I begin. I mean, seriously? The conservatives are cutting down trees illegally all across the country for HS2 and building new roads. HS2, set to cost us over £100bn HS2 alone… Read more »
Vote Up300Vote Down
Benny C

You just wasted 3 seconds of my life getting me to read your pointless comment. Congratulations.

Er, is that not a bland genetic housing estate right next to the plot in question ? I trust none of the occupants were objectors given they occupy destroyed “valuable green space”.