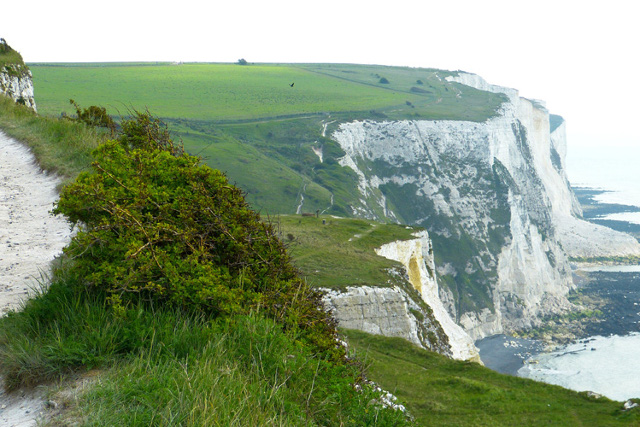 Thanks to David Howarth from the Isle of Wight Ramblers for this latest news. Planning for the new path around the Island will begin in 2017. Ed

Ramblers are celebrating the government’s confirmation that funding to complete the England Coast Path by 2020 will be protected, despite recently announced reductions to the Department for Environment, Food and Rural Affairs’ (DEFRA) budget.

Chancellor George Osborne presented his Autumn Statement last week, detailing £20bn of budget cuts intended to eliminate the budget deficit, including spending reductions at DEFRA averaging around 30 percent over the next four years.

Given the substantial cuts expected, we’ve been working hard to ensure that the government maintains its commitment to construct the England Coast Path by 2020, so that the substantial momentum, experience and benefits realised to date are not lost.

Intention made clear
The government has now given a clear indication that they intend to follow through on their pledge. Responding to a Parliamentary Question, DEFRA Minister Rory Stewart confirmed that funding to complete the coastal path around England by 2020 will be protected. Further details about funding will be announced early next year.

The Ramblers have been the driving force behind the campaign to open up the coast for everyone to enjoy, including beaches for kids to play on and cliffs for climbers to clamber up. In 2009, we won the right to walk along the coast and explore our stunning beaches but development on the ground was slow. Through our One Coast for All campaign, we’ve been lobbying the government to open up our coastline and set out a full timetable for completion.

The new coastal route will be a high-quality piece of infrastructure which will link coastal communities around England and provide the foundation for outdoor recreation and tourism for decades to come.

It’s particularly fitting that this week we are also celebrating the 15th anniversary of the passage of the Countryside and Rights of Way Act (CRoW), which gave us rights to walk over mapped areas of open green space in England.

So will I be able to walk from Wooton to Cowes without having to detour along Alverstone Road or pay to go into Osborne House?

Vote Up00Vote Down
red4
The alignment of the new path will be undertaken by Natural England, and their brief is to produce a truly coast path i.e. one where you see the sea along the route> So we expect to see a new path along the coast from East Cowes to Wootton. You would pay at Osborne if you left the new public path and entered the grounds. I guess English… Read more »
Vote Up00Vote Down