In place of the hotel, there would be two blocks forming 18 flats. Details within 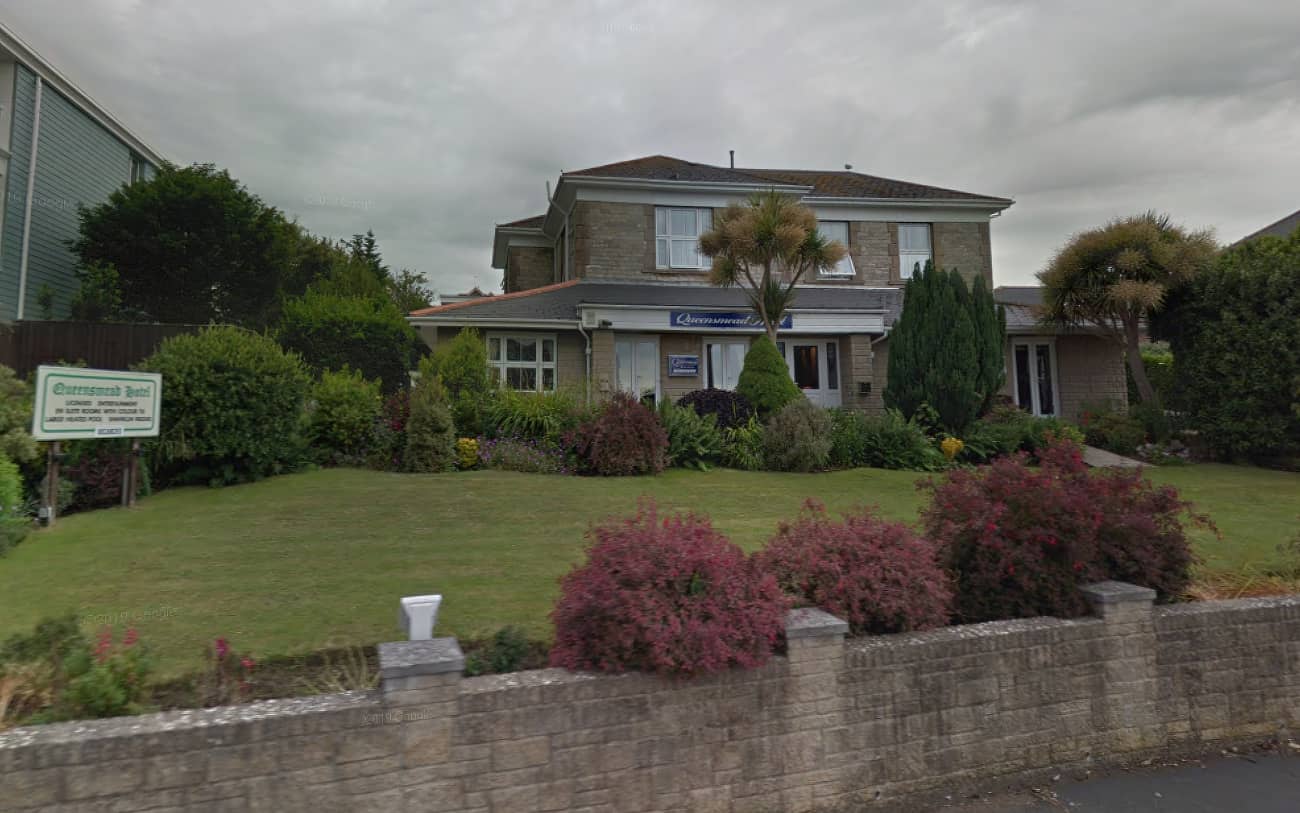 A former hotel in Shanklin could be pulled down and replaced with two four-storey blocks of flats.

Queensmead Hotel, on Queens Road, Shanklin, was closed in October 2020 and now plans have been submitted to demolish the 23-bed hotel, outbuildings and swimming pool.

Update:
Hotel plans to reopen when safe to do so and this application is just a back-up plan – see full details here.

18 flats
In its place two blocks would be built, forming 18 flats, a mixture of one and two beds, with car and bicycle parking spaces.

Applicants Mr and Mrs B Audley, submitted outline plans to the Isle of Wight Council.

The appearance and the landscaping of the site will be the subject of a future application.

Split over two blocks
Plans from the agents, M J Hayles Architectural Service, show one block of flats will front Queens Road and the other will face Alexandra Road.

The first building will have ten two-bed flats, one being a penthouse, with lift access.

The second would house eight residences, six two-bed apartments, three of those being over two floors, and two one-bed flats.

Island Roads has said it approves conditionally to the major development.

View the plans
To view, or comment, on the application, 21/00319/OUT, you can visit the Isle of Wight Council’s planning register.

Comments will be accepted until 6th April.

Hopefully not anywhere under the influence of the Cabinet of Curiosities in the Town Hall. If you do, remember how much these folks are costing us when you vote.

This is fake news its not true the hotel have said “The bookings of regular guests and new are flooding in, dates and details for coach tours for 2022/2023 have already been confirmed.

Before calling this “fake news” it’s worth knowing that the planning application form (dated 12/2/21) states that the hotel is vacant and closed in October 2020.

It also states they have no staff at the hotel.

If you follow the link in the article you’ll be able to see the form and all the details.

The owners have now said that the planning application is being used as a back up plan. They did state on the application form the hotel closed in October last year, but now say they plan to reopen (under new management, but from within the family) when safe to do so.