Consultation to bring IW into the the scope of the 2009 Marine and Coastal Access Act to take place in next four weeks.

Good news for those who are concerned about the current plan to not include the Isle of Wight Coastal Path in the implementation of the 2009 Marine and Coastal Access Act and the protection that will being. 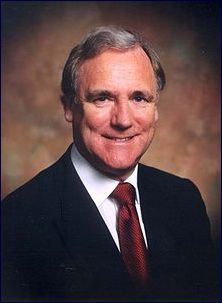 The Isle of Wight Ramblers Association have, in particular have been campaigning for the Island’s coastline to be included.

In a House of Lord debate yesterday, the case for including the Island was discussed. Lord Taylor of Holbeach words will give some respite when he explained that over the next four weeks, there was to be consultation looking at “the possibility of bringing the Isle of Wight into the scope, so there is an opportunity for it to be equally served by a path.”

“I ask the Minister briefly about the Isle of Wight. Under Section 300 of the Act, the Secretary of State has the ability to specify that an island should be part of the coastal access provision.

The Minister will remember that we discussed the Isle of Wight at some length when we were going through the Marine and Coastal Access Act.

When will the consultation due on the Isle of Wight start? Do the Government agree with the statement in the frequently asked questions on Natural England’s website that, “the Isle of Wight is expected to be included”, or are they completely neutral about it?”

Later in the debate, the response from Lord Taylor of Holbeach (Conservative) was:

“My noble friend also asked about the existence of a path on the Isle of Wight. We will be consulting in the next four weeks on the possibility of bringing the Isle of Wight into the scope, so there is an opportunity for it to be equally served by a path.”

Sounds hopeful. A couple of years ago I emailed English Heritage about access to the coast at Osborne and at that stage just got a ‘we’re looking into it’ kind of answer. And the coast at Bouldnor is inaccessible. A full coastal path round the Island would be great for tourism.

Thanks for letting us know about this – will be good to know when we’ll have the chance to comment.