Public Health merger plans criticised over ‘lack of due diligence’

Cllr Michael Lilley said the report did not provide due diligence, criticising the lack of a risk and value for money analysis or consideration of other options. 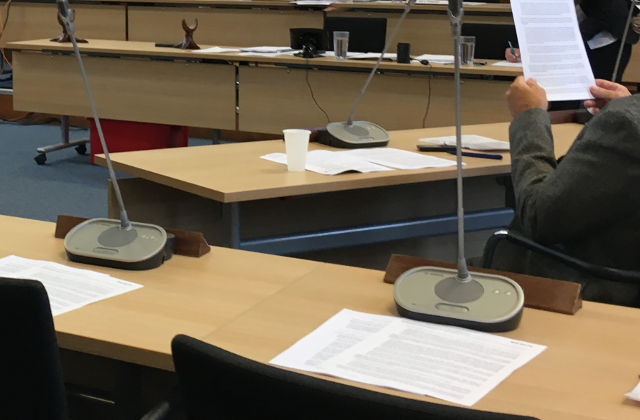 As reported last week, the Isle of Wight’s public health team looks set to be merged with Hampshire — but opposition councillors said the deal had not been properly thought through.

A new, long-term partnership was approved by the Isle of Wight Council cabinet on Thursday last week, to deliver public health services including healthy eating, anti-smoking, vaccinations and exercise programmes, and will go before Hampshire County Council on Monday.

If approved, it will come into effect on 1st August 2019.

Local team would be employed
It would build on a temporary arrangement between the councils that has been in place since January, when the Isle of Wight’s director of public health left the authority.

Under the deal, Hampshire’s director of public health would have responsibility for Island services but the Isle of Wight Council would also employ a local team.

She said the plans had been drawn up over 18 months, describing the process as ‘pragmatic and dynamic, and not based on the need for countless reports and analysis capturing data and information already shared and understood.’

Lack of due diligence claims
However, concerns were raised at Monday’s health scrutiny committee meeting that many questions about the partnership had not been answered.

Cllr Michael Lilley said the report did not provide due diligence, criticising the lack of a risk and value for money analysis or consideration of other options.

He said he did not object to a deal with Hampshire, but he objected to the lack of evidence in the report.

The financials
The amount paid to Hampshire, to contribute to the director’s salary, has yet to be agreed — but it is expected to be contained within the current annual budget of £132,000 for the Island’s director of public health.

The service will also continue to be delivered within the existing ring-fenced budget, which for 2019/20 is £7.3 million.

Recruitment a problem
The difficulty in recruiting and retaining directors of public health for the Isle of Wight was cited as the reason for going down this avenue, as well as the benefits of having access to skilled and experienced staff in Hampshire.

But Cllr Karl Love stressed local expertise should not be lost in the partnership.

“This is an incredibly important issue. It’s a big bit of our council budget. I am extremely concerned. We already have a shrinking department in public health. The local impact is really important.”

After Cllr Love asked whether there would be any redundancies as a result of the merger, council chief executive John Metcalfe said the staff structure would be reviewed — but it would have been reviewed regardless.