Two Radio4 favourites will be making their way to the Ventnor Winter Gardens today to kick off the 2015 Isle of Arts Festival. Some tickets are still available for Gyles Brandreth and Barry Cryer. 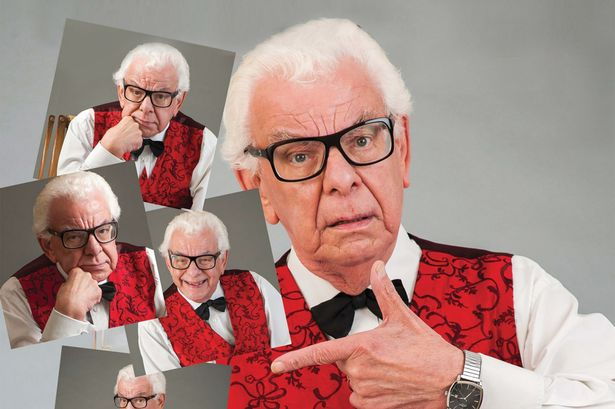 Gyles Brandreth is a writer, broadcaster, former MP and Government Whip – and one of Britain’s most sought-after award ceremony hosts and after-dinner speakers. A reporter on The One Show on BBC1 and a regular on Radio 4’s Just a Minute, his many books include The Oscar Wilde Murder Mysteries and the No 1 best-seller: The 7 Secrets of Happiness.

His one-man show Looking for happiness won multiple five star reviews at the Edinburgh Fringe and played at the Leicester Square Theatre in London in 2014.

He speaks without notes or a script and the many topics of the evening can include anything from political gossip about his time at Westminster to his love of all things Oscar Wilde, Scrabble and novelty jumpers! Indiscreet and achingly funny, this is a show that will leave you laughing and wishing for more!

Gyles’ show starts at 5pm on the Ventnor Winter Gardens and is followed by book signing.

Barry Cryer presents his “Twitter titters”
Baz returns in yet another farewell tour. Having been charged with persistent joking, he asks for 20 other shows to be taken into consideration. You are the Judge and Jury – be merciful to the aged accused – he merely seeks to bring a ray of sunshine amid the dark clouds of life.

He’ll be enjoying himself – Do join him.

One of Britain’s truly great comedy writers and performers, Barry Cryer has contributed to this country’s entertainment industry for over 50 years. He has written for some of our highest rated shows and for many of our most popular comedians. His wit, life experience and huge sense of the comedic is still enjoyed by millions – on radio, television and in theatre performances.

Barry’s show starts at 7.15pm With Colin Sell on the piano.