A Chinook helicopter from RAF Odiham in Hampshire will be testing out a number of landing sites today (Tuesday) in a multi-agency exercise taking place across the Isle of Wight. 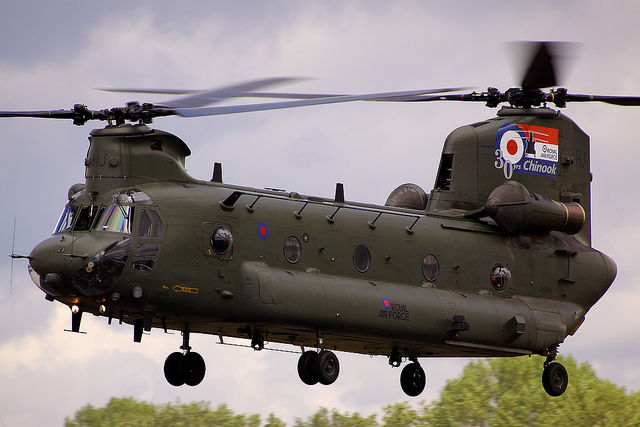 The council share this latest news. We’ve added video and audio from the event. Ed

In 2015, a number of helicopter landing sites were identified across the Island for use by military aircraft in the event of a major incident where military assistance may be required.

Testing out the various sites
Today (Tuesday 29 November), a Chinook helicopter from RAF Odiham in Hampshire will visit a number of sites identified in 2015 to provide training to local agencies and volunteer groups on helicopter landing site procedures.

Interview with IWC Resilience manager
OnTheWight caught up with Darren Steed, Isle of Wight Council resilience manager during the exercis. There’s some audio disruption at the start – apologies.

Picking up the pump
Here are the higher quality videos that OnTheWight shot at the event.

Live video shot at the event at Sandown Airport
OnTheWight shot some live video from there too. There’s a lot of build up, with the Chinook taking off at 18:30 in. Despite best attempts most of the commentary was lots in the general noise. High volume pump operators from the Island’s fire and rescue service, along with council staff who are trained to deploy to emergency incidents as liaison officers will be given the opportunity to fly in the aircraft while the high volume pump is being carried, enabling them to further familiarise themselves with the capability and safety aspects of the aircraft.

The sites being visited by the Chinook are not being made public for safety and security reasons.

“Work of this nature will enhance arrangements that are already in place should, a major incident occur.

“It complements work being undertaken by town and parish councils in the development of their own community resilience plans, part of which may require arrangements for the establishment of helicopter landing sites, involving both multi-agency staff and voluntary sector groups with a role in emergency response.

“We would never want to see a major incident take place here, however residents can be assured resilience plans are in place should they ever be needed.”

If you would like to find out more about the Island Resilience Forum and community resilience, please visit the iWight Website.

Image: Airwolfhound under CC BY 2.0

“The sites being visited are not being made public for safety and security reasons”, so we are told. Has anyone heard the noise a Chinook makes? By the end of the day, everyone on the Island will know the location of the sites !!!!

Who knew that OTW would be branching out in to outside broadcast?!

Careful, you’ll be stepping on IE’s toes and live reporting from car crashes and chip pan fires next.

On a more serious note, isn’t it nice to see the “Kabul Cabs” back at home?1

Vote Up00Vote Down
Simon Perry
Hi Dave – We’ve been dabbling in live on-the-mobile-from-the-scene video for a while now. I think Bestival 2008 was the first time we did it on the Island. Here’s a live video back from 2009 after a surprise decision in court during the Vestas dispute. As you can see the power of the mobiles, their cameras and the bandwidth available was significantly lower than what we have… Read more »
Vote Up00Vote Down