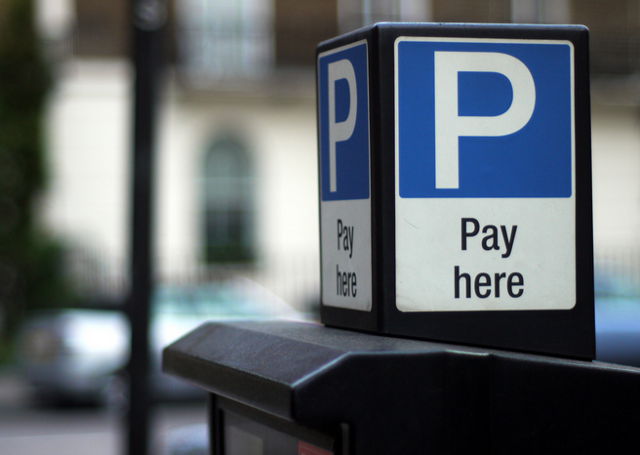 Peter Gruner from Ryde shares this latest news in relation to the proposed parking permits in residential areas. Ed

Meanwhile visitors and commuters are avoiding main car parks due to ‘spiralling costs’.

OnTheWight reported last September that most respondents to a resident parking zone survey thought permits should be free, but if approved they could cost £60 for the first permit, and £100 for the second car.

Town council survey
Ryde Town Council had invited the public and businesses to express views on the Isle of Wight Council’s proposal to extend on-street parking charges in the town at the end of last year.

“The Island needs a proper parking strategy that is tailored to different areas. A one size fits all scheme just won’t work.”

That does not include huge visitor vehicle numbers, mainly during the summer.

“The current resident parking strategy is a complete kneejerk reaction.

“It is brought on by a small number of councillors who, in turn, were responding to angry residents about the growing parking problems in their areas.”

Schemes could also include lower off-road parking charges and park and ride schemes.

“The current scheme is ad hoc. Many residents still do not fully grasp the requirements and the costs and limitations of a Residents Parking Zone in their street, but the policy allows, at least, for them to apply.

“However, with no overall parking strategy in place we are facing the reality of reducing on-street parking spaces by an unknown number (as yet) but no plan as to where those displaced vehicles might park.”

Seven year price hike from £50 to £435pa
The cost of St Thomas long-stay car park in Ryde, for example, has risen significantly – Island residents parking permits went from £50 per year in 2012 to a massive £435 a year now.

And that has resulted in extra vehicles parking around the Front, Esplanade, Dover Street, Spencer road and other streets around Ryde.

Whittle: Planning strategy seems to work
Conservative member for Ryde North East Cllr Wayne Whittle thought the Isle of Wight Council’s planning strategy seemed to work. He explained that under the current consultation up to 51 percent of residents in a street must agree to have Parking Permit status.

He added that he is representing a group of residents who do want a permit zone.

“The residents came to me two years ago and asked for help in getting the zone. One of their problems is commuters taking up all the spaces. The residents did their own survey and discovered there was a need.

“More than 80% responded positively to a Resident Permit Parking and limited time waiting zone leaving the remainder of respondents either against or without comment.

“At the end of the day we want a reasonably priced parking permit and somewhere to park.”

People parking their business vehicles on public roads is a problem where I live. Delivery vans, luton vans, car transporters, cherry picker trucks. I know they’re entitled to park wherever, but who would buy a cherry picker truck without having a premises to park it overnight?

Cllr Jordan is quite right – we do need a coherent parking strategy that allows for the different needs of different communities on the Island. The current system applauded by Cllr Whittle just moves the problem on in commuter and holiday areas. Complacency or what?

Vote Up30Vote Down
julieje
The IW Council’s parking strategy was published in 2016 and one of the recommendations was residents parking zones. We’ve been waiting for a RPZ policy for 9 years, this was published just a few months ago and many Newport streets will qualify. It’s up to local people to decide if they want a scheme. I’ve a feeling residents in Prospect Rd and Caesars Rd for example can’t… Read more »
Vote Up3-5Vote Down
Phil Jordan
I guess you are referring to the March 2016 DRAFT report on a parking strategy by WSG ? https://www.iow.gov.uk/azservices/documents/1905-1905-A081175-38-Isle-of-Wight-Parking-Strategy-Final-Draft-Report-March-2016.pdf Can you point us in the direction of where that document (and report) was developed into an “IW Council parking strategy” and subsequently passed through either the Executive or Full Council to adoption …? Notwithstanding that, there are a number of roads across the Island that *might* benefit… Read more »
Vote Up120Vote Down