Plans to expand Ryde Business Park by building new homes, a GP surgery, gym and cafe have been drawn up by the Isle of Wight Council as part of its regeneration strategy. 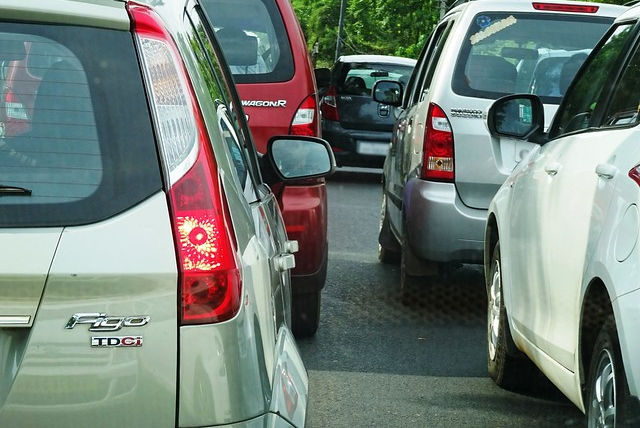 Residents squeezed into a small Ryde Town Council committee room to discuss “traffic mayhem” which they expected from planned expansion of a local industrial estate.

But a plea by protestors – including a letter from Ryde Mayor Cllr Michael Lilley – that the meeting be cancelled and held at another time, at a larger venue, where planners could be questioned by the public, was turned down.

As reported by OnTheWight plans to expand Ryde Business Park by building new homes, a GP surgery, gym and cafe have been drawn up by the Isle of Wight Council. A planning application has been submitted by the council, as part of its regeneration strategy, to improve access to community facilities at the Nicholson Road site.

The committee, while supporting in principle the two planning applications, which will provide jobs and new homes, expressed concern that the proposed road system was inadequate.

Local residents complained that the planned doctor’s surgery would be “remote and inaccessible” without a car.

“Traffic is bad at school run times early morning or afternoon. Parts of the roads have become rat runs.”

A “missed opportunity”
Local resident Jenny Wade said she was “saddened and disappointed” that the committee had decided not to hold a special public meeting.

“It’s a missed opportunity where residents could ask important questions like where are the safe pedestrian crossings, traffic calming measures, and the air pollution study?”

“This development has taken years to get where we are today. The planners decided that the public will just get about three weeks to look at the proposals. It’s laughable.

“This scheme is only seeking outline planning permission so there is still plenty of time for a final detailed planning application and a proper public meeting.”

newest oldest most voted
brockbadger
This report is not entirely accurate in that Cllr Lilley did not ask for the Planning Committee to be cancelled – even he is not that daft. He did ask for the decision of the RTC Planning Committee to be delayed to allow a public meeting to take place but the Committee felt they had enough concerns that were already apparent to turn down the application. There… Read more »
Vote Up3-1Vote Down