Rise in Isle of Wight depression diagnoses must be matched by improved services, says charity

A mental health charity believes people are more likely to reach out for help and not feel ashamed, but the rise in demand must be matched by “much needed improvements to services”. 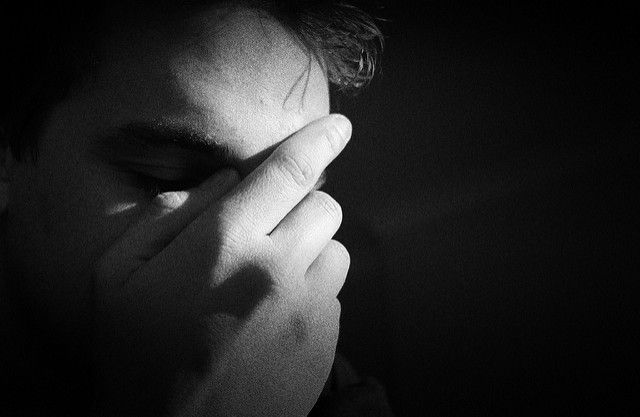 More and more people are being diagnosed with depression on the Isle of Wight, which charities say could be due to less stigma surrounding the condition.

New Public Health England data shows that, between April 2017 and March 2018, the proportion of registered patients in the local authority with depression was 9.2%.

At the same time, on the Isle of Wight, the percentage of patients being diagnosed with the mental health condition for the first time has increased from 0.9% to 1.6%.

Mind: Greater understanding of mental health
Stephen Buckley, head of information at mental health charity Mind, said that the rise could be positive “if more people feel they can ask for help”.

“It might also be that GPs have a greater understanding of mental health and are more able to spot symptoms of depression.

“However, it’s crucial that resources are made available to GPs to cope with this increase in demand.”

Mr Buckley said it was essential GPs have the correct training, as most people go to their local doctor for support for their mental health.

“As part of the NHS long term plan, due very soon, we need to see a plan for how Government will work together to make sure people with mental health problems can get the right support.”

Regional variations
The Isle of Wight has a slightly lower proportion of patients with depression than the South East does overall, where 10.1% of patients on GP lists are diagnosed with the condition.

There are large regional variations across England. Rochdale has the highest prevalence, where more than one in seven patients have been diagnosed with depression, while in Newham, east London, more than one in 20 have the condition.

People more likely to reach out for help
Lucy Schonegevel, from the charity Rethink Mental Illness, said a huge amount of work has been done over the past decade to “reduce the stigma associated with mental illness”.

“People are more likely to now reach out for help and rightly not feel ashamed to do so.

“We also have better data collection now than in previous years, so we have a more accurate picture of mental health problems across the nation.”

Ms Schonegevel added that a rise in demand must be matched by “much needed improvements to services”.

Earlier this year the CQC said that improvements were still needed at the Isle of Wight NHS Trust, after rating it as Inadequate in 2016.

“Mental health is a key priority for Government. We are transforming services with record amounts of funding, with the NHS spending almost £12 billion on mental health last year.

4 Comments on "Rise in Isle of Wight depression diagnoses must be matched by improved services, says charity"

newest oldest most voted
chrisinthemorning
Thanks for supplying a link Sally. Looking at the graphs – and I am no expert at interpreting these things – it looks as if depression is increasing at a similar rate across other areas in the South East. Presumably austerity, wage freezes, rising prices and Brexit insecurity are taking their toll. I wonder why Newham has such low rates of diagnosis of depression when it’s generally… Read more »
Vote Up3-2Vote Down
realitycheck
Sorry – where is the specific data relating to the Isle of Wight…??? You have reported a percentage but what cohort of patients does this refer to ? Adults, older adults, children, all ages…? What about year to date for this financial year, noting that this data is over 9 months old…? Where is the information relating to the improved services on the IoW for mental health… Read more »
Vote Up0-10Vote Down
Sally Perry

The information in the article is accurate. The data is the latest available and comes from Public Health England. It relates to 18+ residents and can be found in more detail here.