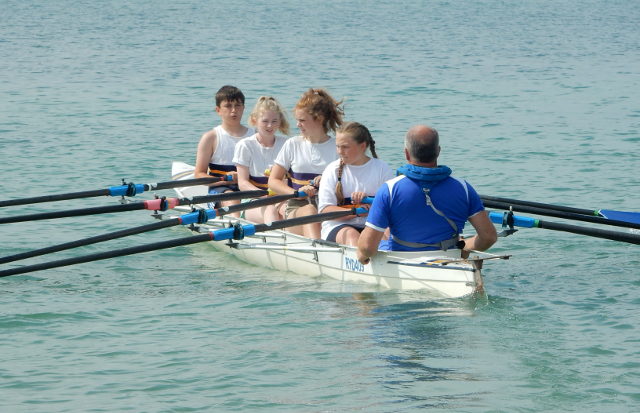 It’s where Hants & Dorset ARA and Coast ARA Clubs race together giving a useful guide to the Club’s and associations prospects at the South Coast Rowing Championships, to be held this year at Deal, in September.

J16 Fours
Tom Starkey, Tye Cameron and Ben Sanderson were joined by Freya Drage – with Dan Sanderson coxing again to compete in the J16 Fours event – where they finished in sixth place – racing against all male opposition.