What a mammoth effort from Sam Blanchard, who swam 9km in the sea against the wind, then cycled 96km around the Isle of Wight and ran a marathon all in 15 hours. Here’s why 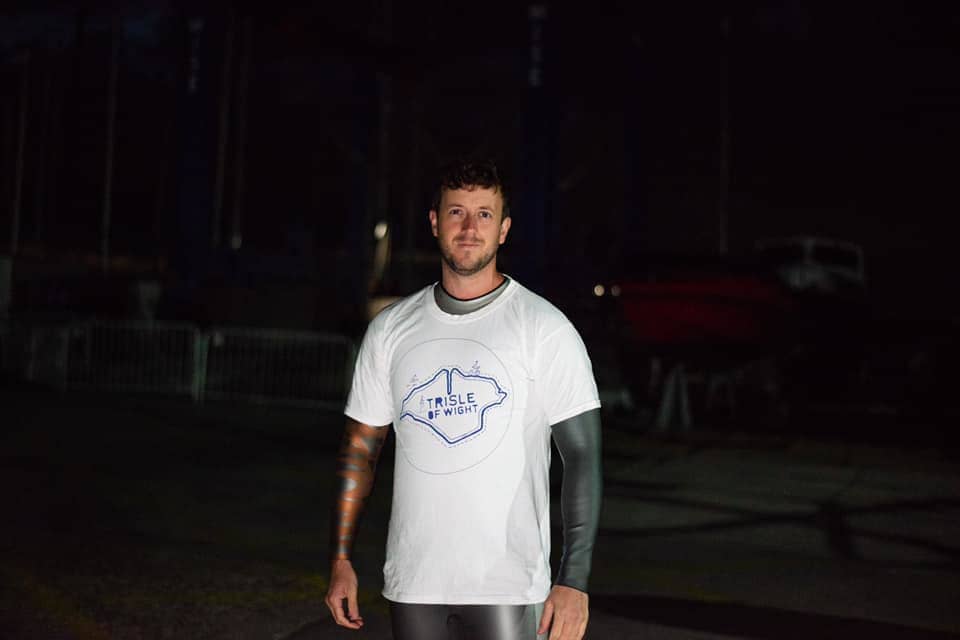 Last Wednesday News OnTheWight reported on the start of a 24-hour triathlon challenge by Sam Blanchard. His aim was to raise awareness (and money) for the PSP Association – who support families affected by Progressive Supra Nuclear Palsy

Sam was attempting, over the course of 24 hours, to swim 9km in the Solent, cycle 96km around the Isle of Wight and then run 42km from The Needles to Yaverland.

The 12 months of training certainly paid off, because not only did Sam complete this grueling challenge, but he did it in just 15 hours.

It finished just before 10pm the same day with Sam running to the finish line to a backdrop of cheering and ringing from supporters.

It was a mammoth effort

Raising awareness for PSP
Supported by family and friends, Sam has set himself this challenge in order to raise awareness of Progressive Supra Nuclear Palsy (PSP), what he calls a ‘cruel condition’ that affects his Dad, Mark Blanchard.

Mark was himself a keen athlete who enjoyed sea swimming in Gurnard Bay and was a keen cyclist – holding the title of chairman of Vectis Cycling Club from 2013-2016.

Funds will be split between PSP Association, Mountbatten and Surfers Against Sewage (you choose on the page which organisation you want to support)

You can find out more about Sam’s challenge over on his Trisle of Wight Facebook Page.