Sandown Mayor reports resident to the police after they asked questions

The Mayor of Sandown told this resident that he’d been reported to the police after he’d emailed her a question. In her reply she also accused him of “attempting to destabilise the Council” and labelling his enquiries “pure nonsense”. She was silent when OnTheWight asked her ‘Why?’ 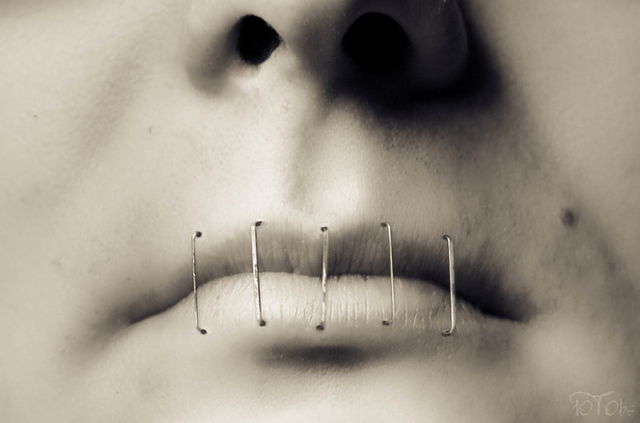 A husband and wife from Sandown who have taken an interest in how the local council is run have both been warned to cease asking questions or be labelled ‘vexatious complainants’.

In October this year, the Sandown Mayor, Cllr Jacquie Mereweather, accused Colin Midmore of “attempting to destabilise the Council” and claims his enquiries were “pure nonsense”.

He had most recently written to the Sandown Town Council (STC) to ask:

“Please could you advise under what authority an Extraordinary Town Council Meeting was held last night without the required public notice?”

Put “into the hands of the police”
In an email response which OnTheWight has seen, Cllr Mereweather told him,

“This is bullying and harassment and has got to stop.

“We are putting this matter into the hands of the police as harassment is a criminal offence.”

Midmore: Action “seems a bit extreme”
Six plus weeks later and Colin confirmed to OnTheWight that he had not received any communication from the police. He told OnTheWight,

“They are not happy because I ask difficult questions and run Sandown HUB, but it does seem a bit extreme to put it in the hands of the Police.”

Jane says that she’s only ever asked two questions to Sandown Town Council, 1) for an update on the launch of the new Website and 2) when the individual items over £500 would be updated on the STC Website. Neither have been answered she says.

OnTheWight has asked the Locum clerk the reason behind sending Mrs Midmore the threat of being dealt with under this policy and will update once we hear back. We hope the Locum clerk will outperform the terrible response rate of the current Clerk to our press enquires.

The term vexatious is recognised in law and means ‘denoting an action or the bringer of an action that is brought without sufficient grounds for winning, purely to cause annoyance to the defendant’.

As the warning from the clerk refers to behaviour “in writing and on social media”, it’s possible she has joining together enquiries to the STC with comments being made on social media.

Outstanding complaint against the Mayor
Colin told OnTheWight that he has an outstanding complaint, filed with Isle of Wight council, against Cllr Mereweather, alleging non-declaration of a pecuniary interest during the Sandown Community Partnership (SCP) row. Since then Sandown Community Partnership has disbanded, citing “unsubstantiated adverse comments against them”.

OnTheWight asked the IWC whether the complaint is still under investigation or concluded.

“It is the policy of the Monitoring Officer whose role it is to deal with such complaints not to comment on any issue that may be referred to her until such time as an initial assessment of the complaint has taken place, a decision has been made on how to deal with the complaint and this has been conveyed to the relevant parties.”

Awaiting response from Mayor and Clerk
We have also posed questions to Sandown Mayor and the locum clerk and will update once we hear back from them.

Full details of the Sandown Town Council’s Habitual or Vexatious Complainants policy can be found on their Website.

Image: tobifirestone under CC BY 2.0

newest oldest most voted
davimel
Oh here we go again.. More big talk from little people! For goodness sake just how stupid can folk be? Her JOB is to answer TO the electorate who she is ‘supposed’ to represent, as should the Clerk, locum or otherwise! Seems to me that a number of folk in positions of a small amount of power are just “Too big for their Britches” as my Mother… Read more »
Vote Up780Vote Down
chrisinthemorning

This is a little frightening. The police seem to have behaved sensibly, but this mayor clearly thought she had a right to criminalise behaviour that she found irritating even though the questions seem to be valid ones.

Vote Up220Vote Down
Alternative Perspective
Never read anything so ridiculous in my life. If you are a public body, then you are publically accountable, and members of the public have every legal right to ask questions. The recipient might not like the questions, or find them challenging and therefore uncomfortable, but that’s just tough. If you bought a faulty product, are we now going to call the police if you complain? The… Read more »
Vote Up47-1Vote Down
nitonboy1

Oh dear. You madam are a public official and it is the right of the aforesaid public to question your public life. Private is another matter.
(Probably an overner too!)

Anyone else getting nostalgic for the days of Uncle Joe Stalin & the Moscow Trials ?
“The people demand the life of this Mad Dog and his anti-Sandown Council activities! ” I have always said Sandown looks like Stalingrad architecturally but now politically as well.

Who is this “beacher” commenter? They allude to having confidential information about alleged correspondence, therefore they must be from inside Sandown Town Council but not bold enough to reveal who they are! How underhand and typical of this council.

The content of the letter(s) are irrelevant. Asking questions can never be considered ‘vexatious’. What is a vexatious complaint is the matter being reported to the police by the council….

I can confirm that your “reasonably good authority” is incorrect.

Vote Up10-4Vote Down
davimel
IF this is the case then why would this Woman report them to the Police but not report them to OTW when asked for a comment? The behaviour of many Councillors and members of their ‘support groups’ is becoming increasingly strange as an inexplicable sense of power seems to strike. It would do them ALL good to remember that they could all be back doing anonymous jobs… Read more »
Vote Up19-1Vote Down