As part of their celebrations, Independent Arts are looking for people that the charity has worked with over the last thirty years. 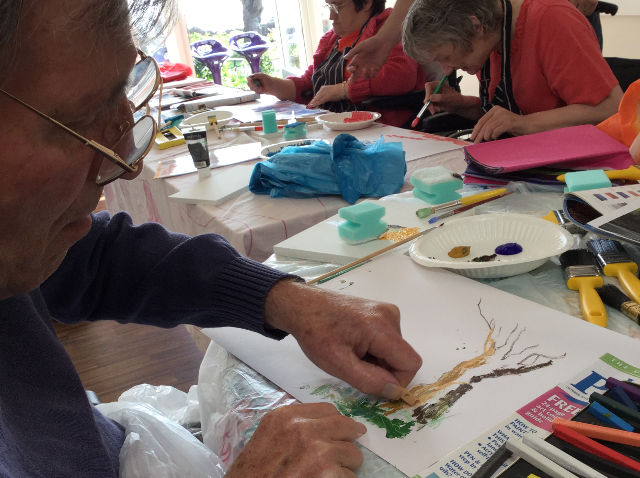 Isle of Wight Charity Independent Arts is celebrating its Thirtieth Anniversary in 2017. As part of their celebrations, they are looking for people that the charity has worked with over the last thirty years.

Since the charity’s inception in 1987, Independent Arts has delivered projects across the Island, working with various age groups and abilities. Running projects in local schools, community halls and the IOW Prisons, the charity has touched thousands of lives and helped some of the most vulnerable and disadvantaged people on the Isle of Wight.

30 years of support
Over the last thirty years, Independent Arts has been able to help local people though grants from numerous trusts and foundations as well as local donations in support of its work. Projects have been made possible by the generous contribution that its many volunteers have made during the past three decades.

Today, Independent Arts provides Workshops for Wellbeing in local care homes, as well as vital community projects such as SingAbout, DanceMakers, Creative Café and Creative Writers. Their sessions reach over seven hundred people a week across the Island.

“We are looking for stories to add to our timeline.

“If you or a member of your family has had their lives enriched by joining one of the projects Independent Arts has run over the last thirty years, then we would love to hear from you.

“If you still have an artwork you produced, photographs of an event you attended or just a happy memory we’d love to hear about it.”