What a bonkers idea, we wonder whether it’ll work

We’ve heard of swans carved out of ice and even hotels made out of ice, but this is one we hadn’t heard of before. 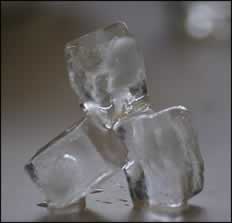 The Portsmouth News are reporting today that Producers for BBC1 programme, Bang Goes The Theory, have come up with the rather jolly idea of building a boat made entirely from ice and having their four presenters sail it across the Solent.

Putting science to the test
The programme, if like us you haven’t seen it before, sets out to put science and technology to the test. They run all sorts of weird and wacky experiments, aiming to inspire and engage viewers around the country. Check out the Bang Website which has loads of brilliant videos and info on it

The paper reports that the idea for the challenge came about as a tribute to a Second World War idea that was never followed through.

The ice boat challenge is due to take place next Thursday (26th August) when the boat leaves Gosport and heads to Cowes on the Isle of Wight.

Image: Cobaltfish under CC BY 2.0